Why So Many Off-Roaders are Heading for Rough Country

About 80 miles northeast of Memphis along the Forked River sits the town of Dyersburg, Tennessee. Back around the time of its founding in 1818, Dyersburg was a steamboat hub that soon saw a trade boom due to its access from the Mississippi River.

The legendary town quickly became known as a destination for tough Americans that arrived to work in its timber industry. Within a few decades, Dyersburg saw new industrial growth, this time thanks to the arrival of the Mississippi Valley Railroad. 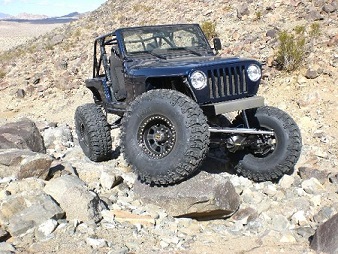 Given its gritty history, it is no surprise that Dyersburg is home to a company called Rough Country. As a founder of the off-road industry, Rough Country is one of the fastest growing manufacturers and distributers of suspension systems and accessories.

From the Rubicon Trail in California to the Silver Lake Dunes of Michigan to Rausch Creek Off-Road Park in Pennsylvania, the United States is home to some of the best off-roading spots. And Rough Country’s popularity as the place to turn for off-road machine gear lead to a saying among adrenaline junkies looking for high-octane mudslinging and rock crawling; “If it’s not Rough Country, it’s not off-road.”

In recent years, Rough Country has been growing as rapidly as an extreme four-wheeler with suspension lifts and bull bars descending a 13,000 foot trail – which presented some technical challenges.

The Rough Country legacy system, created when the business was smaller, just couldn’t keep up with the company’s growth. But Rough Country was determined to keep up with their 99% same-day shipping promise. Part of the problem was that existing systems strained to keep pace as sales took off, struggling to process the rising number of daily transactions and work orders, and making it difficult to report on the growing volume of historic transactional data. The company knew they needed to act quickly.

“Syncing the inventory and accounting systems presented a growing problem as the number of transactions to post grew. We knew we had to get to a place where some of these tasks could be built in without worrying about crashing the system.”

Fortunately, SAP gold partner Softengine helped Rough Country evaluate and implement priorities for a new system. The Softengine implementation team integrated all operational and financial software processes under one platform, then installed a mailer extension from SAP. This tool enhances the core program functionality of the SAPs Business One application and creates the ability to automatically import online orders from third-party marketplaces.

Rough Country found the integration of SAP Business One into their system was as smooth as the operation of the new system itself. Chad Enochs, IT manager at Rough Country, rated the implementation and the combination of Softengine and SAP Business One as an “unqualified success” with business processes “boosted to the highest level ever.”

Customers of Rough Country will tell you that a well-tuned suspension system keeps their machines running at peak performance – even on the roughest terrain. And the lift SAP Business One gives to Rough Country’s IT infrastructure has this great Tennessee company doing the same.