Urban Resilience: How Municipalities will thrive amid the Challenges of the 21st century

More and more people are living in cities.  By 2015, 54% of the worldwide population resided in cities, up from 34% in 1960. And the urban population is forecast to continue growing according to the United Nations Department of Economic and Social Affairs, Population Division (2014). World Urbanization Prospects. (http://www.geohive.com/earth/pop_urban.aspx ).

Many municipalities are already challenged to provide the services citizens need in the best of times. Add the pressure of increased urban migration and a wide range of potential natural and man-made stresses, compounded by limited financial resources, and it’s no wonder many municipalities are struggling to build a sustainable future for themselves and local residents.

So what is Urban Resilience, and how can governments create a plan for their communities and cities to deliver on it?

“Urban Resilience is the capacity of individuals, communities, institutions, businesses, and systems within a city to survive, adapt, and grow no matter what kinds of chronic stresses and acute shocks they experience”

When a major weather-related event, disease or a national security special event happens in a city, ever more people, businesses, and institutions are affected.  Living in Washington, DC, I recently had first-hand experience with Jonas, a major snowstorm which dumped about 24 inches (60 cm) of snow in my neighborhood in a day and a half.  That’s a lot of snow in a short period of time, even if you live in a snow belt! 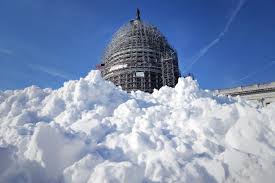 DC does not typically get a lot of snow, so does not have enough of its own equipment to deal with a major storm like Jonas. But city officials showed resilience in their actions. City officials encouraged drivers to stay off the roads so they could plow. They brought in equipment from other municipalities, states and private businesses.  Federal and local government, airports, businesses and even Metro closed for a few days so the city could clear roads. Meanwhile, citizens and businesses shoveled sidewalks and tried to navigate through huge snow piles left by snowplows (see above). It took more than a week for all schools in the region to re-open, and even then, some were on delayed schedules because back roads were still covered with snow and ice.

All in all, I have to say, the city demonstrated much better urban resilience in 2016 than “Snowmageddon” in 2010. City officials had plans in place to clear roads, bring in supplemental equipment to clear roads, and used public service announcements to notify citizens.

The New York State Office of Emergency Management’s NY-Alert communicates safety and emergency information to New York citizens’ mobile devices. Citizens opt in to the service and can customize some preferences. For example, school closings would be relevant for parents of schoolchildren but may not be of interest for retired “empty-nesters.”

The City of Boston Department of Public Works built applications in 2015 using in-memory data, analytics, geo-spatial information and sensors to manage the snow response on its 850 miles of roads. The SnowStats web application provides the public’s lens into Boston’s snow response. This site displays real-time information on the City’s snow preparations, plowing and clean up. A constituent can enter an address and see the current response activities, snow storm projections, equipment and staff on task, progress clearing that immediate neighborhood, and the actual plows and drivers working nearby. Driven by data from the internal SnowCOP (Common Operating Picture) solution, SnowStats provides peace of mind while humanizing the response efforts for the city’s residents. This video tells the story.

We are just getting started to improve urban resilience with technology. We are limited only by our imaginations and resources.

We’d love to hear your stories about how technology enables urban resilience in the comments. Feel free to chime in!

Public Technology Institute published results of a disaster planning poll today. An important part of resilience is planning for the event. 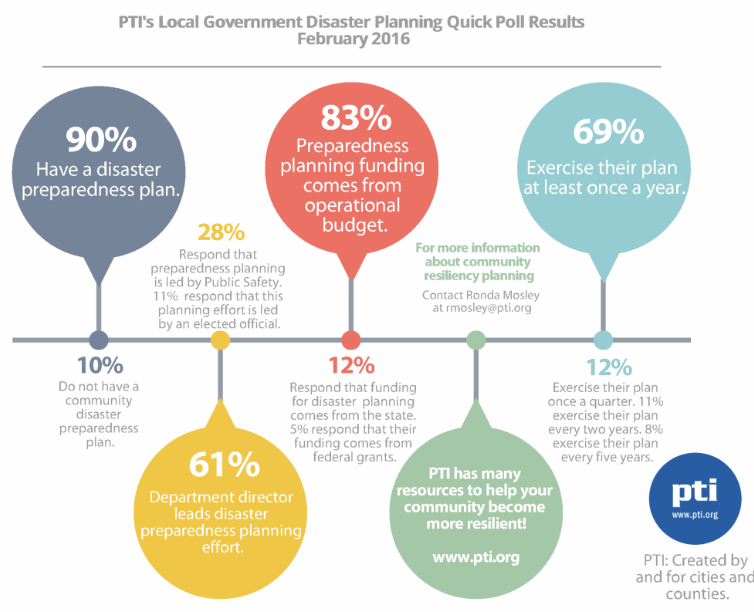 This blog focused on the citizen aspect. We may discuss other aspects, such as emergency response in future blog posts.

Feel free to offer suggestions. We'd love to share our thoughts and want to share what is most interesting to the community.

Great Article. You are absolutely right, with right technology, citiy officials can react with better plan of action. I hope SAP is focuing on providing the "right" technology as we do have the innovation mindset and technology.

An excellent use of big data.  A major step toward achieving a state of antifragility as described by Nassim Nicholas Taleb in his book "Antifragile"  where we are prepared for unanticipated events.