As we discussed in part one http://scn.sap.com/community/enterprise-portal/blog/2016/02/02/ep-theming-a-simple-overview-part-1 of my theme dedicated blog series we have covered the basic concepts surrounding Portal Themes, their management in terms of storage and also the permission setup in association to them.

In this second posting in the series we will cover the fundamentals between the tool core tools (past/present) which are used in theme generation and editing. 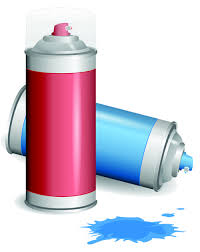 Perhaps the more familiar of the two tools for users of older previous NW + Enterprise Portal Versions. The theme editor was the first tool creation mechanism introduced alongside the Enterprise Portal and provided users with the functional platform required to customize and edit themes to achieve a desired “look & feel”.

The Theme Editor was first created in 2002 and was based upon the classical older UI.

With the Theme Editor each and every theme you create and label as a “customized” theme is based directly off a SAP Standard Theme. Such an approach allows you as a theme creator to change the core elements of a theme to meet your needs e.g. font, images and background and colors.

Working with the theme editor requires the relevant permissions and authorizations discussed in Part 1. To create or edit a theme you require a Content Admin role and to assign a theme to a desktop display you require an Admin role.

With the UI Theme Designer custom themes are saved within the newer format of WRR while the Theme Editor involved the storage of themes within the Portal Design Data.

You can overview this cross comparison yourself by simply viewing the changed URL between the two:

Moving from the Theme Editor to the UI Theme Designer