Our CRM system contains huge volumes of data relating to our customers and contact persons. The quality and up-to-dateness of this system, however, are an issue. Many colleagues question the relevance and usability of the data analyses, complain that data maintenance is too complicated, and moan about the application being too old. In short: the call for a new tool is getting louder and ever more frequent.

For me as an IT expert, that’s music to my ears. One of my credos, however, is “A fool with a tool is still a fool.” Of course, I’m not trying to say here that my fellow colleagues are all idiots – on the contrary! I think very highly of them. Nevertheless, it’s pretty clear that the way in which data is currently entered and analyzed in our CRM system leaves a lot to be desired in terms of employee motivation.

We therefore put together a team of five colleagues to take a closer look at this issue. After some discussion, we came up with the idea of making data entry as attractive and as simple as possible, so that employees could enjoy entering information from their customer meetings quickly and without much effort. At best within five minutes tops, via online app.

That would transform the entire process surrounding the CRM system.

Today, employees enter data directly in CRM via VPN connection on their computer or laptop. Which is rather cumbersome if traveling on the train, and next to impossible when traveling by car. So most do it in the evening in the hotel or at home. And we all know how that ends up. But the ability to save that data directly into our existing CRM system via online app?! Now that would be something!

Our vision: The information to be entered is restricted to just a few fields and always offered in the form of dropdown lists. That would make data entry easier, faster, and less prone to mistakes. The details of the customer discussion are dictated into the app on your cellphone and automatically saved as text in CRM. Follow-up activities and resubmissions are activated via dropdown list in the app and set in CRM. So far so good.

The next challenge was to convince 30 colleagues from consulting that this new app would make everyone’s lives much easier. Even without a new CRM system in place (which probably would not have led to any major improvements in data maintenance anyway).

In order to get the colleagues on board, we turned to SAP “Scenes” to help us illustrate the process workflow in a visually appealing way. Available templates can be downloaded here.

“Scenes” is a discovery and design tool based on the idea that simple illustrative storyboards help the audience understand content more easily. A lot of people lack confidence when asked to draw, though. That’s why the tool comes with a set of predefined figures, objects, speech bubbles, and so on, which the users can combine into scenes to depict their processes, products, and services. The elements of a scene can be viewed from all sides and moved around as required. What’s more, the elements are writable, which means they can be customized to your individual needs. As such, this modular approach empowers just about anyone to create and collaborate on storyboards in a workshop. For more information about “Scenes,” read the interview with Karen Detken here (in German only). How SAP “Scenes” came about.

Thanks to “Scenes,” it took us just 15 minutes to convince everyone of our new process!. The colleagues then divided into smaller groups to discuss and consolidate the proposals for the fields and dropdown lists, which we had prepared in advance. As usual with consultants, these discussions took up the lion’s share of the workshop. BTW: they also took much, much longer than the time frame allowed! 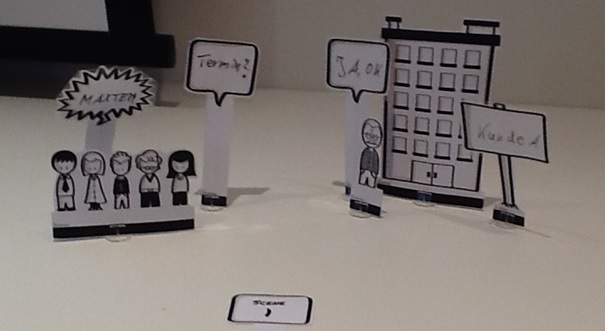 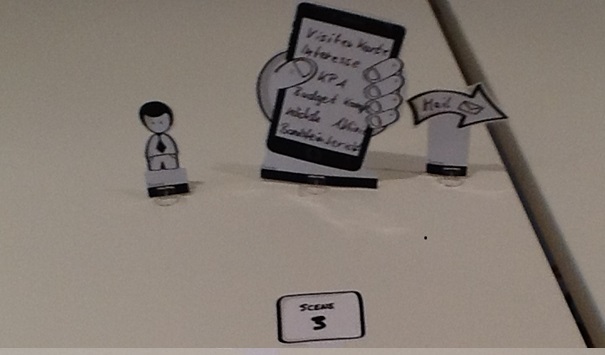 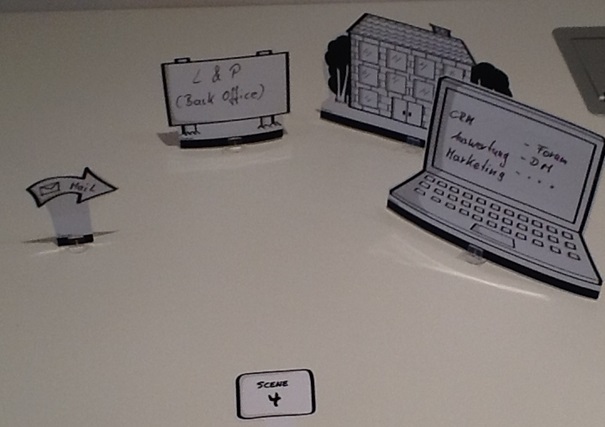 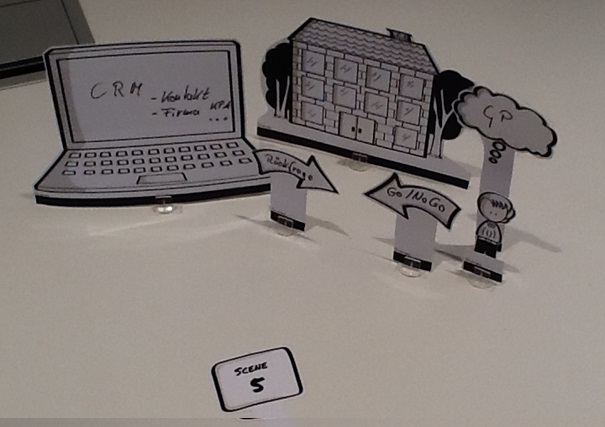