Earlier this month, SAP Greater China held its sales kickoff in Beijing. Fortuitously timed between the Gregorian calendar New Year and Chinese New Year, there was a lot to celebrate. Last year was both the 20th year anniversary of SAP’s presence in China and the most significant year in terms of customer momentum and support for the Chinese government’s path to digitization. Bill McDermott and Michael Kleinemeier, executive board member for Global Service & Support (GSS), both reiterated the message that China is SAP’s second home.

Despite concerns about the Chinese economy, Bill is bullish on China.

Mark Gibbs, Managing Director of SAP Greater China, was also excited, saying FKOM is his favorite time of the year. For Mark, the FKOM theme of “No Limits” is particularly relevant for China this year. “With the markets moving up and down, there are clearly a lot of challenges in China. However, that uncertainty brings opportunity for SAP.”

Mark said the main opportunity lies in three important government initiatives: Internet+, Made in China 2025 and One Belt, One Road. Additionally, 2016 is the year that China embarks on its thirteenth five-year plan. Taken together, these efforts mean China is on the fast path to digitize business and industry; and more closely align the economies and infrastructure of the former Silk Road, over 60 countries.

Last year SAP grew closer to the Chinese government with several meetings in Germany and China that engaged German Prime Minister Angela Merkel and high-ranking Chinese officials. Its efforts culminated in a meeting with Chinese President Xi Jinping at the World Internet Conference in Wuzhen, where he saw demonstrations of SAP innovation in manufacturing and sports.

For everyone attending FKOM Beijing celebrating the accomplishments of the SAP Greater China team, the event was most decidedly both.

The celebratory mood continued at the gala dinner. To start, Bill and Mark presented basketball superstar, Yao Ming, with a donation of 30,000 Euros for his foundation. The organization supports education and sports opportunities for underprivileged children in China. 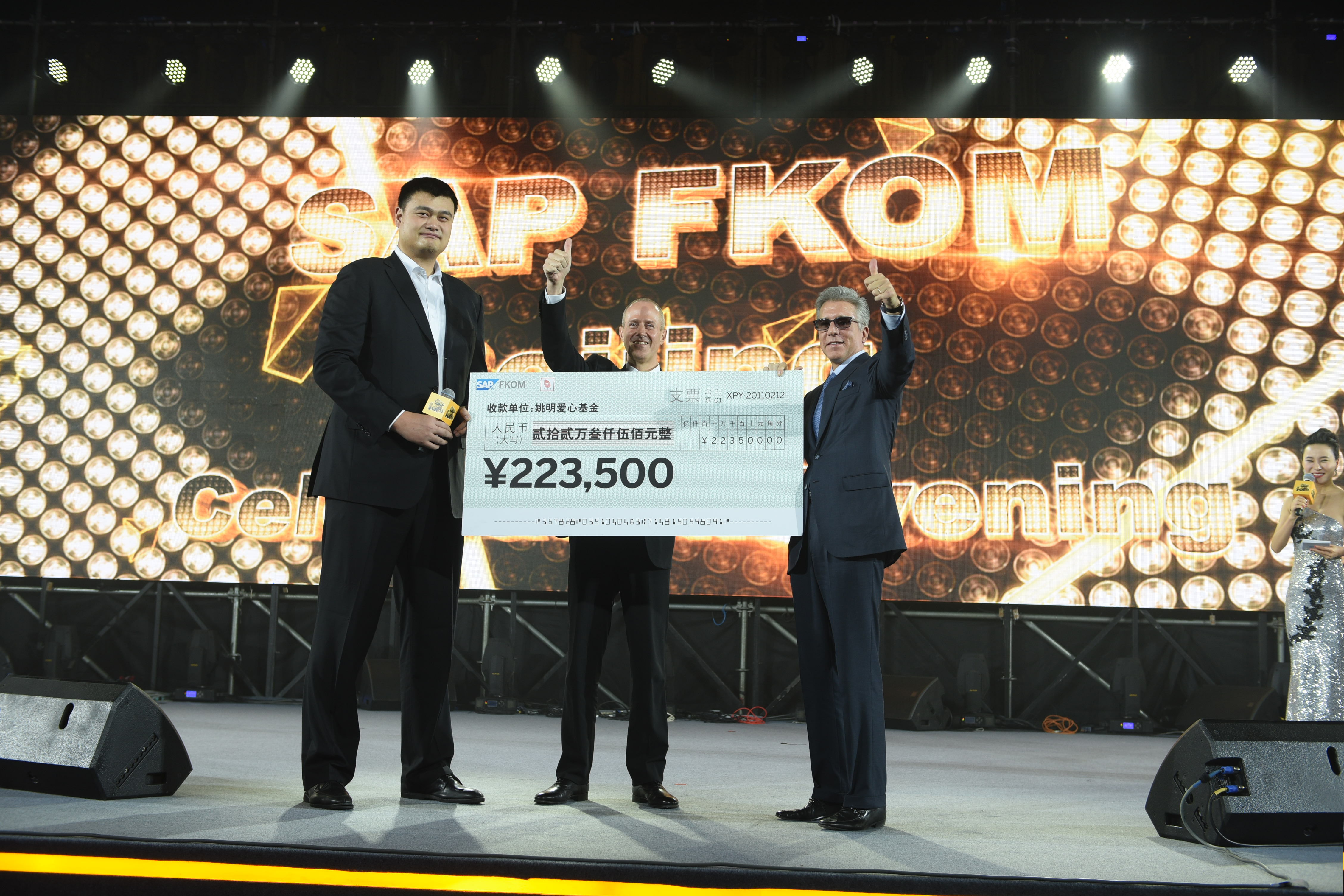