Where are all the women in Tech?

Where are all the women in tech? There are, of course, very high profile female executives who are great examples to all of us (Ginni Rometty, Marissa Meyer, Susan Wojcicki are just a few). But what about the many thousands of strong female leaders in tech whose every move is not covered by mainstream media? People like Daniela Lange, who leads product development for systems that process payroll for over 80-million individuals worldwide, and Satya Sreenivasan, leader of a team of developers working on the next generation of medical analytics software, who speaks passionately about the creativity and artistry that goes into writing code. These women are exemplars, and we need to make an effort to find and share their stories; each one has the beauty of being both extraordinary and tangible. 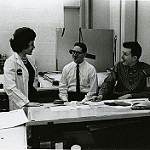 The excuses around why we don’t hear more from these women are generally one of the following: “we can’t find any women” or “women don’t self-promote as much/as well as men”. Controversial? Perhaps. My experience has been mixed: some years ago, a dear (and sadly, recently departed) friend asked me to help program a new conference series. Today, the highly respected and successful Social Shake Up events have a near 1:1 ratio of men to women. My conclusion? Conference organizers or journalists who “can’t find any women” are simply not doing their homework. Conversely, while working on a writing project just before taking my current role at SAP, I began interviewing startup CEOs. The good news? 100% of the men accepted my interview requests. The bad news? A disappointingly low 30% of the women did. Successful women are important role models, and as such, I believe self-promotion is actually a responsibility.

The examples offered to young women and men shouldn’t be a choice between Sheryl Sandberg’s level of success or nothing. We need to hear the voices of successful women across the spectrum – to see ourselves in their journeys and to inspire young women everywhere to pursue technology at school and in their careers.

So, if you’re a woman in tech – step up and tell your story. And if you’re someone who tells stories about the technology industry, make sure you do your research, because, as Daniela Lange puts it so eloquently, “There is nothing inherently masculine about making software”. Many women are doing it, too.

Starting in May 2015, the SAP News Center began publishing “Spotlight on Women Leaders at SAP”, an effort to showcase the many exceptional female leaders at SAP.