Established in 1997 as an association of three producer networks, Fair Trade International currently handles 19 national labeling initiatives around the world. Today there is rapidly growing awareness and demand for Fair Trade Certified products. A big reason for the geometric growth in demand is that purchasing Fair Trade labeled goods empowers consumers with the ability to obtain a great product while reducing poverty through the free markets – a veritable win-win.

According to a market research survey published in 2015 by GlobeScan, the Fair Trade label is the most top-of-mind, ethical, and environmentally friendly product label in the world. Thousands of consumers in 16 countries around the world participated in the survey, and of those 80% also said the Fair Trade mark would have a positive impact on their perceptions of brands.

A few other facts about the growth of the Fair Trade movement:

The number of Fair Trade labeling organizations has grown rapidly around the world in just the last few years. However, back in 2000 and long before the recent demand for certified products began to intensify, Choice Organic Teas of Seattle, Washington became the first tea crafter in the United States to offer Fair Trade Certified tea. 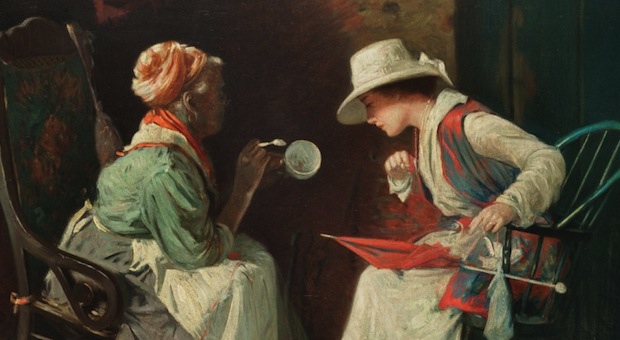 Choice Organic Teas works closely with international growers from the tree-lined hills of the Thotulagolla Tea Garden in Sri Lanka to the Makaibari Tea Estate at the foothills of the Himalayas, and the company is widely credited with greatly expanding awareness of the Fair Trade form of trade. In fact, they continue to offer more varieties of Fair Trade Certified Tea than any other tea company in North America.

Not surprisingly, Choice Organic Teas is also North America’s number one selling certified organic tea line. As the company grew to include more varieties, more employees, and more facilities, their back-end systems needed to improve to keep up. They tried for a long time to make due with basic accounting systems, but there were too many redundancies in their processes and the margin of error was too high.

The company searched for a cloud-based ERP solution it could trust to manage accounting, production, and inventory. The company experienced what VP of operations, Ray Lacorte describes as, “a few false starts,” when trying everything from out-of-the-box solutions to unreliable basic spreadsheets. Finally, at the end of a long road of trial and error, there was a bright spot. Fortuitously, the company turned to SAP and SAP gold partner, Softengine, to help revamp its reporting and analytics tools. The result was a system that tracks everything related to inventory, from ingredients to sales performance.

“We feel like we’re in great hands with Softengine and the SAP Business One application they installed. It’s nice to finally put all those unreliable ERP systems and redundant procedures in the rear-view window – and we ‘ve barely scratched the surface of what SAP Business One can offer us.”

Choice Organic Teas surely had no way of knowing so many years ago that principles steeped in an environmentally-friendly and ethics-driven Fair Trade philosophy were going to begin to become so important to consumers when making purchases today.

Ultimately, though, doing the right thing always ends up being the best decision – and the endearing success of this great American tea company is living proof of just that.