A new year, a new beginning.

Reborn, like Jake Sully at the end of Avatar. That’s how I’ve started 2016. It felt good to go to the first SAP Mentor gathering around SAP’s annual DKOM (Developer Kick-Off Meeting). In this internal event, we (SAP developers and SAP Mentors) got to hear and see where SAP will place it’s focus in 2016. So I would say an ideal event to kick start the new year.

What are SAP Mentors?

For those who are not familiar with the SAP Mentors, we’re elected into our role by the SAP Community, by SAP and by other SAP Mentors. We represent the community at large, we voice for other community members, customers & partners and we influence SAP in many different ways and one of those way is meeting up with executives and product teams to provide feedback on where SAP is going, what we’ve noticed and where things can be improved. SAP keeps us informed on what they are planning and doing and by doing this, we also get more insight so it’s the base model for a win-win situation. We’re not SAP cheerleaders either so we prefer candidness, while we will try to solve this in doors first within these meetings, if we feel strong a change is needed and SAP isn’t listening we take it to the community at large. In past cases, this has helped push the needle on several topics, alongside with other groups who do similar efforts like user groups which are provide a lot of feedback to SAP.

The SAP Mentors had a breakfast with a number of executives of SAP. During the day, we had a meeting with Björn Goerke (Executive Vice President and Corporate Officer, SAP Product & Innovation Technology at SAP), Sam Yen (Chief Design Officer, SAP and Managing Director, SAP Silicon Valley) and Tanja Rueckert (Executive VP Internet of Things & Customer Innovation at SAP – IoT, Industrie 4.0, localization, custom dev&innov, HANA).As always valuable discussions which are greatly appreciated by both sides.

We were on the showfloor, it really felt like TechED on the second day to present ourselves to the developers of SAP. Luckily we had some visits so we’re spreading the word about what SAP Mentors are and what we do inside of SAP as well. 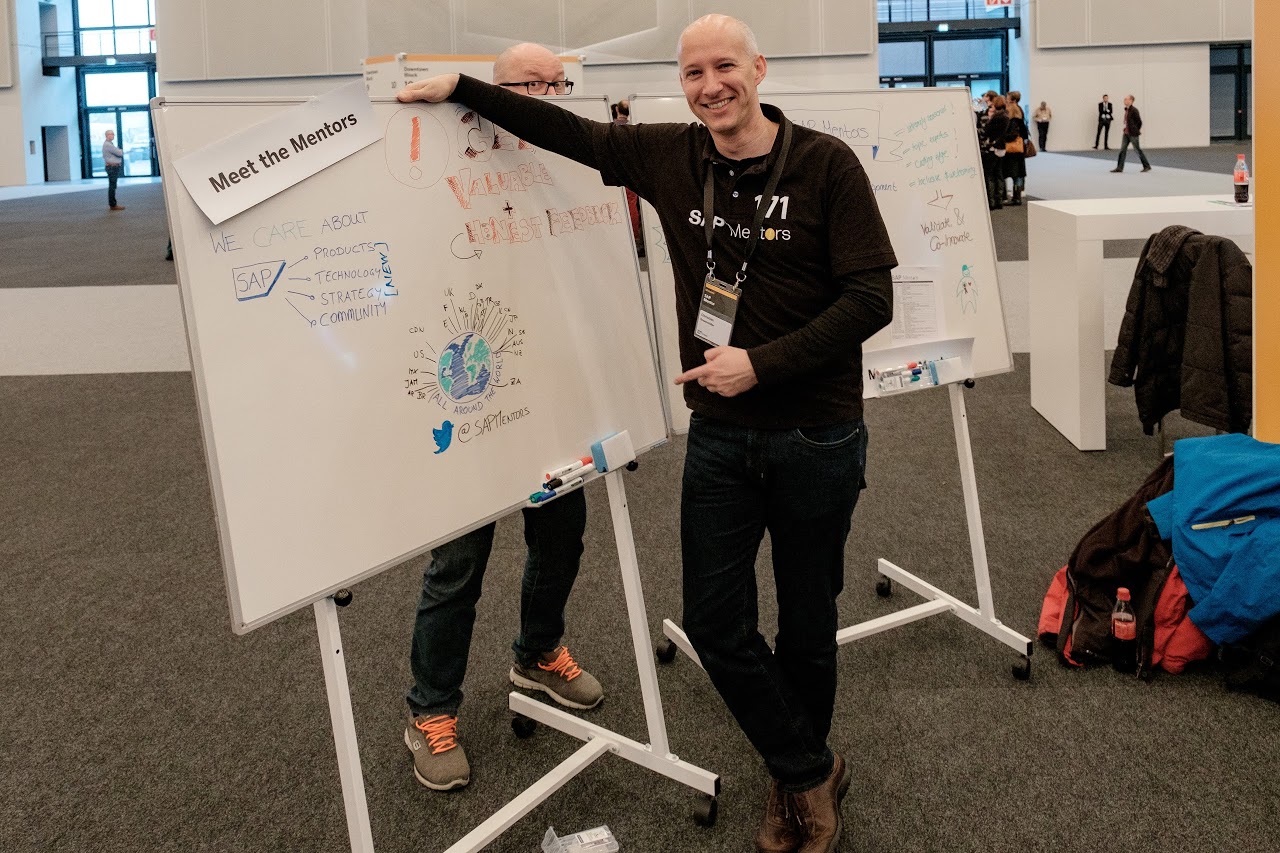 A couple of sessions by SAP Mentors outside of “Meet he SAP Mentors as well”. Tobias Trapp presented to SAP his findings on recent implementations that involve user experience elements of SAP and a bunch of SAP Mentors (Gregor Wolf, Tom Van Doorslaer and Martin Steinberg) teamed up with Thomas Grassl (Global Head of Developer Relations and Marketing at SAP) to have a panel discussion around the future of SAP developers. 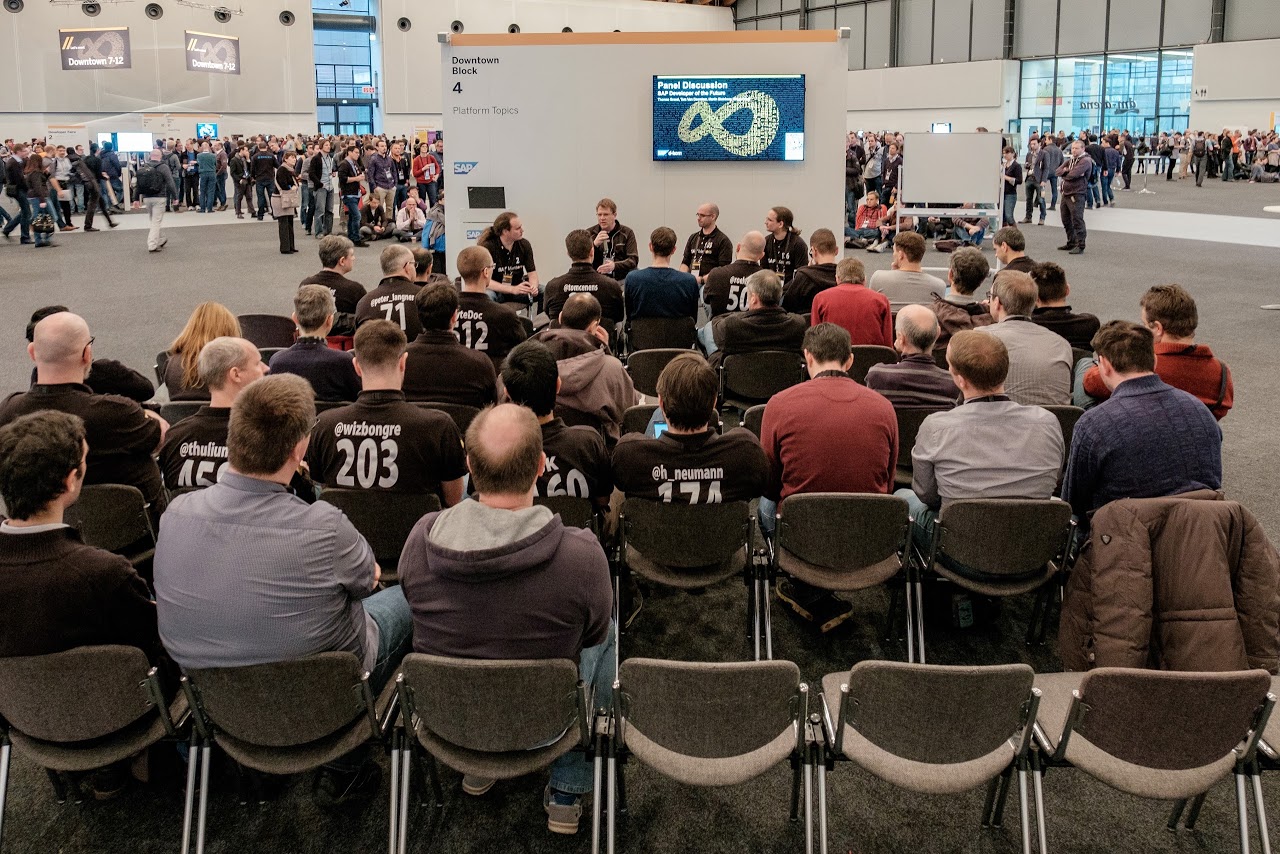 We also forged new connections and those will be transformed into virtual meetings with those respective teams first which can then afterwards be translated into physical meet-ups when the opportunity is there. 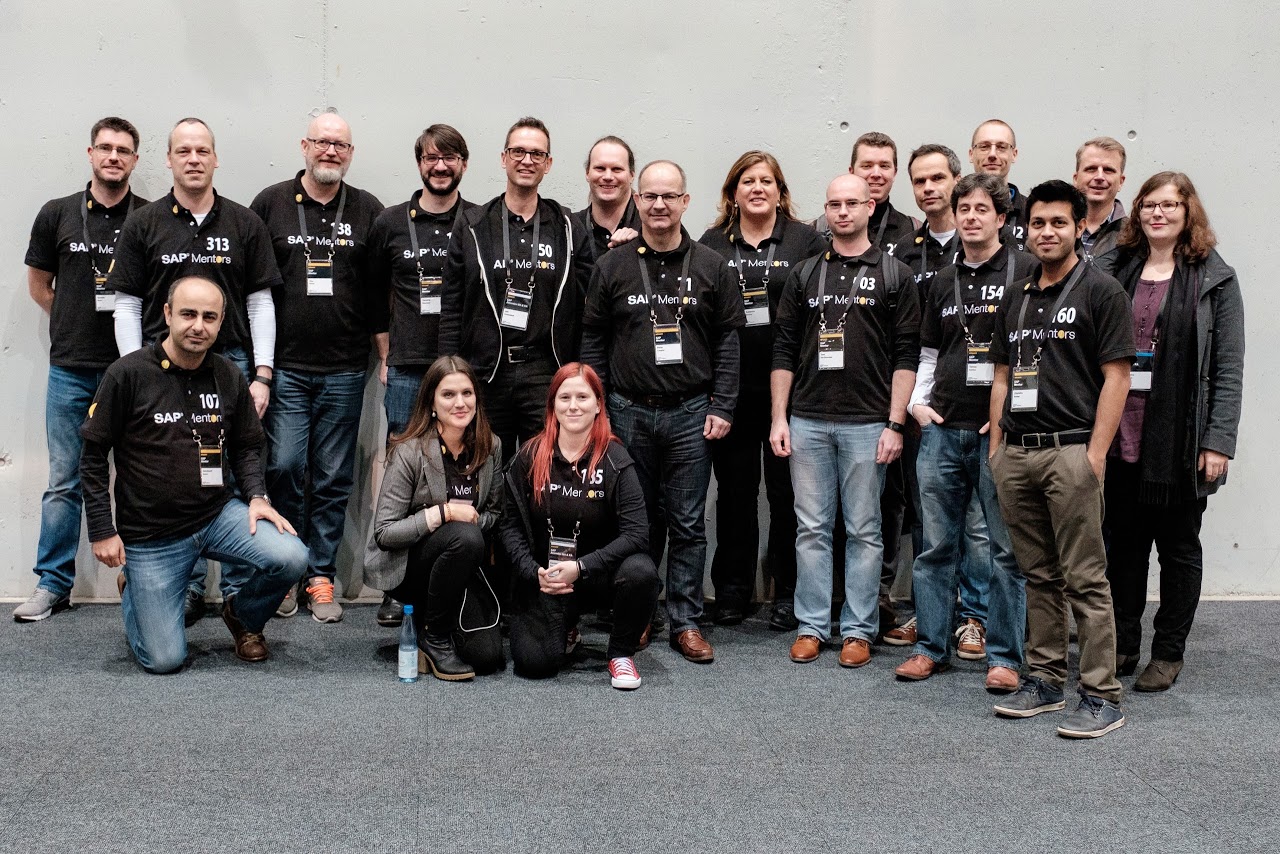 That’s all I can share about this right now because content wise, what happens at DKOM stays at DKOM.

I hope you had a great time!

I had a great time. I found both days very valuable. The first day was a good "current status" of what's going on and where the focus will be in 2016, I'm not a developer as such so for me the keynotes were fine (sufficient code for me in other words 😉 ). I also believe it's important for the developers within SAP to know what's going on in the different area's so from that perspective I also found it positive.

The second day was mostly (for me at least) spent in meetings + SAP Mentor activities so I didn't catch much of the sessions on the floor unfortunately - that's a note for myself to try and arrange SAP Mentor meetings on the day before DKOM kicks off so we can spent more time attending sessions ourselves as well. The meetings were also valuable though.

thanks for the info Tom, I think this year 2016 is going to be a game changer in terms of technology, in fact last years have been very exciting in terms of tecnlogy as SAP is changing the business driven by the changes they did in their technology.

Hana, cloud, mobile, all those technologies are changing the products themselves and in the next months we will need to see how SAP is going to decide what to do with their line of products such as BW or MDM that have to deal with data.

More technologies means more architecture decisions, how the software interacts one to each other, one systems in the cloud, others on-premise, and new protocols... exciting at most, we'll have our ears open to hear from what you tell us in all terms.

Hi Tom, thanks for sharing this, and letting the larger community know what SAP Mentors are doing and how they're engaging and influencing SAP. The event looks and sounds like a fantastic learning opportunity for all. 🙂

Hi Tom, cool to see that Bernd Leukert mentioned the SAP MENTORS and your recap in his executive blog:

Kicking off the New Year for SAP Development: SAP d-kom 2016

Nice, I had read the post but somehow seemed to have missed the link there 😉

It's worth noting that SAP Mentors now have an OSS note of their very own!

It is Martin Gillet to blame for that 😀