There are various links in SCN, which guide us on the use of RF programming and the steps to follow while developing a custom program. But what if a standard screen from LMOB function group needs to be modified??

Here is the complete steps, which can be referred to add the customer fields to standard RF screen belongs to LMOB function group. 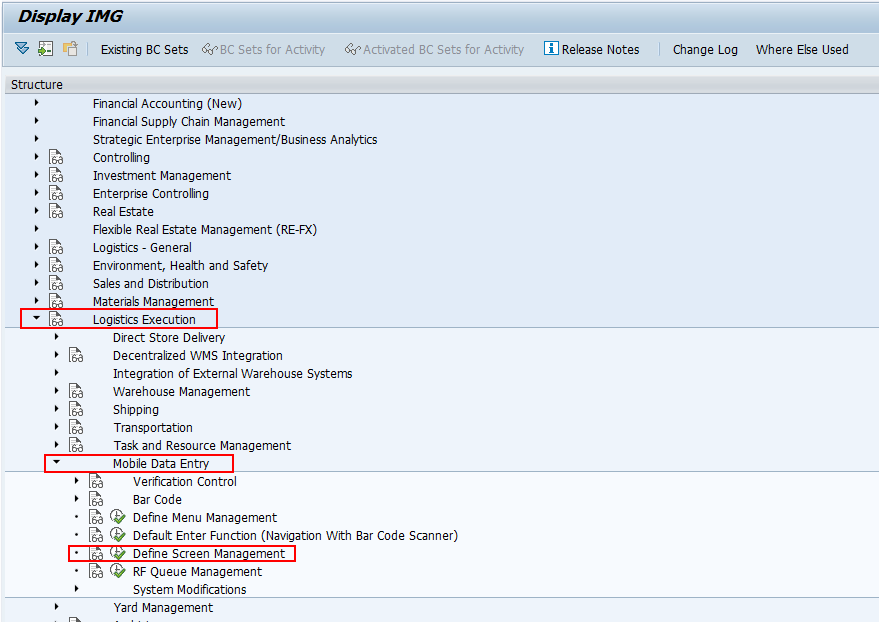 The program mentioned in the green color is nothing but the user screen i.e the screen which has to be created in that program as a subscreen. 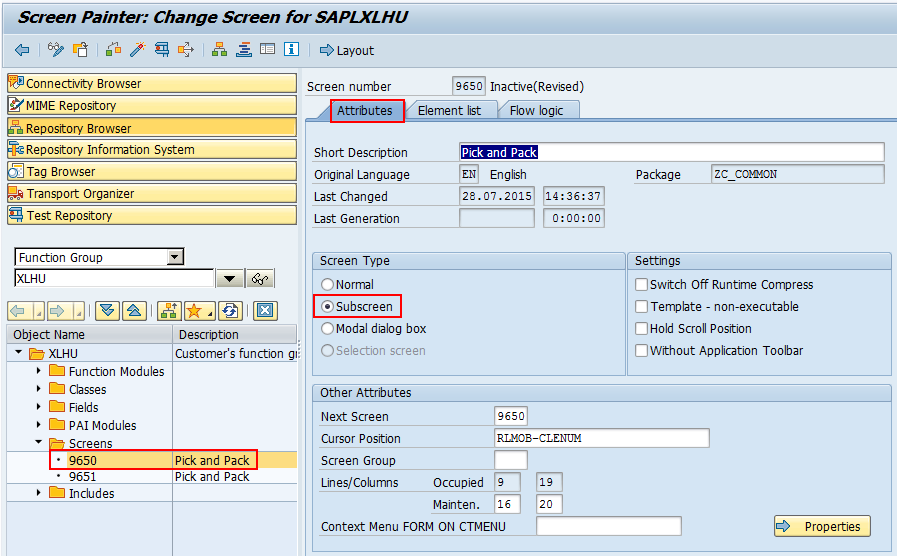 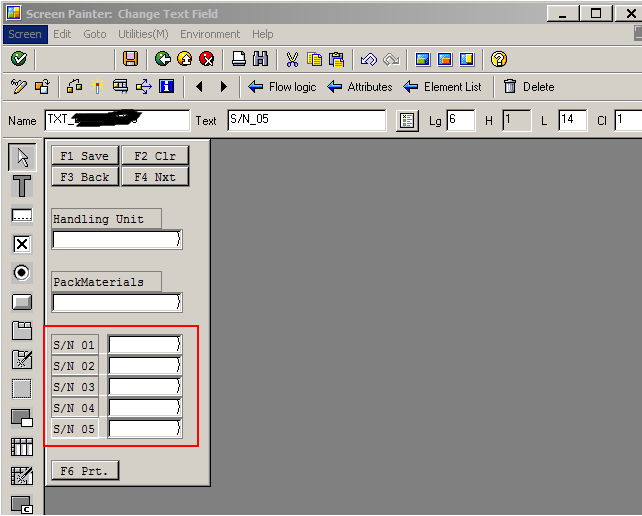 Note: The enhancement component can be identified by using the F4 help in SMOD transaction. Use the package name as search criteria

Note: The Variant in the Screen Management and in the LRFMD transaction should be same. 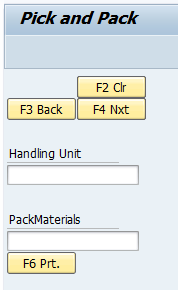 Thank you very much for this!!

I have to modify the standard LM45 as well so this post is invaluable, there's not much info around about this process, even the SAP help I've found is not detailed at all.

I just have one question, I see the fields you added are ready for input (as I need), but the SAP help says "You can add fields that are available through standard transactions to the existing screens. Currently, these fields can only be used for display purposes.".

Can you confirm there's no problem in adding custom editable fields?

Basically, when you implement the exits and do the configuration like setting the variant to '1' in screen management  for your screen means you have defined a customer screen, not a standard one.
So you can add the custom editable fields in your screen, there wont be any problems.

Excellent. I will try this approach.

Hello Rakshith, I have a problem with which you may be able to help.

Due to changing requirements I ended up leaving screen 0650 as standard (2650) and instead I'm creating a custom version for logical screen 0402, that is i'm copying phisical screen SAPLLMOB 2029 to SAPLXLRF 9402 as a subscreen so I'm able to add a pushbutton (which goes to another completely custom screen). So far so good.

The problem I have is with the PBO logic of the custom subscreen. Because all the logic is now executed on the main (dummy) screen 1402, the custom subscreen is showing standard fields and buttons which should be hidden, focus is not set on the proper field, etc. The same problem I had with screen 0650, but on this one it is more notorious because it's more complex.

My question, how to handle this? I tried replicating 2029 logic by creating a FORM which in turn PERFORMs al the logic of the modules, but I don't like this solution and I'm also not sure it is working entirely properly:

Another option would of course be to use just LOOP AT SCREEN and SET CURSOR statements to leave the custom subscreen in the same way, but this would not be dynamic as the standard is, so I'm not sure it's the proper solution either.

Which is the way to do this? I find no information at all even on SAP support.

EDIT: Precisely, you can see the same problem on your blog screenshots: In your custom version of screen 0650 the "F1 Save" button is shown, while the standard version hides it.