Make the S/4HANA Custom Code Analyzer work for you

Inspired by SAP Mentor Owen Pettiford’s blog Beginners Guide to Transitioning to S/4HANA 1511 On Premise edition for Existing SAP ERP 6.0x users, I followed his recommendation on Business Logic to “Use the Simplification List to understand the changes and try to adopt as many as you can before the switch.”

This led me to the excellent blog Upcoming Tools for SAP #S4HANA Migration – the simplification database by Sven Denecken and subsequent SAP Note 2185390 – Custom Code Analyzer.

From there on, there are many options how to approach making the S/4HANA Custom Code Analyzer work for you. Based on my experience, for a low footprint analysis, if you do not have a SAP NetWeaver 7.50 ABAP system already available yet

Especially important are columns Simplification Category and SAP Note, that explain the details. 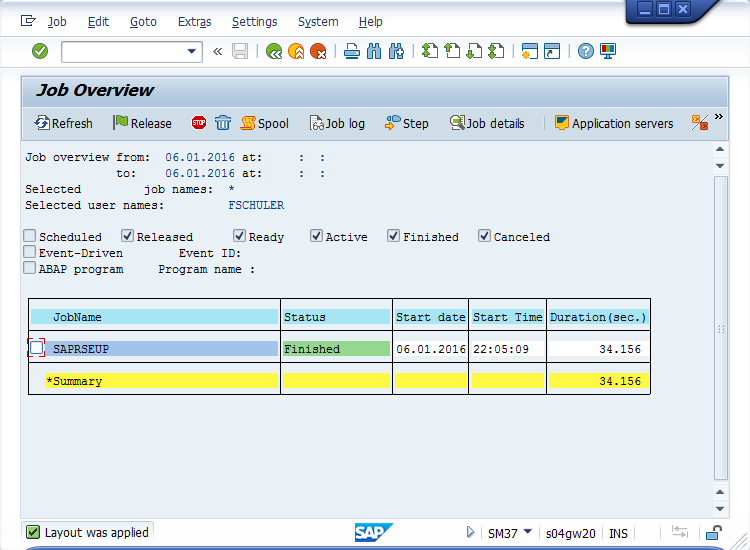 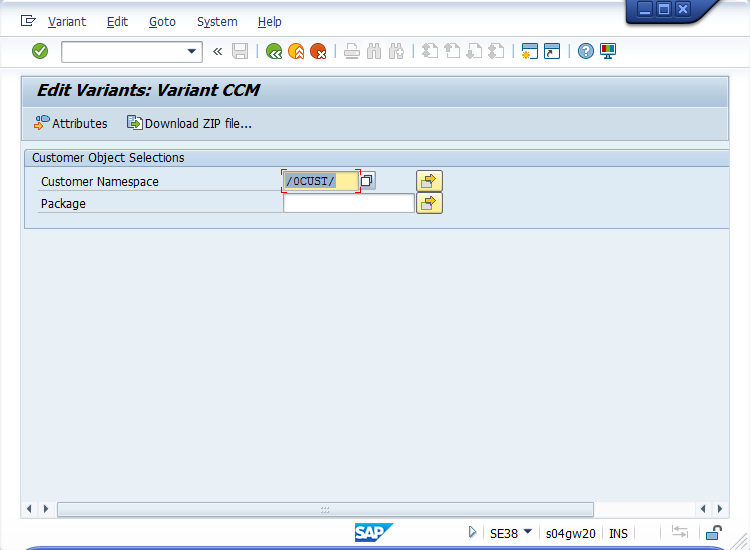 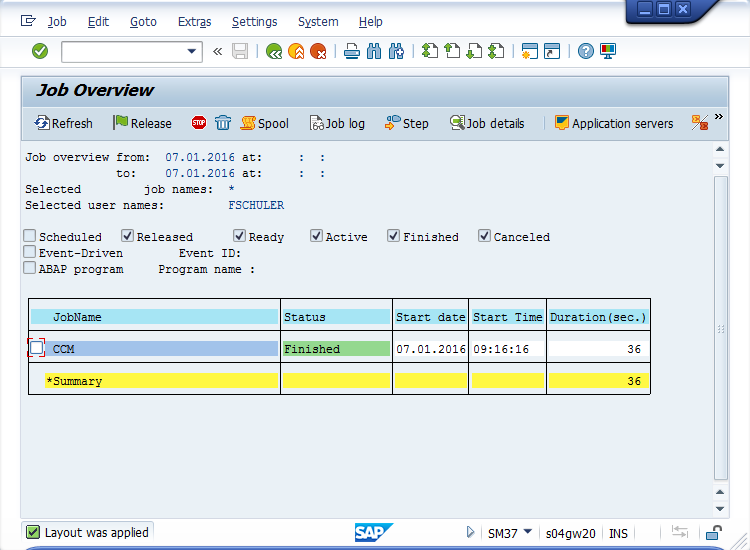 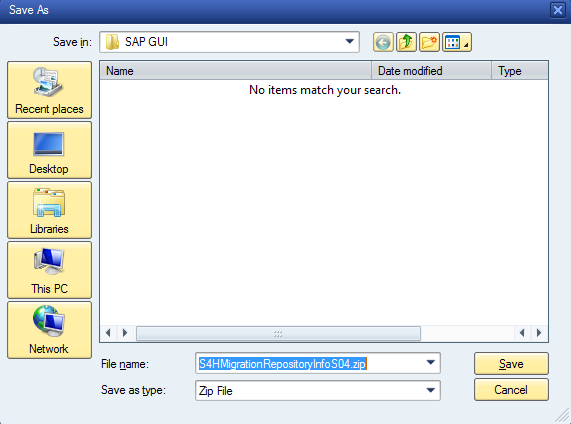 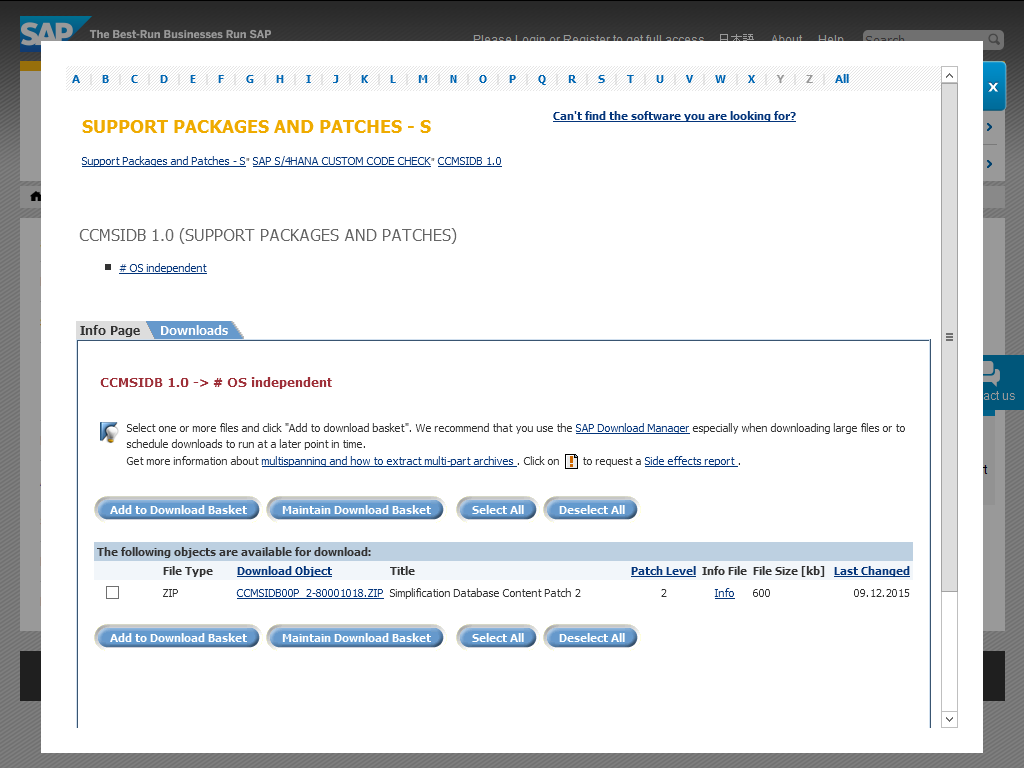 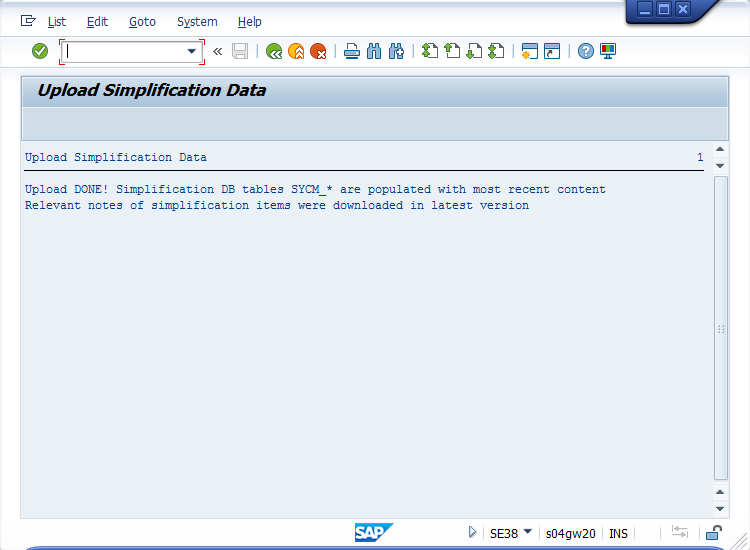 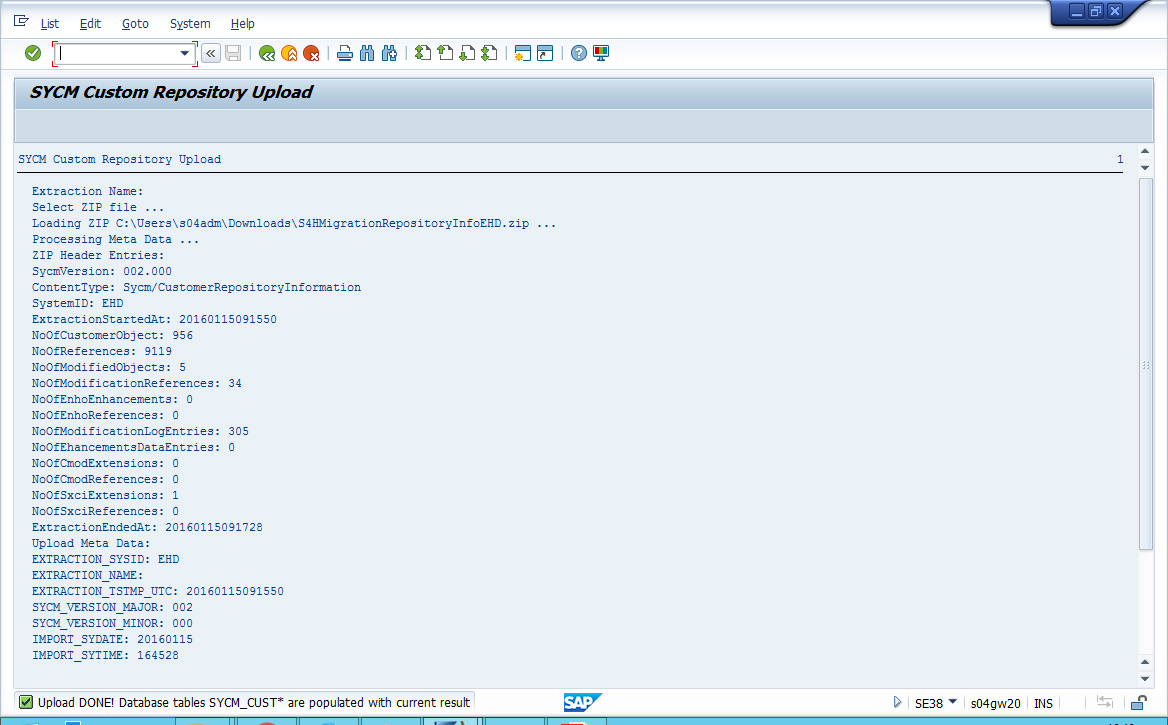 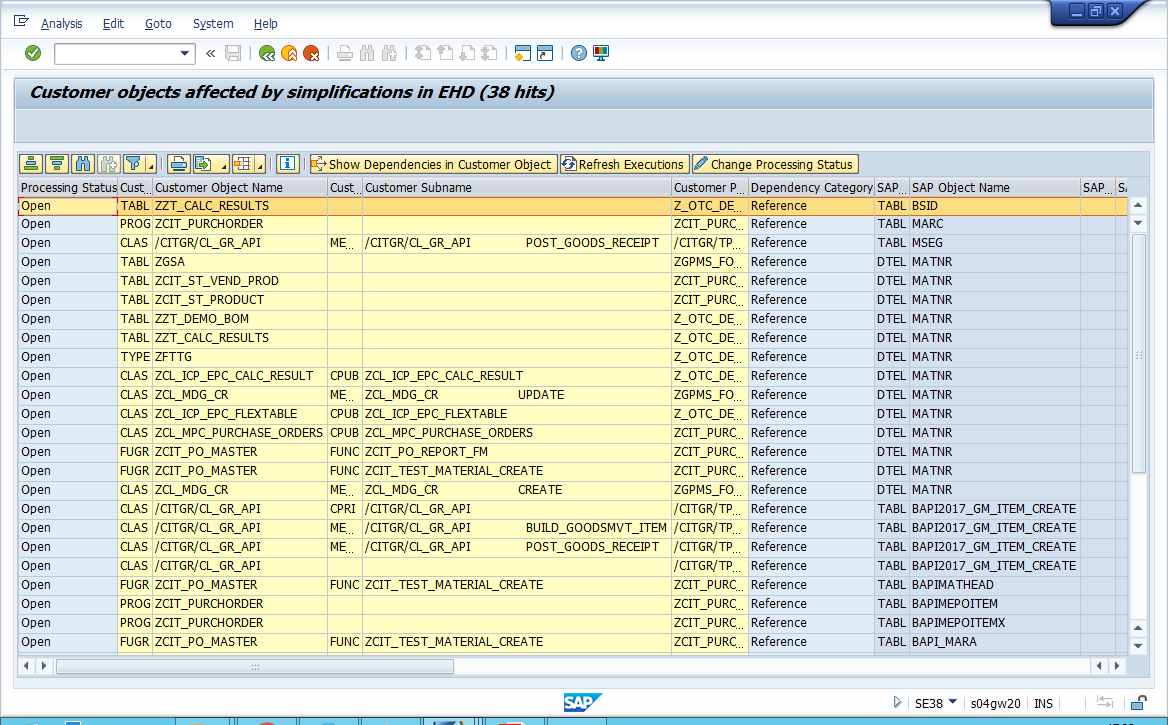 I always chuckle to myself when I see comments like "If you do not have a SAP Netweaver 750 system already available yet".

I would be quite surprised if anyone outside SAP did have a 750 ERP system, as my understanding is that EHP8 is not out yet.....

At TECHED in Las Vegas last October it was proudly announced that Netweaver 750 had been "released for customers" on the first day of TECHED. Released in what sense I wonder? EHP8 was not out and there was no planned date when it would be released, and the BW 750 system was not out either, and there was not even a CAL 750 system.

I did see one pop up the other day but at that point it was one of those ones that did not seem to be "free".

for the analysis of the custom code against the simplification list you only need a standalone 7.50 NW AS ABAP system without any BW or ERP components. The standalone variant of 7.50 is available incl. SP level 01 since a couple of weeks.

It's called "SAP Application Server 7.50 ABAP with HANA SPS10" and has a padlock by the side of it.

The systems I had used before were the "developer" trial editions, and thus free (you pay AWS but not SAP), but the ones with padlocks cost USD $953 a month, and so are for companies, which makes a little bit of sense, as we are talking about companies investigating a possible switch to HANA.

Where I work they would not pay one red cent for such a thing, so I personally am out of luck.

I wonder if that also means there will not be a developer edition of ABAP 7.50 with a green ball by the side, like there is for 7.40, on the CAL for quite a while, as if there was naughty people could use that to upload their file and diddle SAP out of thousands of dollars.

You're right that EhP8 isn't GA yet, but the base NetWeaver (ABAP and Java) 7.5 is available to customers to download now. I can find it in the SWDC on the Support Marketplace. So, for independents and partners, it likely could be different, but for customers trying to investigate an upgrade in this fashion, it is available.

can you already share some first practical experiences with the SYCM tool in real customer scenarios?

so far we have applied the SYCM tool to systems in our own landscape only.

However this gave us valuable insight in the form of SAP notes with information about adjusting customer specific programs to the simplified data model in SAP Simple Finance and changes of the data model in S/4HANA.

If a customer is not on the right support packs (on their productive environment) is the only way to run the programs to apply the latest support pack?

Is there a special service for customers not on the correct support packs?

I am afraid that the customer would have to upgrade to a supported support package level prior to running the modification extract. Otherwise the extract might fail, or the result would not be reliable and definitely not supported by SAP.

However, as suggested in my blog, this could be done on a sandbox system as a copy of production.

Where are you getting the required minimum support pack levels from?

I had a skim through all the links above and the only reference I could see is that one of the reports comes as standard in a 702 system after BASIS support pack 18, but could be downloaded via SNOTE.

I have never found those OSS notes to be very reader friendly.

And the SAP_APPL level has no effect on anything?

yes, you are correct. For NetWeaver 7.0 EhP2 systems below SP11, e.g. SP10 you cannot export the customer modifications with the SYCM tool.

Also SP17 is the most current NetWeaver 7.0 EhP2 support package, so the only current release that includes the SYCM tool is NetWeaver 7.5 SP1.

When we reported this problem via an incident, SAP responded by saying "S/4HANA on-premise edition 1511 (CCMSIDB 1.0 is part of it) has been released for general availability for new implementations and as controlled availability for system conversions.  Prior to downloading the software all customers and partners need to complete this survey [link provided by SAP removed]".   This was very disappointing as we are just trying to prepare for S/4HANA and this limitation was not noted in any blogs or SAP Notes.

Do you have any thoughts/recommendations on this?

I am sorry to hear about your trouble downloading the Simplification Content Database. I had not been aware of the limitations you mention, and I can still download the content myself without being asked to complete a survey.

Therefore, there is unfortunately not much I could do and you would have to resolve this with SAP directly.

I assume the reason why this content is not be accessible for you is the fact that you (as SAP customer) does not have the licence for SAP S/4HANA or that you are not released for the SAP S/4HANA software (because there is this survey process in place). The common behavior within SAP Marketplace is that only material can be downoaded for products/Solutions where the customer doess have the appropriate licence/allowance.

If you have the SAP S/4HANA licence, then you just have to fill out the survey.

I are trying to asses S/4 migration impact on Custom code and facing an error (refer snapshot) while uploading output through program SYCM_UPLOAD_REPOSITORY_INFO on NW 7.5 system where Simplification database is installed .

Has anyone faced this error? Any quick help is much appreciated.

The error is coming through function module:

You can debug this to find issue.

Please check if ZIP file is "Read-Only" or has open access.

If it is read-only zip file, system gives error and cannot process the ZIP file.

I have run the trx SYCM and getting these issues. What should  I do? Can I ignore these issues related to Matnr. In my code we have not referenced Matnr with length 18 or 40 . We have directly referenced  from table  . lw_matnr type matrn.

please suggest what to do after this. 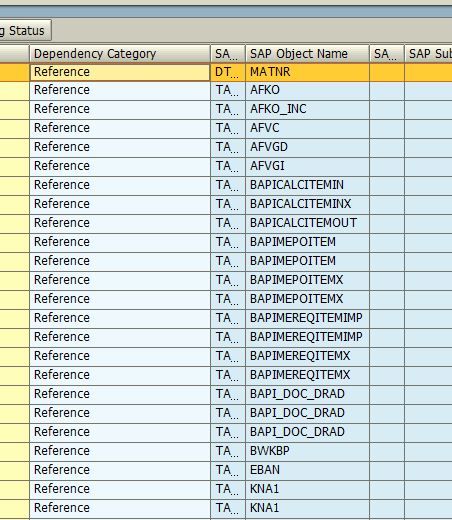