Recently SCN document PI REST Adapter – JSON to XML conversion (a part of series describing SAP REST adapter functionality and technical capabilities) has been updated and now contains information on enhanced XML/JSON conversion and a demo example on this topic.

Both references have been added to a section “Links” of this blog.

One of features of SAP standard REST adapter, is XML/JSON conversion – that surely makes sense, considering that internal processing in SAP PI/PO is done in XML format on one hand, and JSON format is de-facto format when dealing with REST architectural style on the other hand. Looking into recent SCN forum threads and questions raised about a REST adapter, it can be concluded that generation of JSON output for a processed XML message payload is not always clear and may be misleading. SAP actively enhances functionality of a REST adapter – customization and feature-enrichment of JSON processing being one of actively contributed areas. Many of such features have been documented in SAP Help materials, but one of quite powerful and flexible functionalities – namely, enhanced XML/JSON conversion – was only briefly mentioned in a SAP Note 2175218. In this blog, I would like to demonstrate usage of this functionality and provide details about valid parameterization.

Internally, a REST adapter makes use of 3rd party Jettison library for JSON processing tasks. In standard configuration, REST adapter relies on default conversion logic implemented in Jettison processor, which does not correlate or take into consideration payload elements properties as defined in a corresponding message type, but has its own optimization and type derivation mechanisms that are based on nature of the value of a processed XML document’s element rather than XSD schema of a processed message. As a result, this conversion may sometimes result in unobvious output – here are just few examples which are commonly faced:

In some use cases, this kind of improper type conversion may be unacceptable – and this is where enhanced XML/JSON conversion parameterization helps solving a faced problem.

An idea behind enhanced XML/JSON conversion functionality introduced with the SAP Note 2175218, is explicit instruction of JSON processor on how to treat particular XML elements. Let us examine this functionality based on a practical example.

Below is definition of a message type used for a response message in a synchronous scenario, where we make use of a REST sender communication channel. As seen, it contains elements of various types, including an array:

A sample response message in XML format looks like: 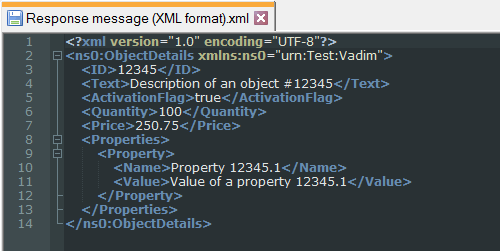 Using standard configuration of a REST sender channel, JSON formatted response message produced from an XML formatted message given above, is: 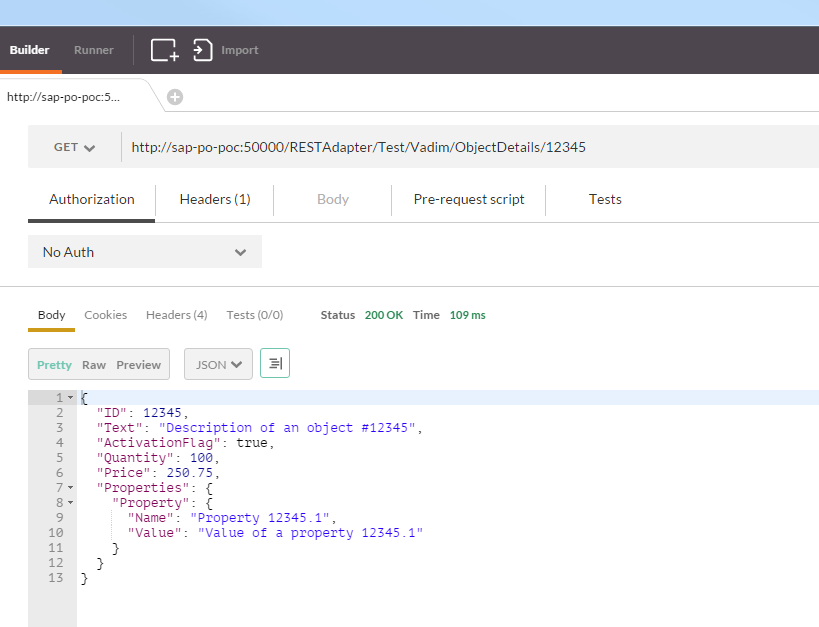 It can be noticed that some elements’ types were interpreted incorrectly – for example: 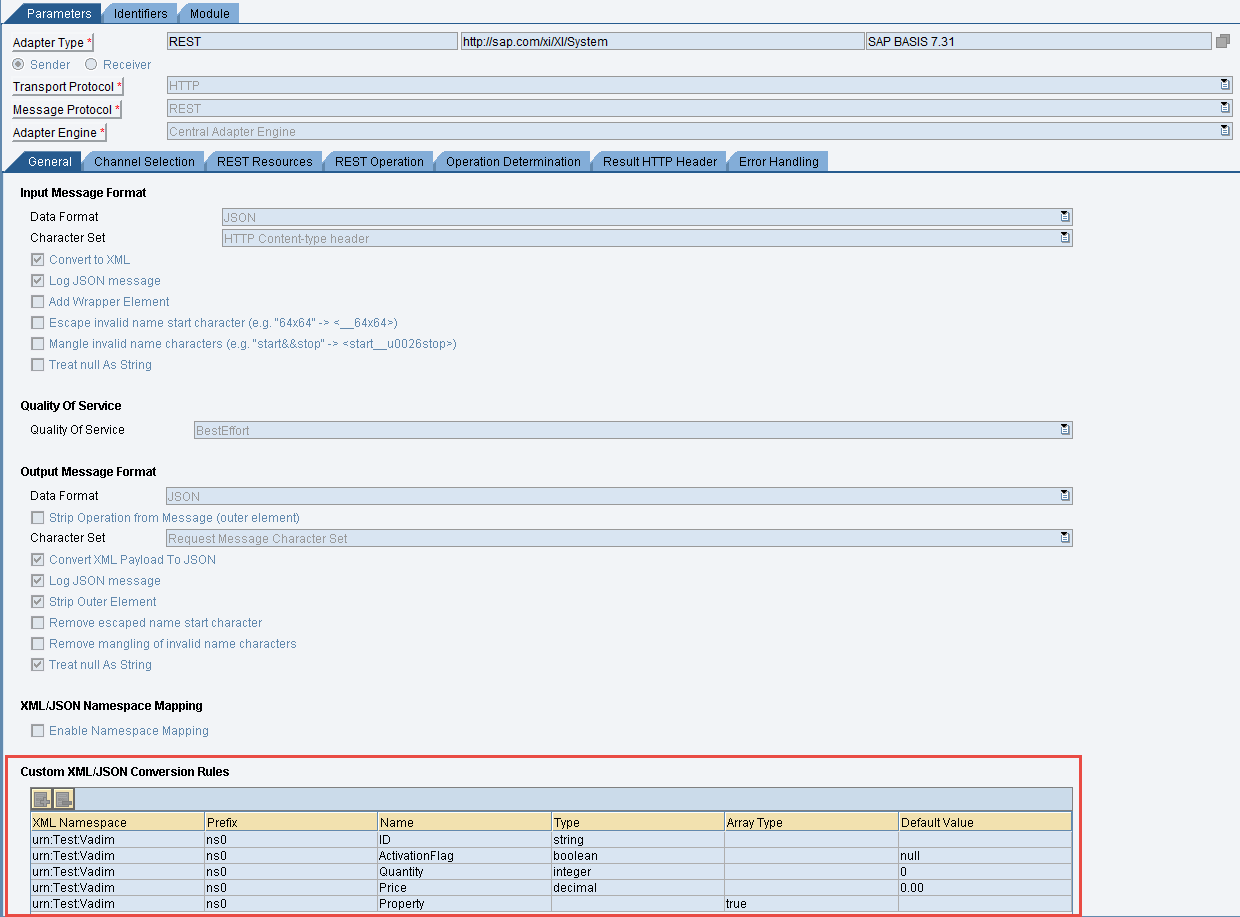 After executing an interface once again and checking JSON formatted response message, it can be observed that now JSON output is produced correctly: 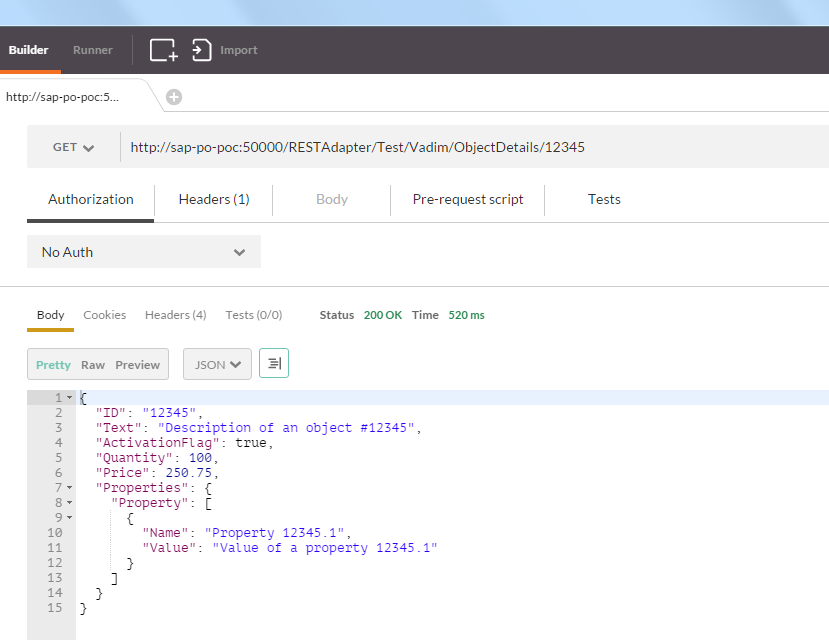 I didn’t find details regarding parameterization in official materials, so let me summarize acceptable and valid values used in enhanced XML/JSON conversion parameters, and explanatory notes regarding their usage, in a table below: