Testing-as-a-Service -over the Cloud

In the previous blog of this series,Testing-as-a-Service -Part 2 ,I talked about the types of TaaS and when it is recommended.In this concluding snippet, I skim over TaaS over the cloud.This term appears to be a misnomer since “as -a –Service” or “On Demand” automatically goes hand in glove with anything Cloud .To simplify things,let us mention it as Testing on the Cloud for some time .

What is Cloud Testing?

Probing for some answers resulted in:

“No” because like any other software or artifact, testing cloud should and must incorporate thorough functional testing .Testing cloud will include testing in a cloud (infrastructure, functionality and software), testing across clouds (private, public and hybrid clouds) and Testing of a cloud as a whole (the various features and potential)

“Yes “because there are certain other non-functional aspects also to be validated like Scalability and elasticity, Security, Performance, Round the clock availability, Resource management which are a must for a cloud set up.

‘Testing a cloud’ is an activity to verify, validate and examine either or all of the following-

“Cloud testing “is an activity which makes use of cloud infrastructure for testing. It takes care of various functional as well as non-functional (security, performance, availability etc.) testing needs by simulating the test objects on the cloud (e.g. simulating real user traffic using cloud environment)instead of the traditional on premise practice.

Some well received tools for cloud testing are depicted below. They are mainly used for performance, load, stress and security testing . 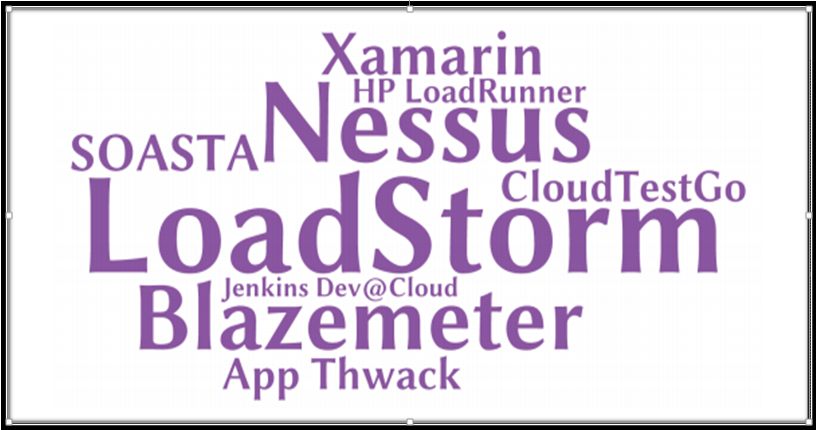 There are scores of other tools as well and can be analyzed.

Some of the demerits include the following –

In simple terms , TaaS over the cloud is heading towards becoming a favored alternative, however before jumping the gun ,it is critical for organizations to understand the implications, run smaller projects first , formulate a working blueprint ,educate the people involved ,buckle up for risk and challenges apropos and then make a confident dive .