Wearables in the Health and Life Insurance Industry

Traditionally insurers have determined their customers’ premiums based on limited information and often some people would start smoking the next day their premiums have been determined. Emerging technology such as wearables can help insurers break from their traditional business models and provide more personalized services for their customers. More specifically, insurers can use the information provided by the wearables to set targets and incentives for policyholders to live a healthier lifestyle, encouraging them with the possibility of lower premiums and even penalize them for unhealthy lifestyle by increasing premiums. Some insurance companies are seeing this new business model as a game changer.

In order to see how this new business model works, we have developed a connected wearables prototype using the Microsoft band. 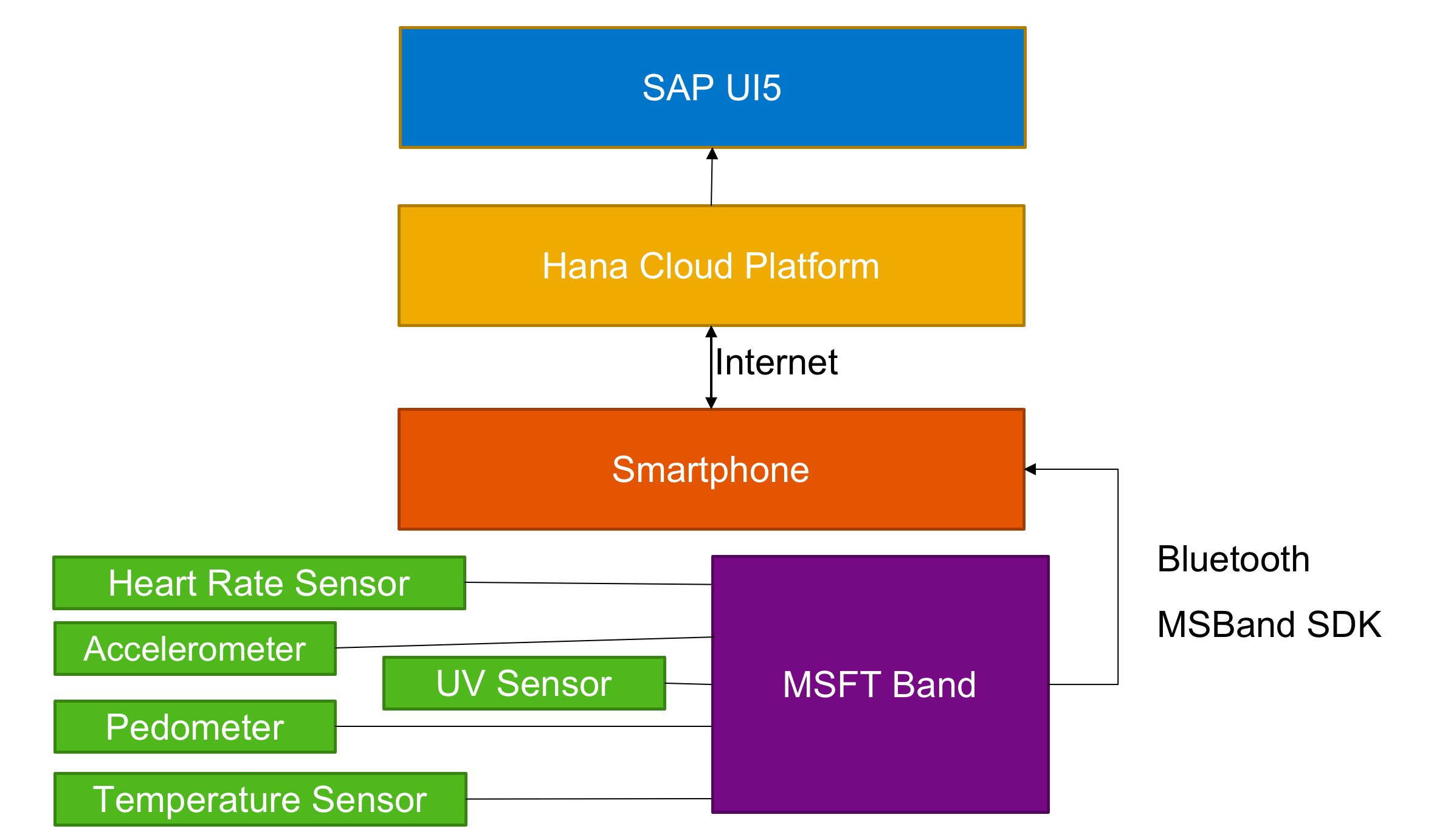 Building the iOS App for the Microsoft Band

And the SDK is also supported on a wide range of platforms, they include windows, iOS and Android.

Using the SDK, we have created an iOS app that collects sensor data from the Microsoft Band. We call the app FitBulous. Beside the streaming the   sensor data from the band, we have added more features to make the app more user-friendly. The app can provides the latest progress of meeting the user daily steps and find a list of gyms nearby based on the user GPS location. We have also added the UV monitor feature which can remind the user to put on sunscreen whenever high level uv exposure is detected. The baby alarm feature have been created for parents to monitor the temperature of their kids, which can be potentially useful when their kids are having fever during sleep the app will call the designated emergency contact automatically. 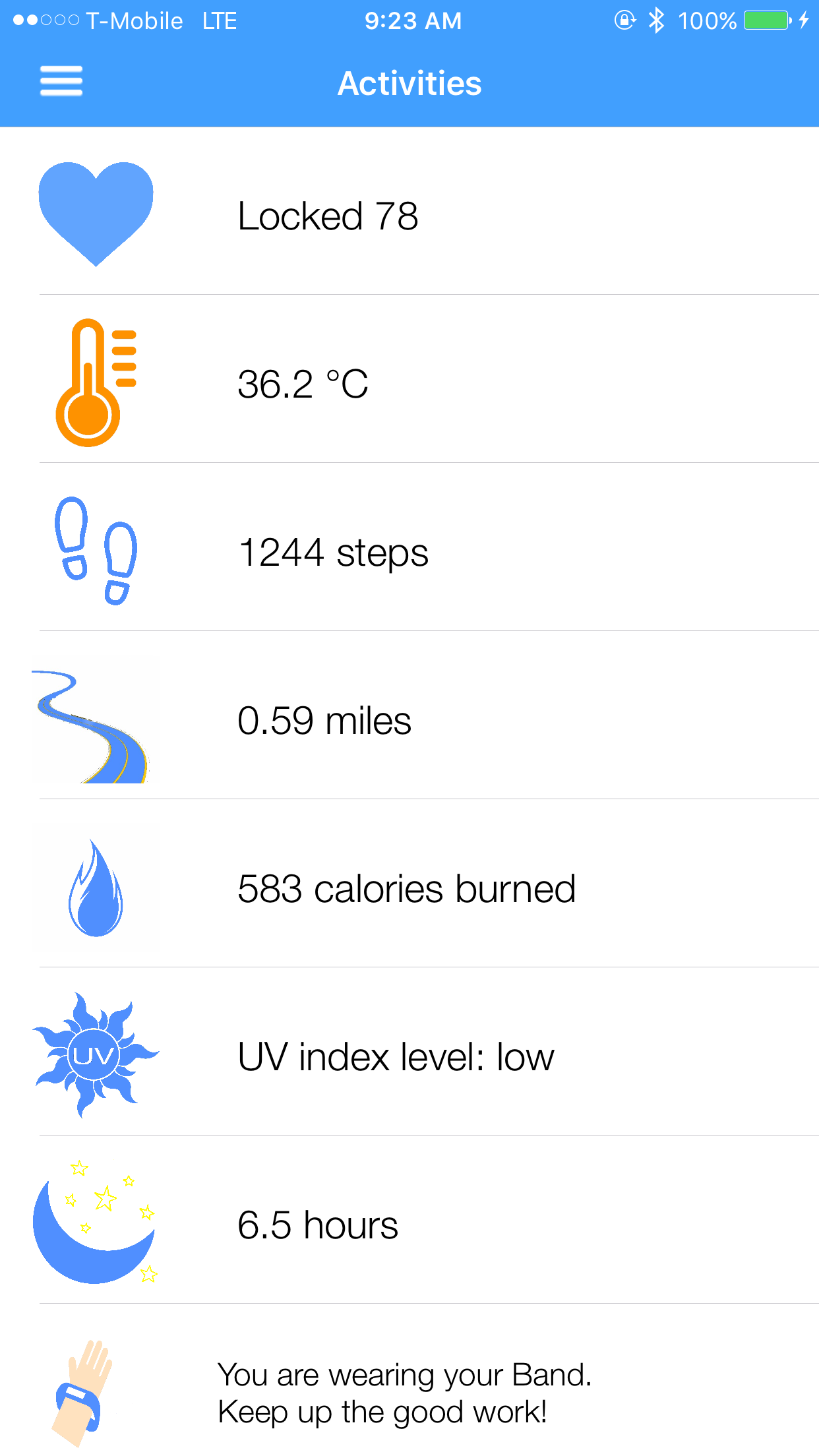 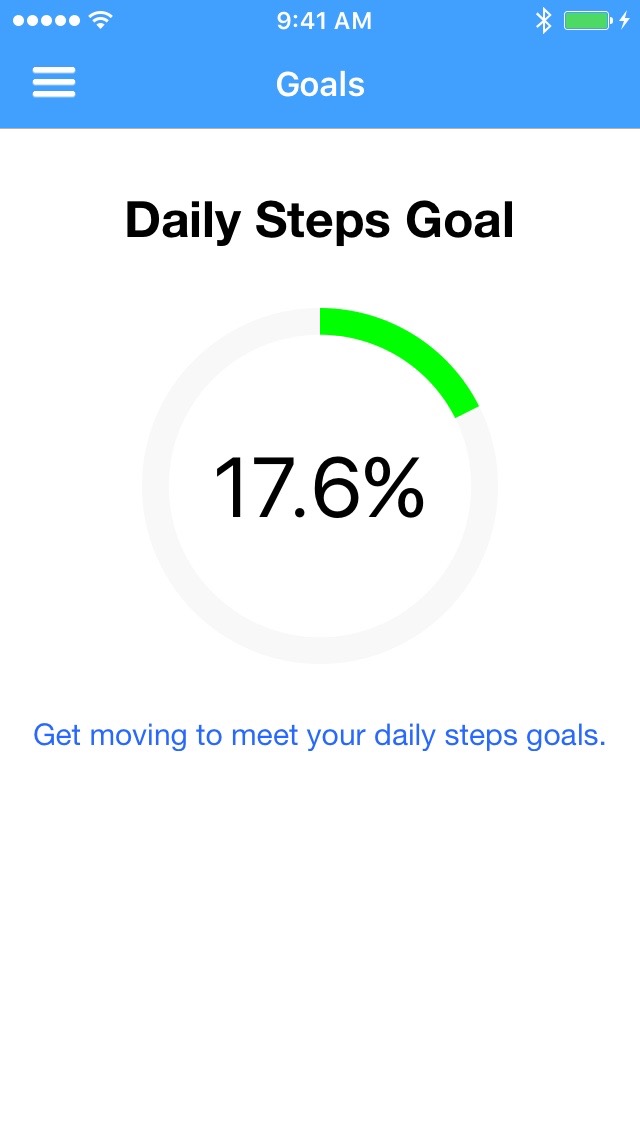 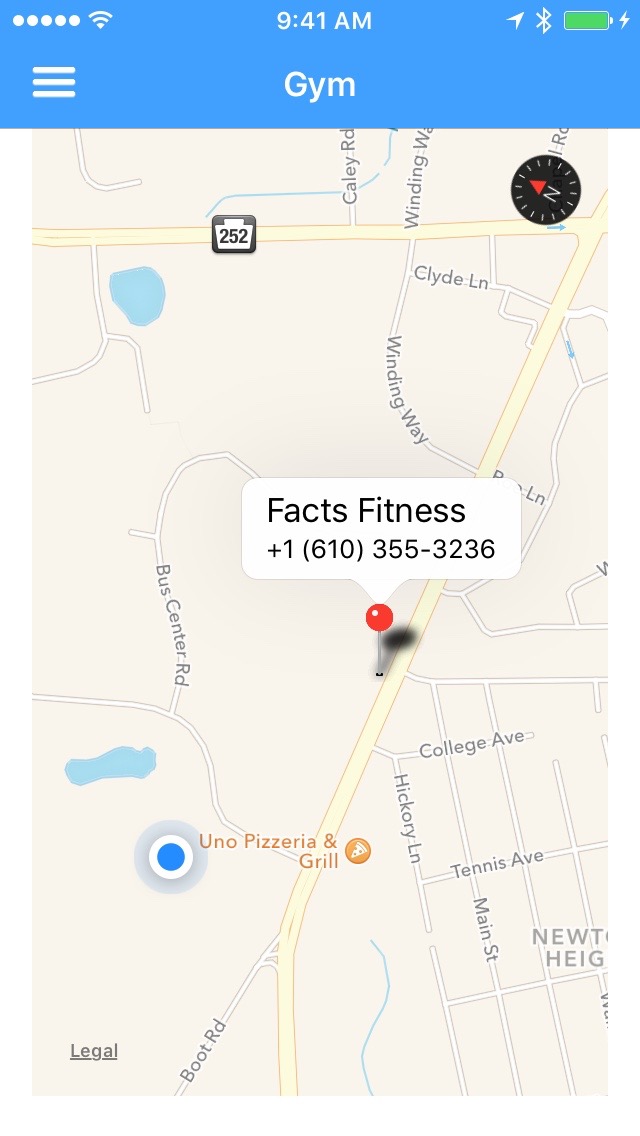 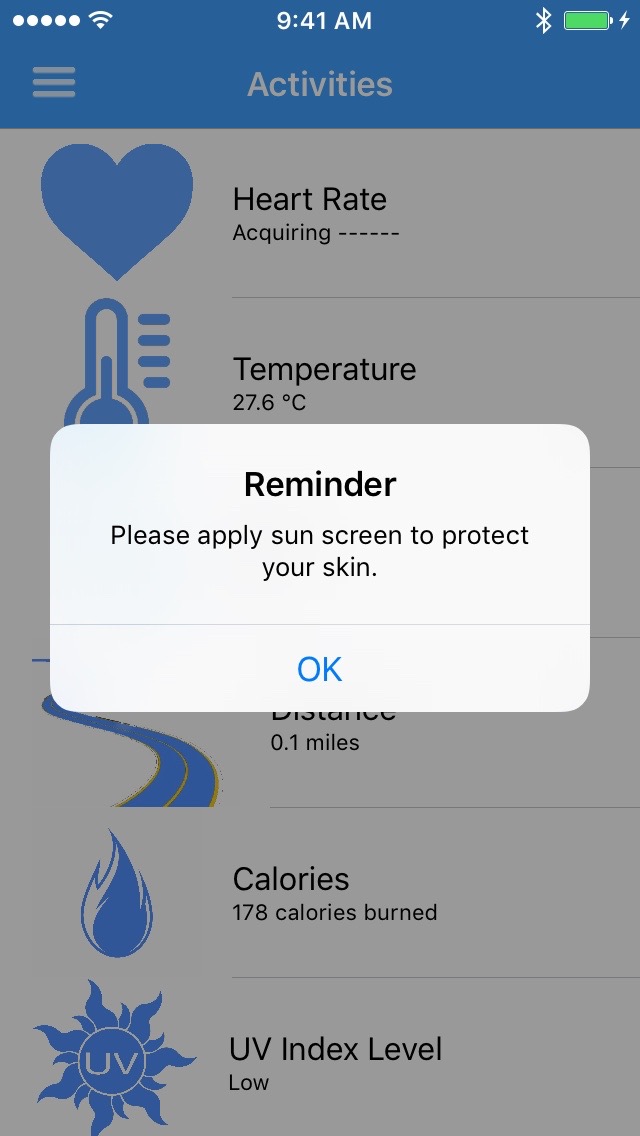 Similar to this blog, we created a java persistence app running on the Hana Cloud Platform that receives data sending from the iOS App. We placed this data in a HANA XS database. We then created OData services in order to access the data in a UI5 app. Since we have multiple sensors in the band we allowed for multiple readings to be received at once.

Finally we brought everything together in a UI5 application. This application shows the fitness activities of the user in real time. The icon will change base on the current motion type of the user. For example, if the user start walking and then running the icon will change from reseting to walking and then to running and at the same time it tells you how much calories burned and steps have taken and the user’s heart rate in real-time. 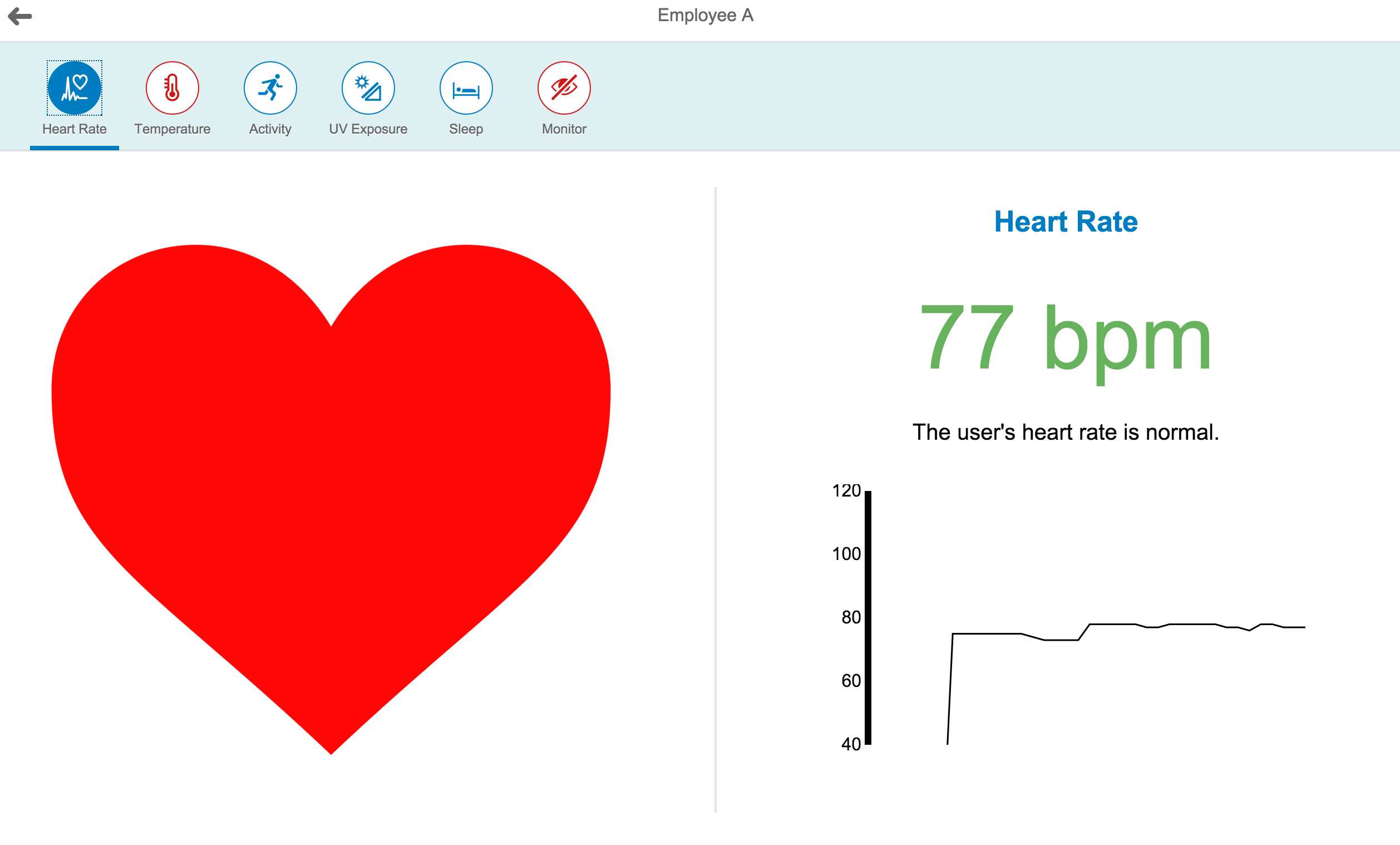 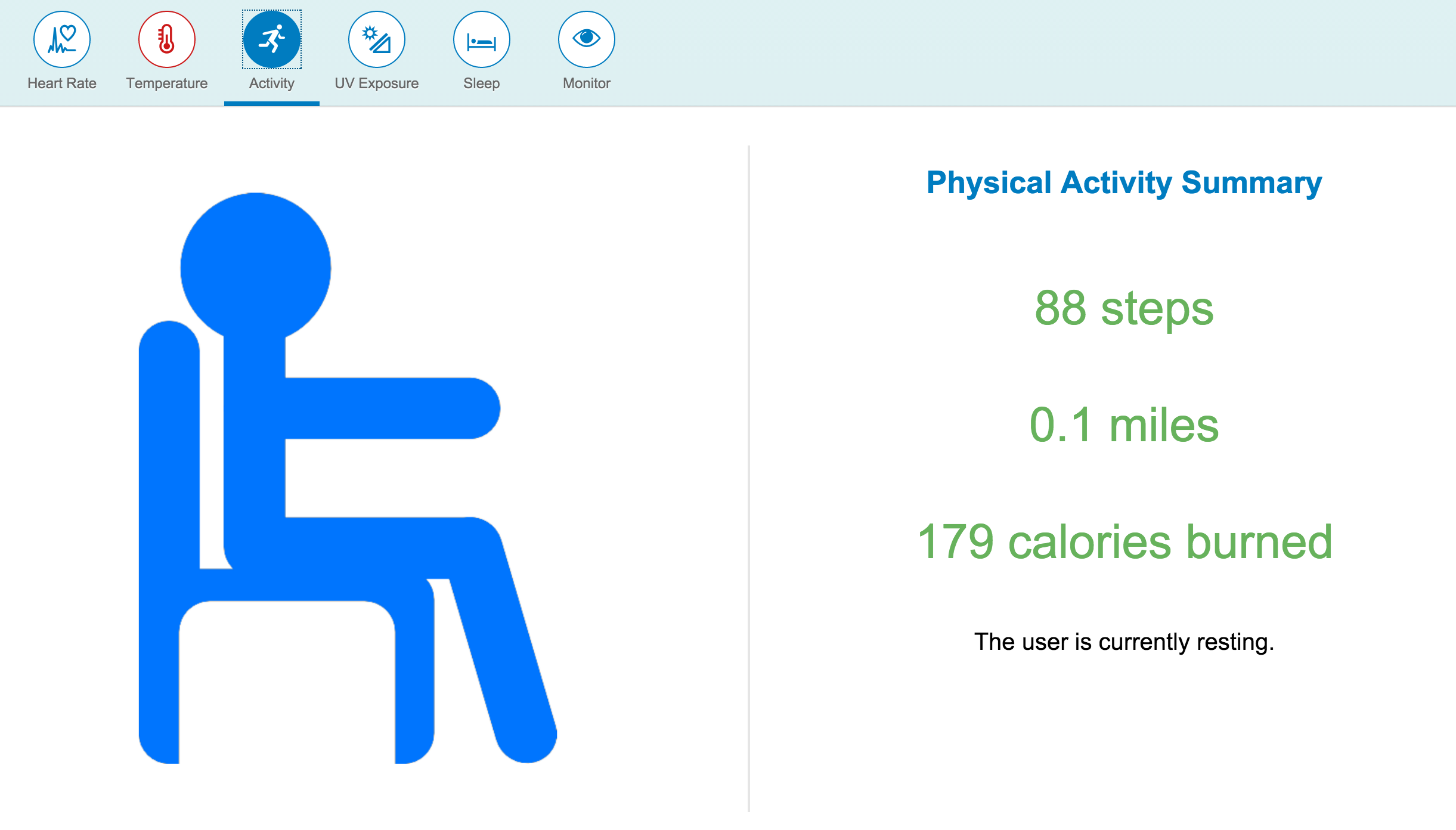 This is awesome! What’s next?

HANA has its Predictive Analysis Library which can be used to determine the best daily steps goal for individual user. And potentially this can be used for insurance companies to lower the premiums if their customers met their daily steps goal. Also the uv exposure detection can be connected to a claim management system, the user would be able to file a claim with the uv exposure information if they found out they have skin problems.