Prohibition is Officially Over in California! 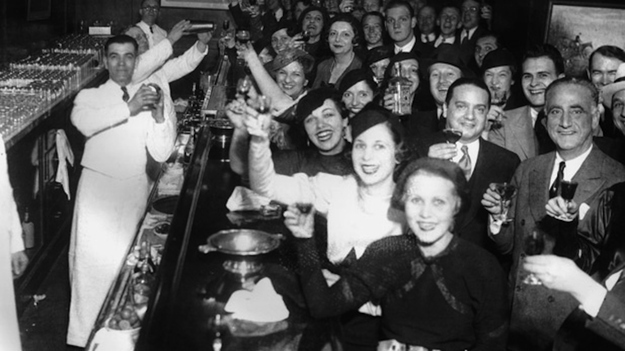 It may seem hard to believe, but the remaining section of the Prohibition laws originally instituted in 1919 have finally been overturned in the state of California, with the new law becoming effective on January 1, 2016.

The California Craft Distillers Act of 2015 overturned the vestiges of Prohibition-era laws originally designed to prevent basement distilleries from producing home grown spirits. In order to enforce the provisions of the 18th Amendment (The National Prohibition Act) that didn’t prohibit the manufacturing of liquor, The Volstead Act was passed the following year. This allowed the federal government to target distilleries, and unlike wineries and breweries, this aspect of Prohibition was never overturned.

Therefore, with the passage of the Distillers Act, for the first time since 1920, distilleries will soon be permitted to host private tastings and events, directly sell up to three bottles of spirits per consumer per day, and own up to three distillery-related restaurants.

With Prohibition finally entirely over in California, there will be an unprecedented opportunity for craft distillery start-ups in the state of California.

Live Oak Bank already provides comprehensive financing to beverage producers that are located in areas of the nation where the distillery ban has long been lifted. This is good news for distillers that plan on building a new facility, purchase equipment, or secure working capital in the state of California.

Live Oak is unique in the industry since they lend exclusively to small businesses and also have years of experience in the craft beverage world. With a focus on financing small business growth nationwide, the company has seen geometric growth since its inception in 2008.

Stephen Hayes, analytics manager at Live Oak, said that the bank has always used technology to differentiate itself, but rapid growth was suddenly outpacing the multi-tabbed spreadsheets they were using. And with new start-ups continuing to turn to Live Oak for financing, a better solution for increased collaboration, transparency, and flexibility was needed rapidly.

“We knew that unless we made a change we wouldn’t be able to deliver decisions quickly to managers,” says Hayes, “so we looked at a couple different cloud vendors, seeking the company that would be able to handle our complex models and quickly simplify them. We chose the SAP Cloud for Analytics solution for many reasons, including the fact that the SAP HANA platform was behind it.”

Mr. Hayes believes that SAP enables Live Oak to make decisions and find answers to questions faster, as well further empower everyone throughout their organization.

With 2016 now here, the “speakeasy” days when secret codes were whispered through a hidden locked door are gone forever. But if you are feeling nostalgic, take heart in the fact that you can now open your very own distillery – and Live Oak Bank can help you do it.