December. A month we once again find ourselves pondering over the mystery of Santa Claus. For centuries Mr Claus has had an unblemished reputation for “delivering to promise”. But how is he able to do so? How is he able to manage a complex and globalised supply chain which consistently delights those on the ‘nice list’ year after year? In this blog we will uncover a major secret underpinning his Supply Chain success…

In recent years, due to increasing population levels it is believed Mr Claus has had to expand his production. No longer does he solely rely upon his little helpers but instead he relies upon suppliers outside of the North Pole. Whilst this outsourcing has enabled Santa to ensure he can meet demands, this has also created difficulties as he must effectively collaborate and communicate with external suppliers across the globe to ensure that they are operating efficiently and will be able to deliver the goods required. With SAP’s Supply Chain Control Tower, Santa is able to overcome these challenges. The device enables users to communicate in real-time both internally and externally to track performance and communicate with users.

Another challenge Santa faces is how to make sense of all the data compiled within each letter? Every year Santa receives billions of requests from boys and girls all over the world, but with every name on the ‘naughty’ or ‘nice’ list is a specific order which must effectively fulfilled. Once again, the Control Tower assist Santa in overcoming his challenges. The device integrates all data from various sources into a single view, to improve Santa’s accuracy and decision making capabilities. With the help of the Control Tower, Santa no longer needs to maintain his list and ‘check it twice’

In addition, with help from the Control Tower Santa is able to carry out “what-if” planning analysis across internal and external systems. This enables both Santa and his helpers to test the future impact of their decisions and enables them to compare different scenarios in a simple and flexible manner. For example, with “what-if” capabilities, Santa can check whether supply is guaranteed when snow is on the road.

Inventory shortages are one of the most common challenges encountered by firms and for Mr Claus this is no exception. If there is a spike in demand for the latest Star Wars toys, the Control Tower detects this and informs Santa of the change. Santa is able to action and can inform his elves to increase their production volume to ensure those on the “nice list” are given their desired gifts. With the Control Tower’s Smart Alert and Exception Management capabilities users can uncover trends and patterns in an adhoc and empowered manner as a result, potential disasters can be overcome.

So, whilst time zones may arguably help Santa to ensure he delivers presents to every boy and girl across the world, the critical enables in his is technology. Without Santa’s technological advancements, his requirements to deliver presents to billions of people across the world would not be possible. With the Control Tower and its global end-to-end visibility Santa is able to effectively predict, control and monitor his operations and is able to uphold his reputation for delivering superior customer service. 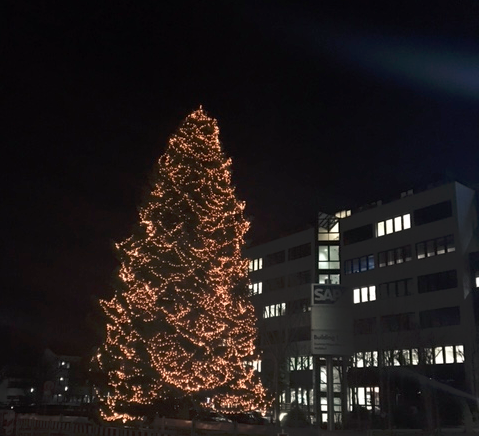 SUpper cute and clever!  Thank you