SAPUI5 / Fiori is not a mobile solution 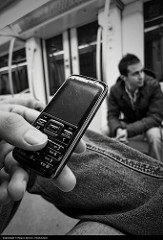 Because it is an everything solution…

Over the past few years I have heard some variation of a concern about using SAPUI5 applications to solve a problem because “we wouldn’t want to do that on a phone”. While it may be a valid point that “doing it on a phone” may not be a scenario related to the problem we are trying to solve, it doesn’t matter. This is a false dilemma, which occurs because we want to organize things we view in the world in distinct boxes, such as mobile vs. desktop. I think some marketing or sales people may also be to blame for this confusion, since I assume they are showcasing how Fiori apps work on a mobile device to give a wow affect, but we know that the biggest benefit of using a responsive framework such as SAPUI5 is that it can work on any device and that should also be emphasized. I think this causes some groups to not consider SAPUI5 in non-mobile scenarios where it may be a great solution.

It’s comforting to have clear indications of what something is and what type of application should be used. This is often attempted when trying to choose between native, hybrid, and web mobile applications. Though the lines between these options are constantly getting blurred. I think the solution is instead to focus on the problem you are trying to solve and find the best context-aware solution for that problem instead of trying to come up with a set of rules to determine when one thing should be used over the other. I had a project where we used the winJS framework to build a native app in HTML5/JS. Before the project began we were told this would be impossible because it did not cleanly fit in a bucket (Microsoft would disagree and say it is native).

The world is not black and white. Instead it is filled with gray. It is so easy to get overwhelmed with decisions that stall innovation, instead we should talk about a problem and how we can solve it. Decisions should be made based on what is the best way to solve a particular problem.

What are your thoughts? Have you heard similar comments from colleagues or clients?