SAP BusinessObjects Cloud offers three different options for disaggregation of plan data. These include Spreading, Distribution and Allocation. Here is the ‘when’ and ‘how’ of each of these options. Fig. 1: Plan data to be distributed

We can see that we have a sales forecast of $10 Million for United States region. Also note that the region dimension has United States as the parent node and East US, West US and Overseas as nodes below the parent node. East US further has Southeast and Northeast as child nodes. Similarly, West US has Midwest and Pacific whereas Overseas region has EMEA and Asia Pacific as child nodes respectively.

The disaggregation options can be accessed as highlighted in Fig. 2 below. Spreading can be used to spread the values from parent node to child nodes. In this case since we are spreading the data from United States to East US, Midwest and Overseas.

After selecting the ‘spreading’ option, the following dialog box opens up where you can enter weights that can be used for spreading. Please note that the option to show unbooked members also is available. This becomes important if we don’t have any data for certain child nodes. For example, if there was a node ‘Alaska and Hawaii’ as a child node under United States in the region dimension but there was no forecast data entered for that region, we would have had the option to enter weight for Alaska and Hawaii in the dialog box below by switching ‘show unbooked members’ to ‘on’. Also please note that as we enter the weights, the corresponding percentage and preview after spreading is also shown in Fig 3 below. 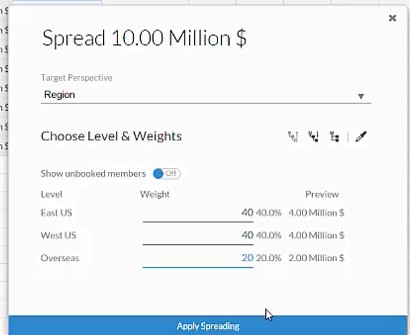 The spreading can be applied to the data that we are seeing in the Fig 1 above. However that data view is obtained after applying certain filters to provide us our point of view. For example, the data shown in Fig 1 can be filtered for the quarters or months for which we are trying to enter forecast. However we have the option to apply the spreading either for the current point of view or some other filter values. That confirmation can be done in the next dialog box shown in Fig 4 below. If we select ‘refine filters’ then we can selected the filter values for which the spreading weights can be applied. 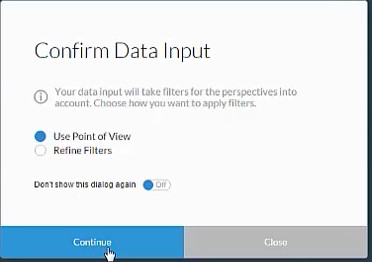 The result after spreading is shown in Fig 5 below. Please note that though the plan data for East US, West US and Overseas is exactly what we saw in the preview in Fig 3, the values disaggregated to the next level children (Southeast, Notheast, Midwest etc.) are in the same proportion as per the original data in Fig 1. Hence we can see that spreading has been applied to the children one level below the parent node only. 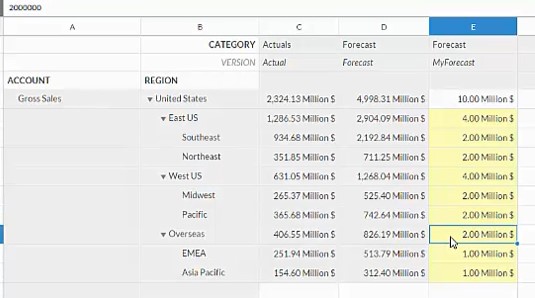 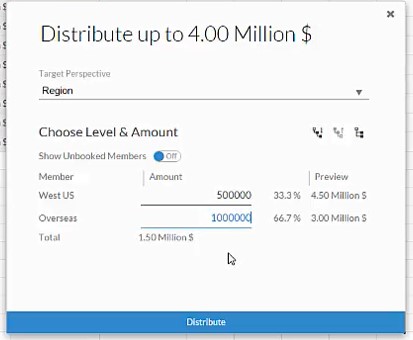 The result of the distribution is shown in Fig 7 below. We can see that 1.5 Million from East Us have been distributed to West US and Overseas adding to the existing values they had and the new values are shown. Please note that the distributed values have been automatically disaggregated to the lower level nodes in the same proportion in the original data. 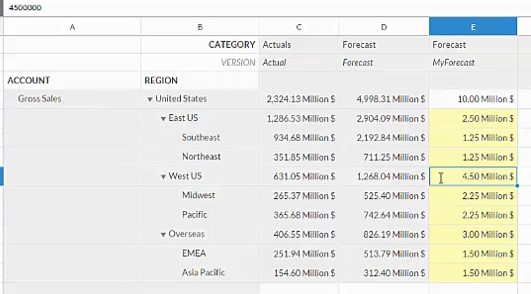 Fig 8:  IT expenses to be allocated from unassigned product to Apparel and Footwear 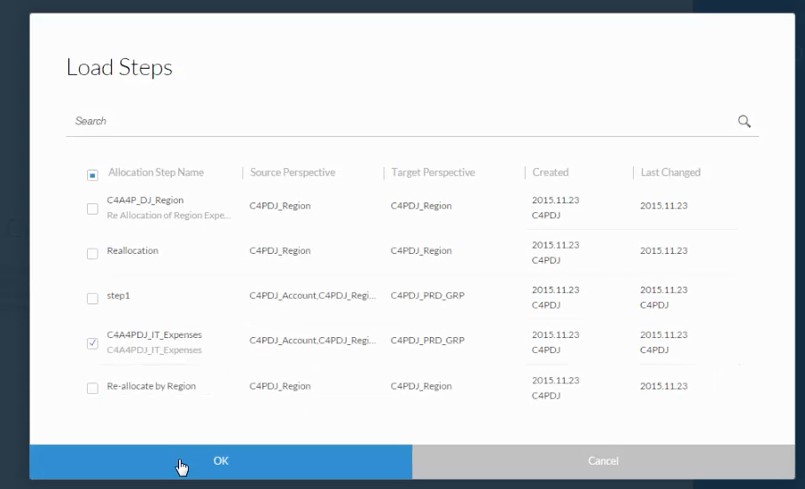 We can execute allocation by choosing ‘Execute allocation’ option highlighted in Fig 2. The result of the allocating IT expenses to apparel and Footwear products is shown in Fig 11 below.

Fig 11: IT expenses after executing allocation step to allocate to Apparel and footwear

Instead of loading previously defined steps, we can also create new allocation steps by defining the source, driver and target. Let us assume that we want to allocate IT expenses for Apparel and Footwear from Overseas region to East US and West Us regions based on Gross Revenue generated by these regions. We can create a new allocation rule by following simple steps shown in Fig 12 below. 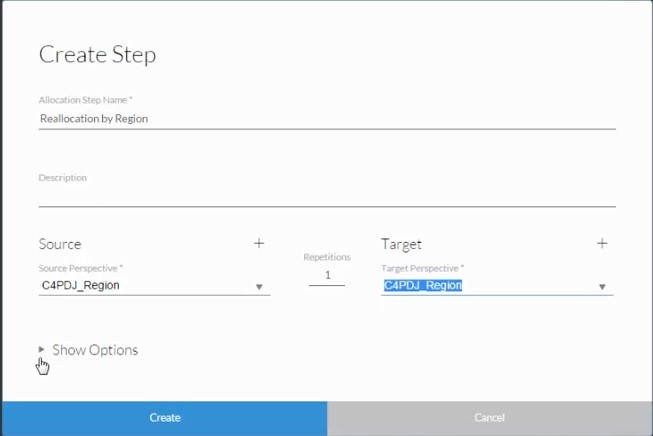 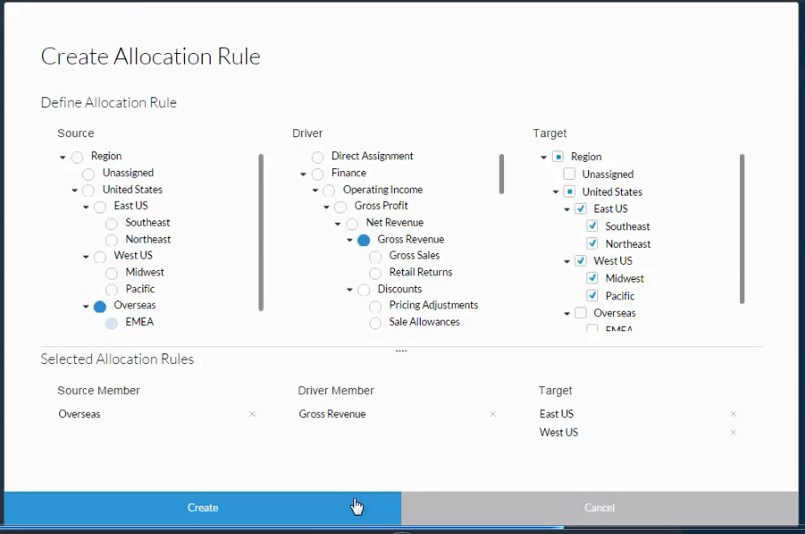 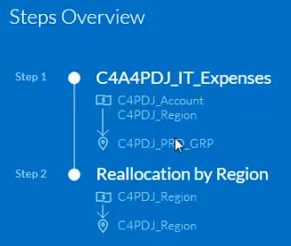 The result of executing this allocation steps is shown in Fig 14 and 15 below.

Fig 14: Data before executing allocation step to allocate IT expenses from Overseas region

Fig 15: Data after executing allocation step to allocate IT expenses from Overseas region to East US and West US regions

Thus we can see that SAP BusinessObjects Cloud continues to crush complexity and simplify planning. These simple yet powerful allocation and disaggregation features go a long way in helping planners to quickly come up with various what-if scenarios to address business challenges.