Digital India on the Rise

India is on track to becoming the world’s third biggest economy. As the country embraces digitization, learn how one private company is playing a role in its transformation.

As economies of other BRIC countries stagnate due to collapsing oil prices, manufacturing competition and other factors, India continues to be a vital market ripe for growth and investment. 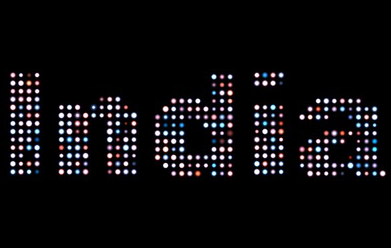 The World Bank predicts that India could be the world’s 3rd biggest economy in the next 10 years while the World Economic Forum says the Indian market could grow to more than $5 trillion by 2020. With this level of predicted growth, many believe the time is right to address some of India’s financial and social challenges, setting the stage for continued progress.

The campaign aims to create a digitally empowered society and infuse technology into government, healthcare and education. The goal: extend internet connectivity and make these services more transparent and accessible to all Indians, particularly those in remote rural areas. Digital India will be implemented in phases to be completed by 2019, at an estimated cost of about USD 17.8 billion.

Even before the launch of Digital India, the Prime Minster was taking steps to digitize India’s banking sector and advance financial inclusion for the 400 million “unbanked.” As a result of the “Jan Dhan” (literally, people money in Hindi)  initiative, “over 193 million new households have received bank accounts, which entitle them to debit cards and other financial tools needed to participate in the formal economy,” reported US AID, a key partner in the project.

To support Prime Minster Modi’s efforts to digitize India, he is looking to partner with both domestic and multinational technology companies. Many of those foreign companies, like SAP, already have a well-established presence in India. The company’s second largest subsidiary, SAP India has 8,000 employees, over 400 Indian partners and an ecosystem of 55,000 trained consultants.

Numbers aside, SAP’s focus on helping organizations transition to the digital economy makes it a particularly effective partner for the Indian government. SAP already works across the public sector to improve the daily lives of Indians by digitizing areas like municipal governance, delivery of services, and transportation.

For example, SAP has digitized operations for the Mumbai Municipal Corporation, helping the city better manage everything from tax collection to migration. As people move to cities from rural India, Mumbai gains 400 new families each day, many of them setting up home on the side of the road. With SAP technology, Mumbai gains better oversight of its growing population, and can anticipate the demand for services or an uptick in revenue.

Mumbai has been so effective in using technology to bring order and accountability to its infrastructure that this model is being adopted by other municipalities like Bhopal, the capital of Madhya Pradesh.

SAP has also helped digitize most state-owned transportation systems including the Indian Railways and Airports Authority of India.  For example, SAP applications automatically generate eight million unreserved tickets per day and improve efficiency for the 1600 rail-coaches built each year in Indian Railways. And SAP provides the digital backbone for the Airports Authority Which uses SAP systems to better manage 125 airports which handle the movement of 1.3 million aircraft and 45 million passengers yearly.

Bring Banking to the Countryside

SAP is also an important partner for the Indian government in advancing digital finance. For example, SAP, US AID and the World Economic Forum are investigating how to build extended payment systems so people in India’s rural areas can use cloud and mobile technology to pay for services more easily.

Ultimately, the success of the Digital India initiative will depend on more people understanding how to use IT to advance business and society. One million Indians enter the workforce each month but 67 percent of employers say they struggle to find workers with the right qualifications. This skills gap is being bridged by partnerships amongst the private, public and NGO sectors.

Here too, SAP India has played an active role, engaging with many local non-profits and NGOs to bring computer literacy to disadvantaged communities. For example, working with Project Lakshya, the company established over 40 computer training centers in urban slums and rural areas across India, delivering basic computer training to young people.

Earlier this month SAP announced that it would work with NASSCOM, the trade association for the Indian IT industry, to open 25 centers for digital learning across 12 cities in India. Specifically, SAP is partnering with the NASSCOM Foundation, the social development arm of the trade association.

SAP also supports digital-skills training for government employees helping faculty and designing content for these courses. This will help build capacity into the government, and bolster the sustainability of Digital India.

But there is still much work to be done and questions remain about how the government will deliver on the promise of Digital India.

That’s why partnering with established technology companies like SAP is so critical. With SAP’s global experience helping companies around the world to digitize, it can provide valuable support to the Indian Government on policy and program management issues, including those related to emerging technologies like cloud, analytics, mobile and Internet of Things.

SAP’s years of experience helping the world’s largest organizations successfully negotiate the mercurial technology landscape is exactly the kind of know-how required to help India achieve its ambitious goals and realize its potential. 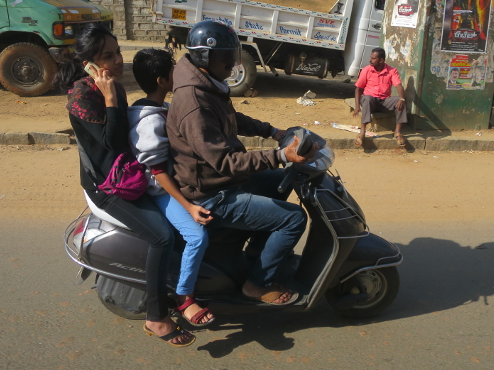 Cheers to a Digitally Literate India, but time for a reality check

Hope you all doing well