Want to use Bitbucket as your Project Repository with SAP Web IDE?

From time to time, I get asked the question “Can I use an external Git with SAP Web IDE?”

When working with SAP Web IDE I recommend using the integrated SAP HCP Git (Look in the Summary section for some of the reasons).

However, SAP Web IDE enables the use of an external Git as well.

As Lidor Tal mentions in his excellent blog post How to Use the SAP Web IDE Git Client, the first thing you have to do to work with Git, is to have a Git repository in your SAP Web IDE workspace”. However, the examples in Lidor’s blog post, use the SAP HCP Git server that is well integrated with SAP Web IDE.

This blog post describes how to use Bitbucket as an external Git as the project repository with SAP Web IDE. It is part of a series of blogs that discuss Git and SAP Web IDE.

In this blog I will discuss:

Following are several ways to create a new repository: 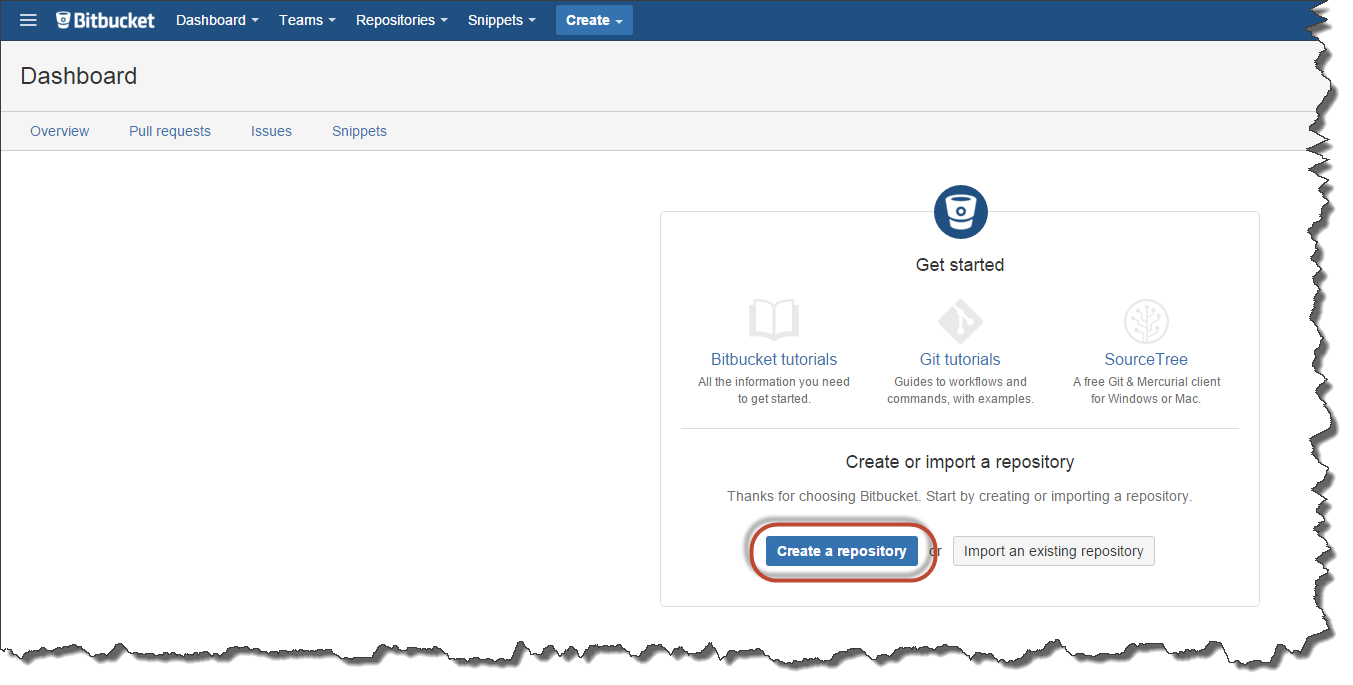 Note:  Unlike GitHub, Bitbucket does not provide the option to initialize the repository upon creation. As a result, once the repository is created, you’ll need to go through an additional step of repository initialization prior to cloning it in SAP Web IDE. 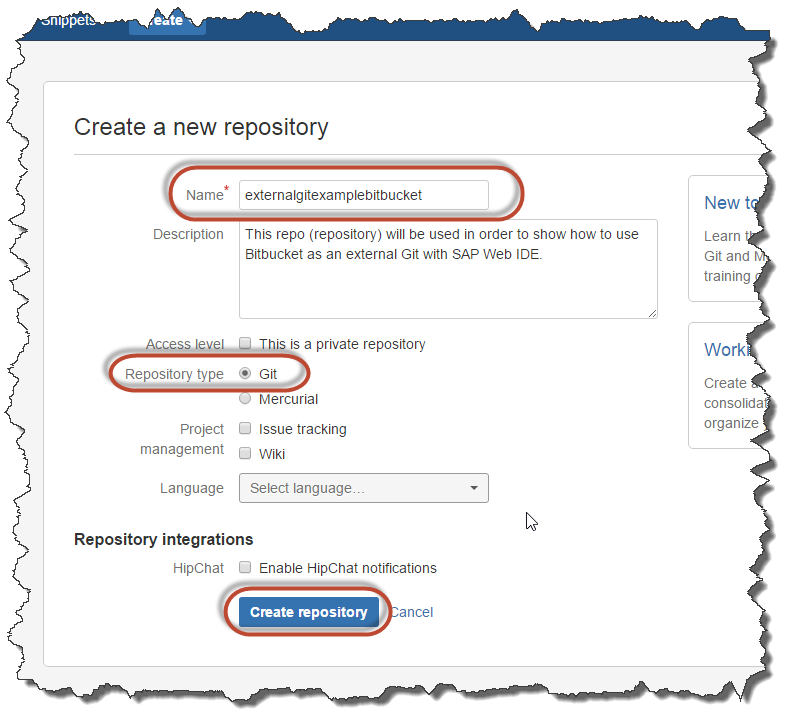 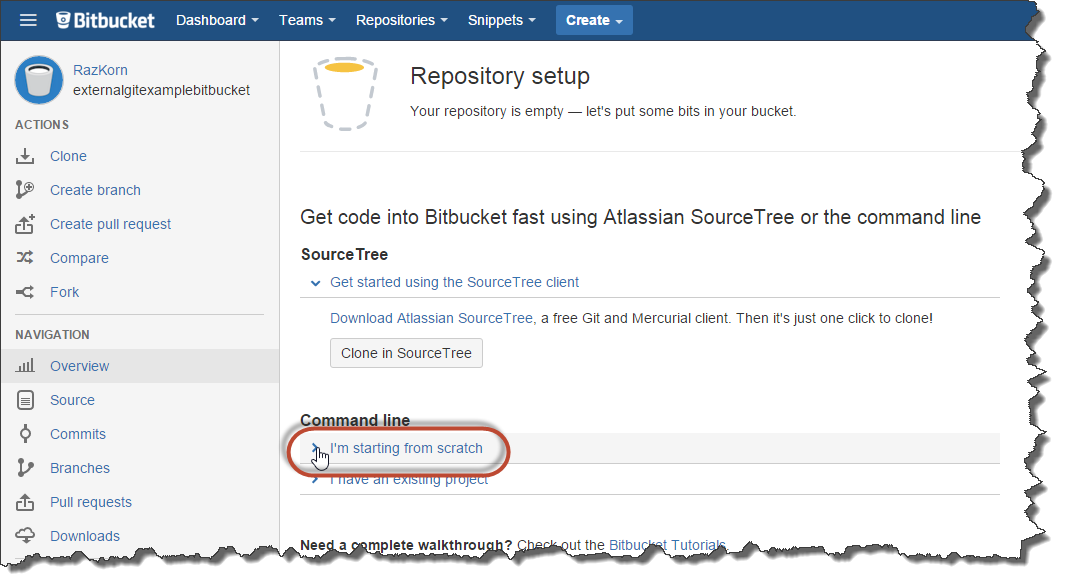 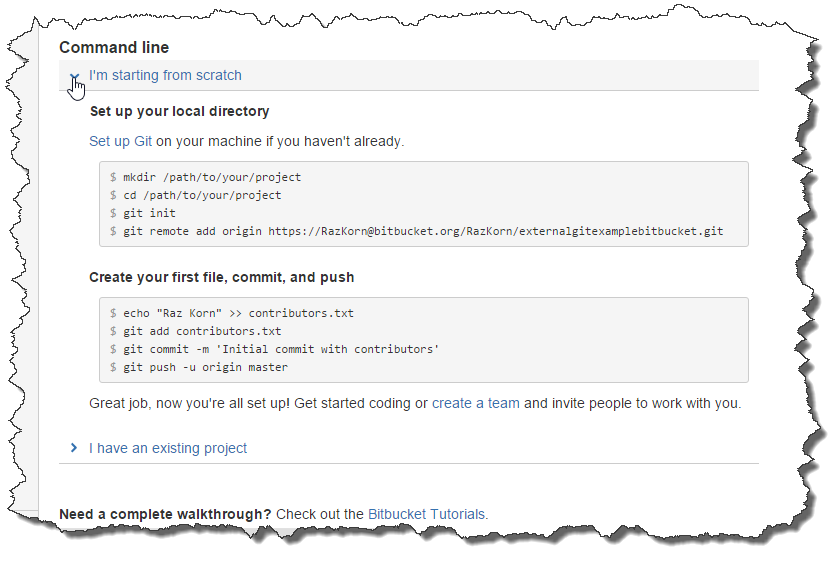 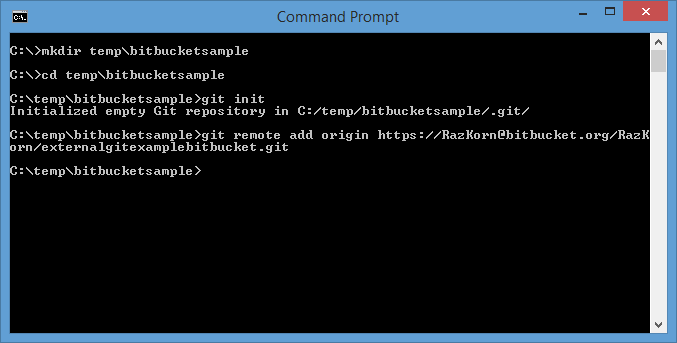 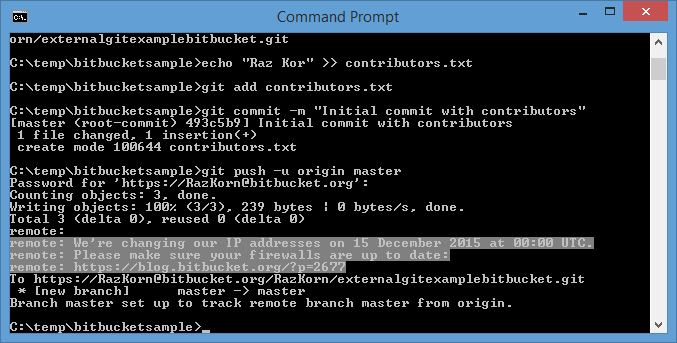 Now, that the Git repository is initialized I can proceed to cloning it in SAP Web IDE.

Steps to clone the Git repository from Bitbucket: 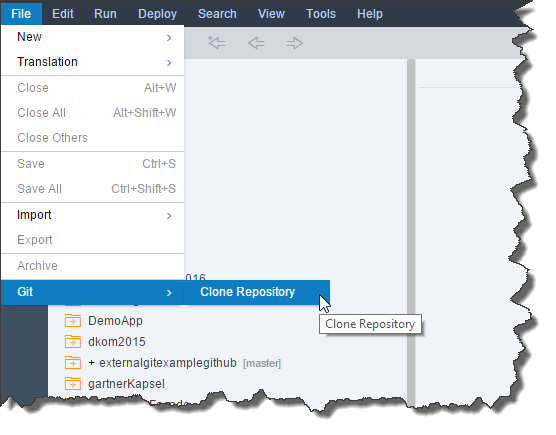 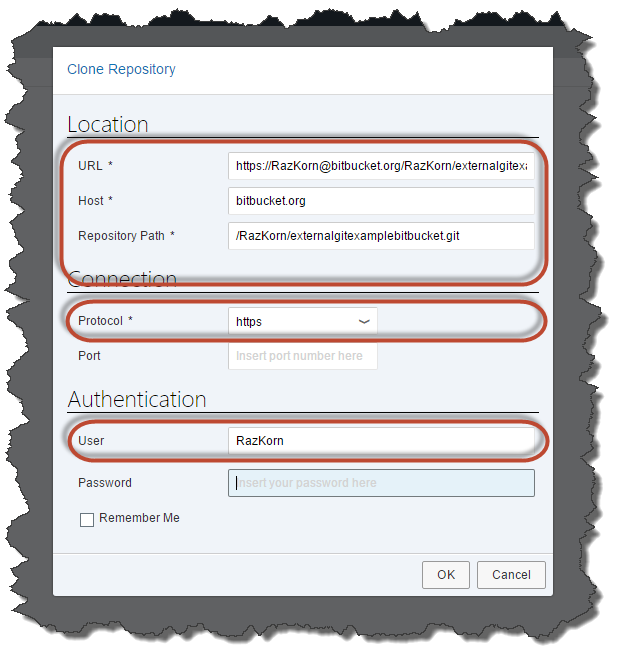 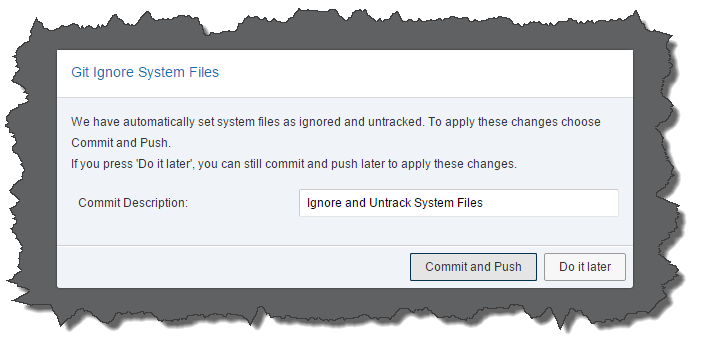 A new project was generated in SAP Web IDE that was cloned from Bitbucket. You can see that, as expected, the project only contains the contributors.txt file.

Cloning from an external Git repository is simple.

Bitbucket is somewhat more complicated than GitHub as it requires the additional steps for initializing the repository.

The major difference from the SAP HCP Git is:

OK, now that the project is cloned in SAP Web IDE, what can I do next?Following are a few options:

A few things to note when working with external Git

Do you know if it's possible to use Git server which is hosted internally in the intranet?

We are using Atlassian Stash as enterprise repository. It's not accessible from internet but I'm wondering if HANA Cloud Connector could help here. Not sure if Web IDE Git Client is working with HCC.

We have plans to support on-premise Git, but at this stage I cannot share a target date.

I have seen your thread

As per my Requirement it is very useful to me .

i have another Question. is it possible Randomly Change the Sender Email Address.

Because in my System Outlook configured with my Name. But I need mails from Others Mail-Id.

Once again Thank you very much for your post.