Ada Lovelace: The Digitalist in an Analogue world 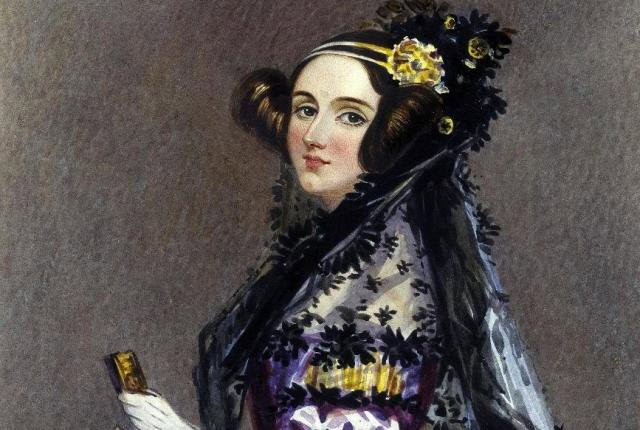 Lovelace became the first software programmer, after identifying some of the key attributes in Charles Babbage’s Difference engine. This is in the age of steam, Faraday’s electrical discoveries were still some years distant: the first digital computer was a steampunk mash-up. Into this imperial maelstrom of whirring cogs and spinning dials stepped the most unlikely pioneer: a child of the charismatic poet Lord Byron and even more scandalously: a woman.

She produced the first ever computer program. It included variables, Procedures, IF-THEN statements, all of which would be familiar to any ABAP coder today. But with more coal and steam needed.

Her most famous insight was when she saw some mechanical looms that used punched cards to control the sequence of patterns. She knew that Babbage had proposed using punched cards to make calculations, and she made the leap insight that a “calculator” could be instructed to handle not just numbers but anything that could be represented in logical symbols, such as music, text or pictures. In other words, she saw the future digital world of JPEG, MP3, HDMI and XML.

Frustratingly, the Difference Engine was too difficult to construct with the hardware capabilities of the time, and Babbage turned out to be a poor businessman.

Pleasingly I was able to visit the only ever working model at the Science Museum in London earlier this year. And California based readers must get on down to the Computer History Museum in Mountain View were another model is being constructed. You can take a look at this video.

And for the first time, Ada’s program could be run, 150 years after she wrote it. And it worked according to the spec (I wish I could the say the same for my first attempts in Java)

Don’t be the last Analogist in the new Digital World

The shift to Digital is almost done. As noted my earlier blog, even your car is now essentially a digital platform. Your television, telephone and music have already followed the vision that Lovelace had when she first saw those looms. Enterprises are adopting digital solutions both at the digital core (with S4/HANA) or at the edges with Digital Business Networks. Your suppliers, your customers and your competitors are making this move: if you don’t have a plan, then you are already behind.

Lovelace was destined to be the only digitalist in an analogue world: she had to wait for technology to catch up with her vision. Today’s technology laggards are destined to be the reverse: waiting for their vision to catch up with technology. To avoid disruption, businesses need to digitally transform immediately. Leaders need to accept the need for change and support changes to ensure the transformation is a success. Ada was first, you don’t want your company to be last.

If you have daughters, as I do, celebrate Ada’s birthday today and check out this page of resources which celebrates the achievements of women in science, technology, engineering and maths: http://findingada.com/