With S4/Hana there is no need to argue about where data came from. It’s real, not a copy, so you can confidentially use it in decision-making

Maybe you hope to get one of the many CSI box sets for Christmas, and are looking forward to snuggling down in your onesi 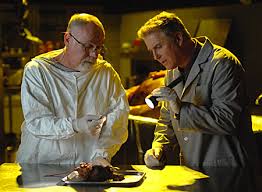 e to hear various suspiciously good-looking scientists intone “The Evidence never lies”. One of the themes that also crops up is “preserving the chain of custody”, from corpse to court. The key hear is that if a piece of evidence is going to be used in court, then there needs to be a full audit trail which documents all of its movements, processes and locations all the way back to the crime scene. There are plenty of high-powered defence lawyers on the show ready to cry “Challenge!”, and making sure the “chain of custody” is rock solid is critical to winning the case.

In Business Analytics, often the Chain of Custody breaks down under a challenge.

Imagine one of your executives looking at a dashboard and seeing that on-time delivery or quality is way down at one of the plants. How does she evaluate the precision and reliability of that number. Who created it, and when: has it been aggregated or passed through some analysts spreadsheet on the way? Are we sure that the supplier is counting “days late” the same way that we do? Do we understand which Exchange Rate was applied?

The fundamental problem is that Analytics uses a different source of truth from the underlying transaction. For a generation we have been building data warehouses which duplicate data in lots of sophisticated ways. Data goes through a variety of schemas, filters, aggregations, mappings and summarisations before it arrives on that dashboard.

Drill-down breaks down at High Volumes

In most ERP systems, the auditability of numbers is pretty solid. The concept of “drill down” was introduced by SAP in the 1990s to exactly provide this level of control: so that when anyone saw any number, perhaps in a General Ledger, they could drill down to the associated transactions to bolster their confidence that the number was accurate. This was fine when data volumes were small, but as soon as data volumes became large the Thirty Years War started between the primacy of transactional data and analytic data. Companies like Hyperion or Cognos sprang up to build summarised data cubes so that data could be duplicated in more accessible forms.

Data Warehouses have a “Provenance” problem 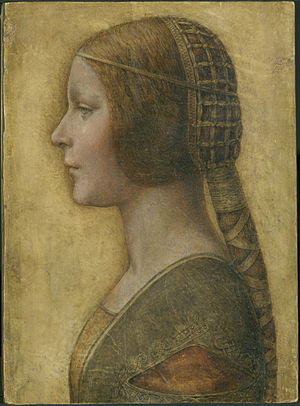 In the art world, a painting is only valuable if it has “provenance”, that is another form of Chain of Custody: an auditable, verifiable chain from the artist to the current owner. It lists who owned it, what they paid for it, if it has been touched-up or re-framed, all the way back to the original artist. Without this the picture’s value may be sharply reduced. Just this week, in the New York Times a debate is raging about whether the drawing “La Bella Principessa” is by Leonardo da Vinci or not. It makes a 100 times difference to the value, so as a buyer, you’d like to be sure.With a capable forger, it always comes down to provenance.

In business we also need “provenance” for the data. Can it be trusted?

If we are going to take a business decision on a number, we need to be sure that the number is correct. And with the duplication of data we could never, truly be sure. There was always a nagging doubt. Until now.

S4Hana eliminates the need for a Chain of Custody

This is where S4/Hana come in: it eliminates the need for a chain of custody, as the analytics is driven from the transaction. No filters. No aggregates. So that the same level of confidence can be used for my analytical data as for my transactions. Need to run a profitability by customer heat map in the middle of the day? Rather than uploading a batch from a business process periodically, the analytics is wired directly into your sales orders, including that one entered just seconds ago.

Although this piece of evidence isn’t being used to send a hoodlum to the slammer, it still might be used to consider switching suppliers, change plant production or put a manager on notice. You want to be able to go into the next quarterly meeting and be able to confidently say “We follow the evidence, wherever it leads” and not have anyone yelling “Challenge!” and questioning your Chain of Custody.

For more on what S/4HANA can do for your business take a look here.