Keep reading to hear more about his experiences as a speaker at SAP TechEd, what he hopes gets better when the community re-launches next year, and the adorable jokes his son tells him!

Tell us a bit about yourself, where you live, what kind of work you do, and other things you would like to share with the community (hobbies, fun facts)?

I am a husband and the father of two wonderful boys aged 5 and 2.  We live in Waterloo, Ontario Canada which is a city of around 100,000 people.  It is known for the high concentration of high-tech employees with the University of Waterloo having a very strong co-op computer science program.  Waterloo is located close to three great lakes (Ontario, Huron and Erie) where we like to go camping in the summers.  During the fall and winter I play in a squash league where our team travels to play other clubs.

At work I spend my time attempting to answer Kapsel related questions for other SAP teams and customers, learning and trying out new features, providing feedback on those features and reporting and verifying bugs.

When did you become a member of SCN and which areas are you most active in?

I joined in August of 2011 and have been active in the SMP Developer Center and SAP for Mobile.

What motivates you to keep coming back to SCN and help members get answers to their questions?

I enjoy sharing information.  Part of the benefit for me is that by writing down the information and coming up with samples to illustrate a feature, I often encounter other questions that I would not have thought of so by preparing to share the knowledge I often learn more about what I thought I knew.

As well there is a lot of insights others bring to a topic by commenting on what they have read.

Your series, Getting Started with Kapsel has been wonderfully popular. What was the origin and to why do you think it’s resonated so well with the community

When I joined the Kapsel development team my first task was to write a tutorial demonstrating the product that was to be included as part of the initial release of the product.  We decided that it would be better served as a document on SCN so that we could continually update it as well as receive feedback from Kapsel developers.

I personally learn best by doing with simple examples and by having a trail or a set of steps to follow to create something so that is what I have tried to provide with the Getting Started with Kapsel.

I see you’ve been a speaker at SAP TechEd more than once. What is that experience like? What are your favorite type of sessions?

My favorite types of sessions are hands-on sessions where the participants get to experience first-hand the benefits of using our software.  As a presenter with 30 laptops and up to 60 participants it can be challenging as participants often have different skill sets/technical experience.  As well, with computers there often are unforeseen technical issues that occur, but hopefully the problem solving process is also a valuable tool to learn.

To be honest I get fairly nervous speaking in public as it is not something I do regularly but it is great to get the opportunity to interact first-hand with so many SAP customers and receive their comments and questions about Kapsel. 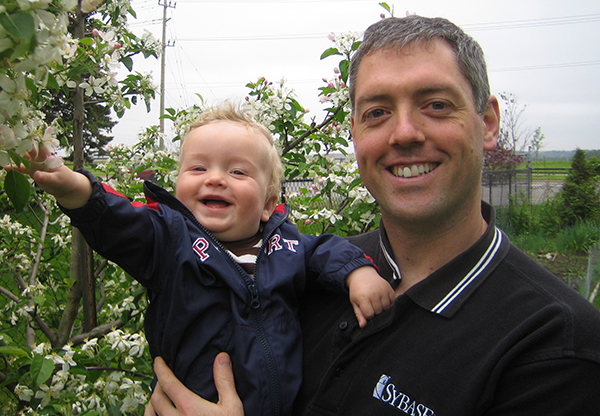 What’s your advice to newer members? Top 3 mistakes to avoid?

When you have been working on a problem for a while and then decide to post to SCN for help, sometimes important details are missing from questions. A few key things to note are the version of the SDK being used (such as SMP 3.0 SDK PL10), the device type being used (Android 5.1.1 or iOS 9.1), and the version of node.js (4.2.2).  Screen shots or copies of the device log can also be helpful.

If the problem is not directly related to the Getting Started with Kapsel guide it would be best to post it as a new discussion rather than as a comment on the guide.  This will make it easier for others to find in SCN and then when answered, the discussion can be marked as answered.

I was not aware of the upcoming changes.  For me personally, a few of the things I would like to see improved about the existing document editor and the resultant output are listed below.

Your helping SAP cut its path in the mobile space. What’s the most important thing SAP needs to do to keep customers enthusiastic about its products in the future?

Perhaps to continue to think about the balance between adding new features and making the products easier to use as well as the interactions between SAP products.

It is great to see how the integration between Kapsel, the Web IDE and Mobile Secure as demonstrated by Jeff and Dhimant in the free online course Developing Mobile Apps with SAP HANA Cloud Platform at https://open.sap.com/courses/mobile2.

I am amazed by the efforts of Midhun VP and Jitendra Kansal to both answer questions and to provide content on SCN.

Do you have any fun talents you’d like to share with the community? Jokes, songs, a poem? (I’m still hopping for someone to match Matt Fraser’s  ABAPer’s Carol.

The jokes that come to mind lately are those my 5 year old tells me.
Knock, knock.
Who’s there?
Tickle.
Tickle who?
Tickle you!!!

Look under there.
Under where?
Ha ha, you said underwear. 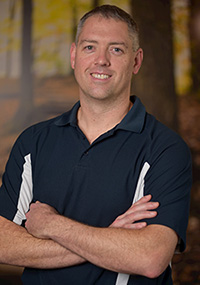 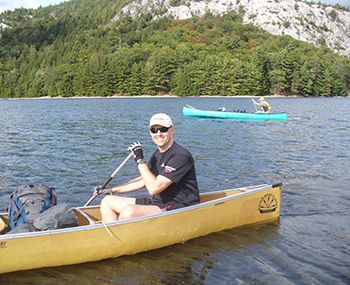 Your getting started guides always act as the primary source of reference for Kapsel apps development.

Thanks for putting it up together and updating regularly..

Awesome job Dan and well deserved!  Your "Getting Started with Kapsel" blog is the primary Go-To place for everything Kapsel.  Additionally, you always being there to answer questions, updating features, and providing new samples makes learning Kapsel so easy.

Great to see Dan as SCN MoM, Welcome to the club! Amount of work and dedication you have been contributing on SCN is highly appreciated. You are really a 'Kapsel Guru'. 🙂

Hope to see you in person next year at some event!

Caroleigh Deneen : Thanks for this great choice. Nice interview!

Congrats Dan! I always use your Kapsel guide when working SDK and Fiori incidents.

Thanks for all of the information you provide on a daily basis!

You blogs are the starting point for many people.. Thanks a lot such wonderful blogs.

Welcome to the club. Good to know more about you.

Thanks for your contributions to SCN Community.

The member of the month gets a badge and 50 Points along with the recognition in such a blog  and being featured at the welcome page of SCN.

The like points and ratings are certainly deserved by the person who wrote this blog as we mainly  recognize the quality of the blog with these likes and ratings.

Thanks for the kind words.  It really helps to know that the content is being used and is hopefully helpful.

Very proud of your achievement. I wish you all the best and success.

Here is another one:

Congratulations Dan! We are proud of your achievements!

Very welcome addition to the MOM club, congratulations! Can't wait to tell these jokes to my kid! 🙂

Congrats Dan!!! Awesome work always... best part above is to see some of your personal moments disclosed in pictures. You are always inspiring.

Its because of people like you we are able to learn and understand the concepts in a better way. 🙂

This is an awesome choice Caroleigh

I knew Dan from quite some time. He is one of the best helpful SAP employee.

Whenever I am meeting the customers they mention about Dan's blogs, they said those are the best how to guides they are following.

I believe that his guides played a major role in the success of Kapsel Mobile SDK. We need more SAP employees like Dan in SCN.

Thanks for the mention.