Show Me the Money: US Federal Spending – Where our Tax Dollars Go

This is too late for a Data Genius entry (see DataGenius IV: Home ) but you can vote for your favorite entries now.

Reading Help Treasury Reinvent USAspending.gov | whitehouse.gov I went to the beta site here Home | OpenBeta.UsaSpending.gov and downloaded the contracts data. (Hat tip to Ina Felsheim for sharing). It’s “big data” in that it is in gigabytes

When acquiring the data, it was the first time I’ve received the above message. 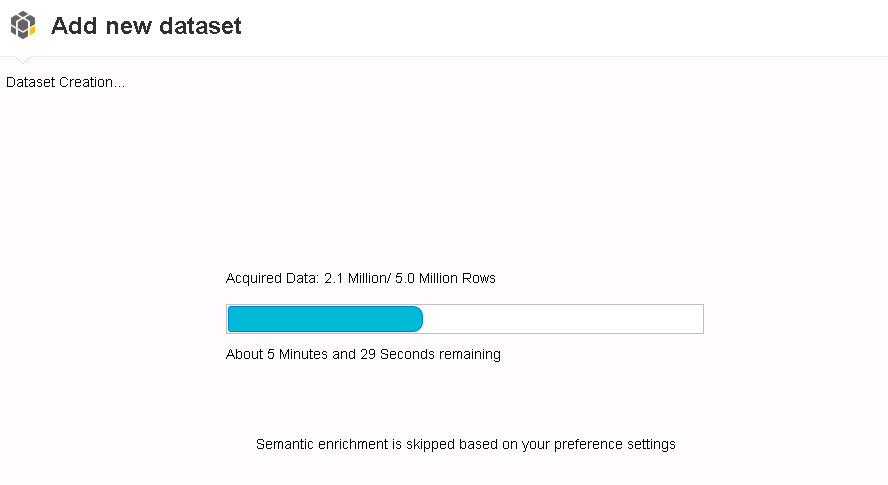 It took a while to “acquire” 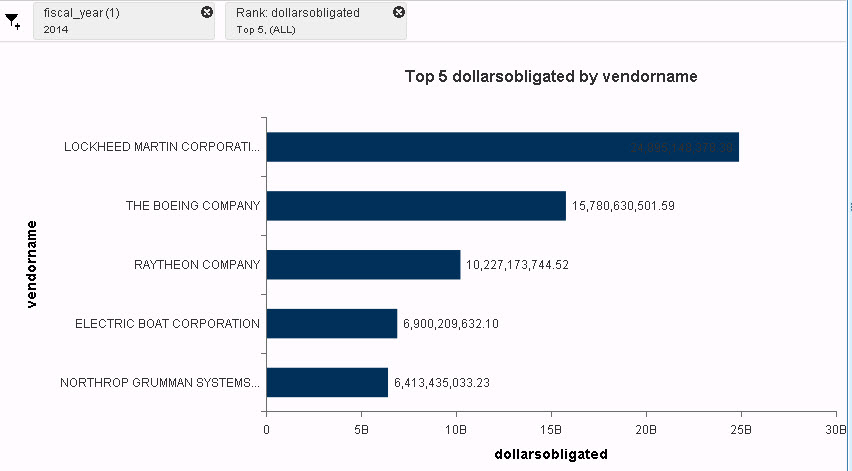 Once completed, I could start the visualizations – like show what is the top 5 dollars obligated by vendor name for 2014?  No surprise that it includes defense contractors, but what is “Electric Boat Corporation”?  I hadn’t heard of that.  It turns out it is General Dynamics 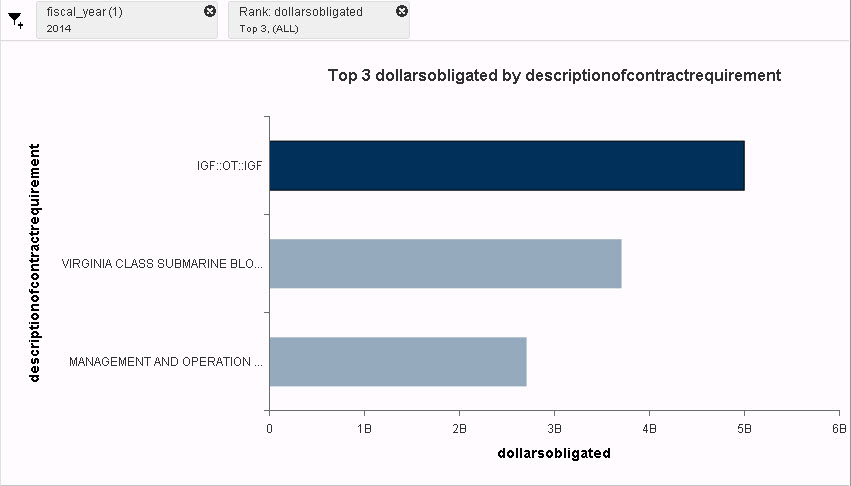 What were the top 3 contract requirements?  “IGF”  – some Googling said it is “inherently government functions” at $5 billion 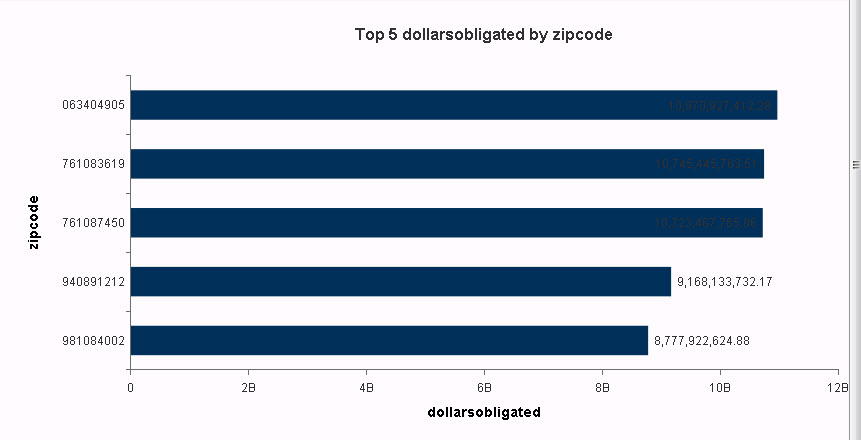 Top dollars obligated by zip code include those of defense contractors, with the first one from General Dynamics.

The 98108-4002 is Boeing in Seattle – see http://usplaces.com/others/tukwila-wa/the-boeing-company-boeing-plant-2-cafeteria 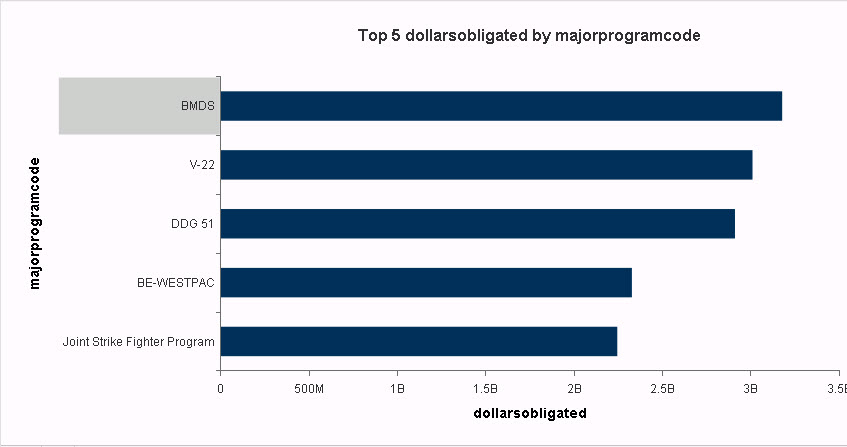 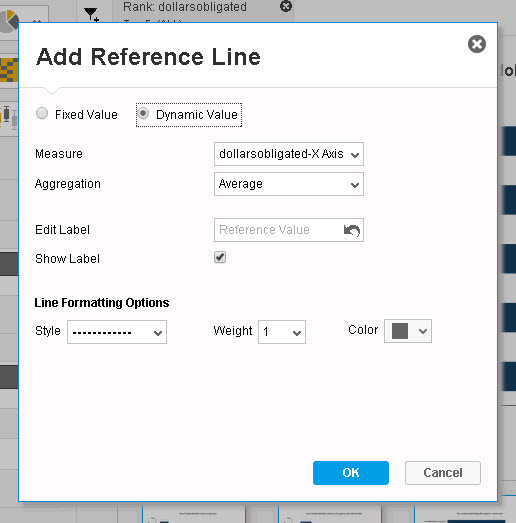 For fun, I added a reference line as shown above. 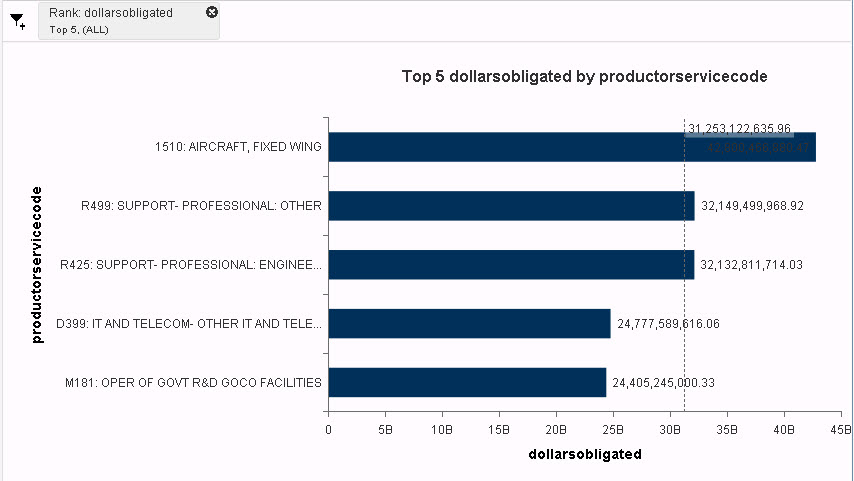 Above shows both 2013 and 2014 years top obligated by product/service code.

For “fun” I used forecasting to project out the 2015 spending, but notice the spike in obligations in September?  That is because September is the fiscal year end for the US government.  Agencies clearly are motivated to “spend the budget”.