One night of code jamming in Barcelona

My first participation at an SAP InnoJam was really a great experience for me. At Saturday I arrived in Barcelona and went to the registration desk in the Fira Gran Via. 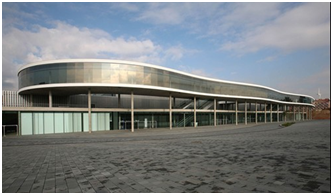 I did not join a team before participating at the InnoJam, so my first task was to look for a team. After a few minutes I found an old friend of minewhich I already met  at the SAP Inside Track in Hamburg this year. So I already got a new team member, only three additional ones were missing now. 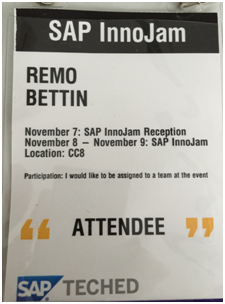 After a bit of smalltalk with different people, we found three other guys for our team. This was the teambuilding part of the event and after 30 minutes every team got their challenges.

Afterwards my new team and I went into the heart of Barcelona, where we were on the lookout for  something to eat. We  ordered some special catalan ham and cheese tapas and washed them down with some pints of craft beer. 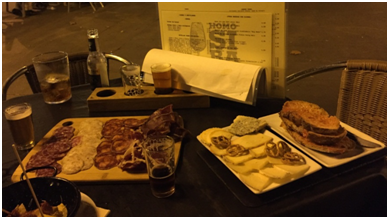 My second day in Barcelona started at 6 o’clock in the morning. The official coding time started at 8 am on Sunday with some snacks and an introduction of the SAP organization team. Every team got a small room and shared it with up to three other teams. The first task was to create a common understanding of the challenge. This we achieved by using the design thinking method and an additional survey.

After some hours of inspiration, we started to build our app. At the beginning we got some support of a SAPUI5 developer of SAP. After 16 hours of coding it was very quiet outside. Some of our rivals went back to the hotel, they wanted to catch up some sleep… At this moment, we took a short break of 15 minutes, after this we continued with coding.  I think, I had my maternity blues at 4 or 5 o’clock in the morning, Monday morning. This night was very hard, it means 24 hours without sleep. But the bigger problem was only 6 hours of coding are remaining. After a short 6 hours sprint, we created an app with all three technology parts. We included SAPUI5, SAP HANA and the SAP HANA Cloud Platform.

At 12 o’clock, we had to stop coding and  had to wait for the decision of the jury. The two hours were the longest two hours in my life until now. After a six minutes presentation we had to wait again. Some moments later the jury finished their work and my team was disappointed, we were not under the first six teams, so we did not get an Apple Watch.

But the feeling, the community and the coding were a great experience and hopefully I’ll be back there next year.

Congratulations Remo. It sounds was a great experience.. This year we'll participate in México City. Regards.