“HIV/AIDS”, it is not someone else or some countries problem. It is the problem of everyone in everywhere!

I was hooked onto this thought while searching for the datasets for the Data Genius competition. The top ten entry with most votes will be evaluated by a panel of Judges. The winners will get a chance to donate to any of the eight charities approved by SAP. Also, a ticket for SAPPHIRENOW. Though it’s a pity that we could only choose from eight approved charities, still, it is a great idea that Prize $ goes back to community that is in need.

This blog is the re-cap of my entry on DataGenius

The population is progressing upward trend in linear. 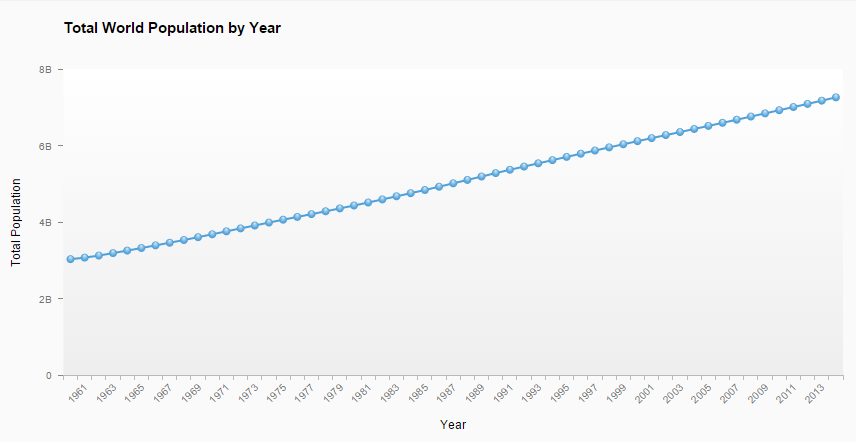 It could mean two things. Either, we are having low child birth rate or children are dying at young age. 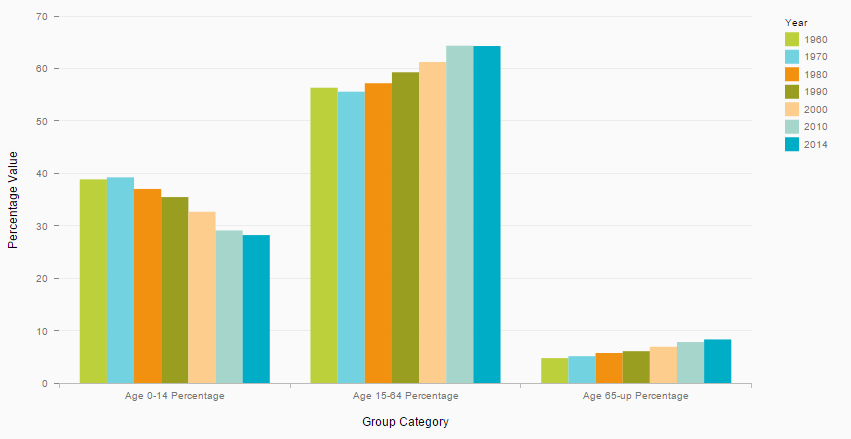 So, I decided to look into many factors and found that >

Despite the decline in the children population, the number of children age (0-14) living with HIV has increased dramatically over 15 years from 1990-2005.

Though, the number is going down steadily from year 2010. 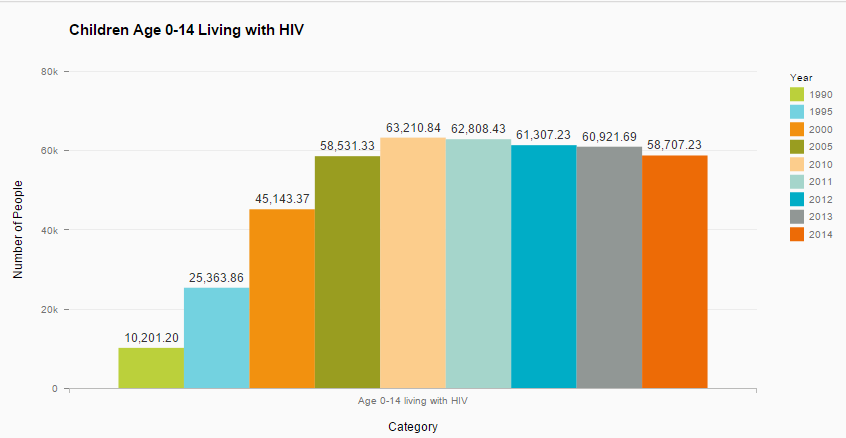 Geographically speaking, the World Map below shows the region where children living with HIV exist. 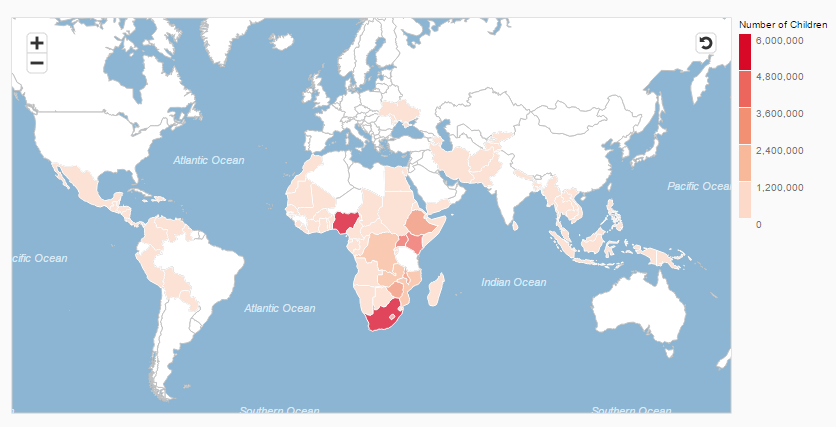 If we drill-down or analyse those regions, the following statistics are found. 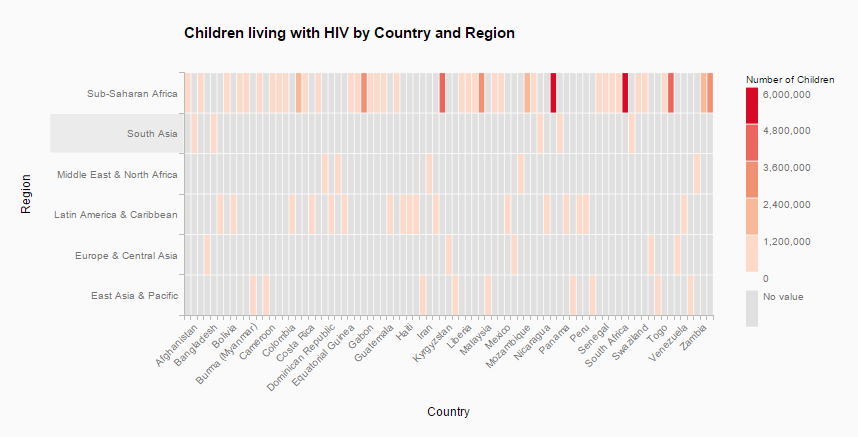 When we group them by region, Sub-Saharan Africa has the highest number of children living with HIV.

If we check by the income group, regions with Low Income Group has the highest number of children living with HIV. 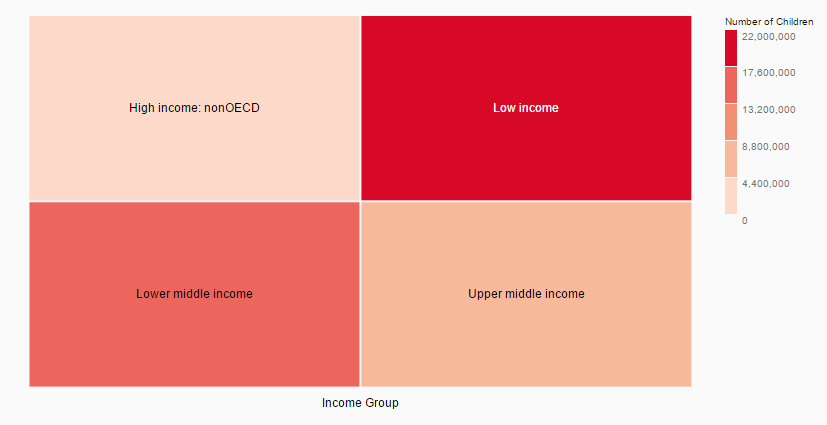 Let’s see by the countries, who are in the top and bottom ten. 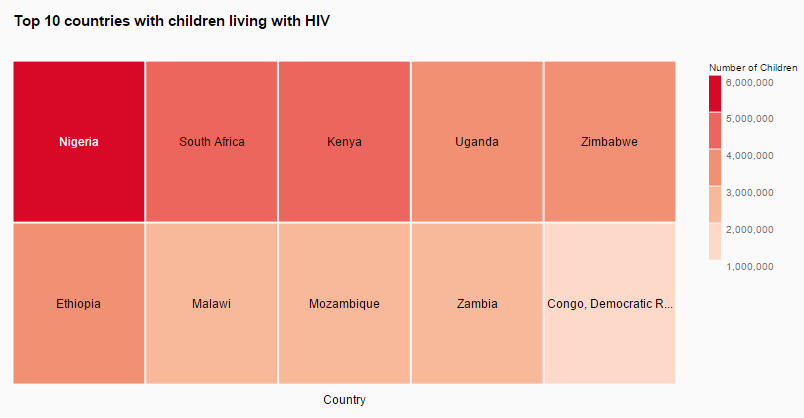 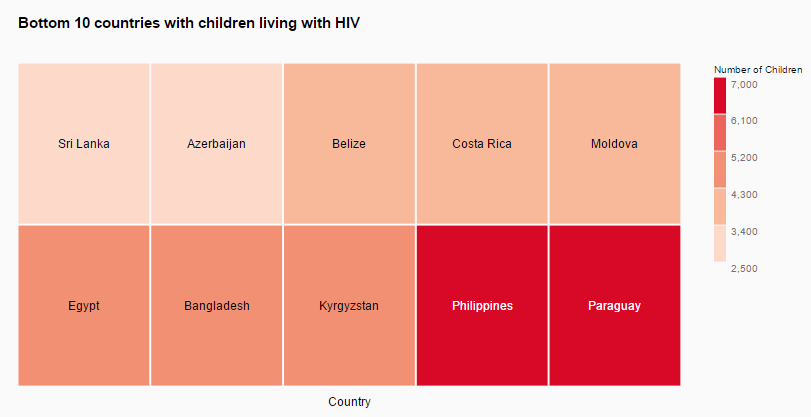 Then, I thought that if we spend a good deal for public health and educate the public, we could somehow eradicate this issue.

So, I decided to look into the public health expenditure data >

and found the following … 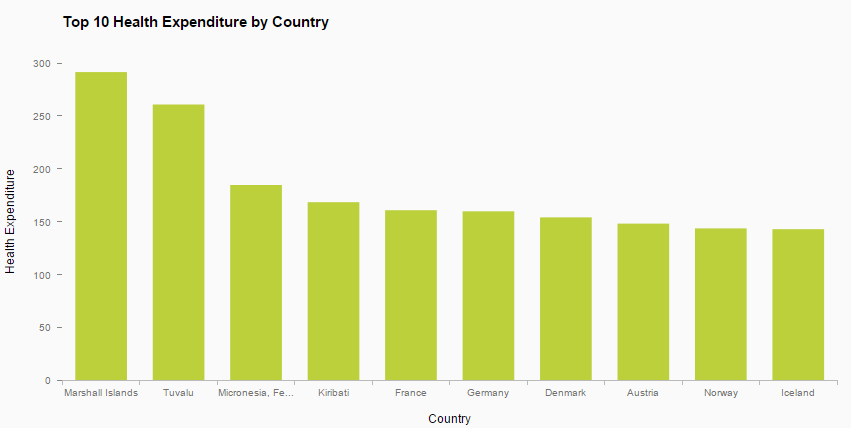 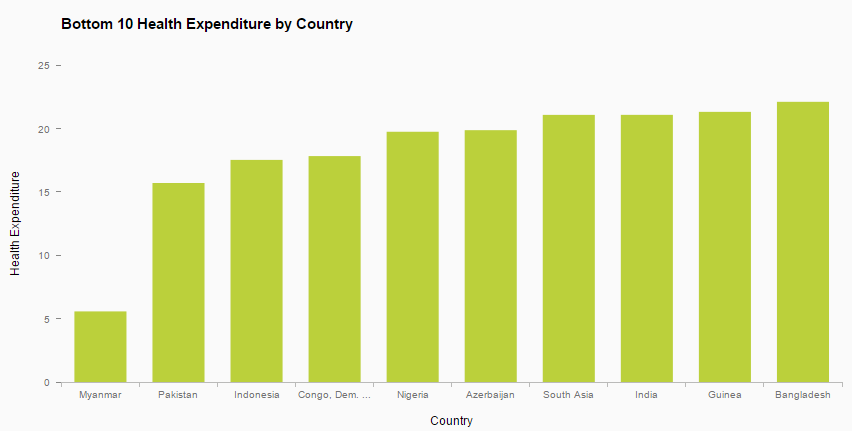 None of the country that spent higher percentage of GDP on Public Health are in the list where children living with HIV exist and vice versa.

Especially on the children living with HIV.

To conclude, it is everyone’s problem. No matter where you live in the world. You can play a part in helping this world a better place.

Let’s raise the awareness by voting my entry on the #DataGenius if this is happened to be read before 2015, December 8 😆

Your 1Click will make an impact on someone’s life.

Click here to create an impact today! It’s all in your hand. 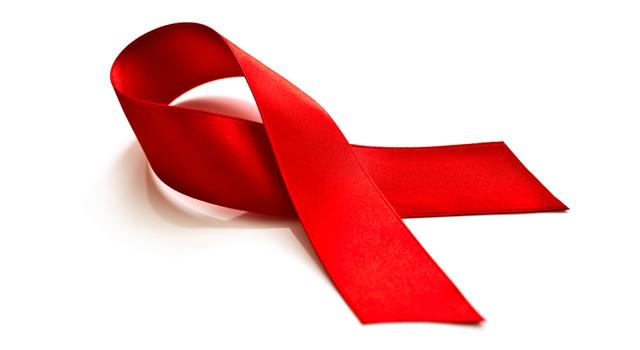 The data used in this analysis is acquired from The World Bank Data.