Abortion is possibly the most divisive women’s health issue that policy makers and planners face particularly in developing countries where safe abortion facilities are not available to most women. The health risk of abortion multiplies if a woman has to face it repeatedly. Given the fact that women in India have poor health, the chances are very high that they may not only experience abortion, which includes both spontaneous and induced abortion, once but perhaps more than once.

It was estimated that during 2001-07, the number of girls that were missing in India on account of prenatal *** selection was 6 lakh per year (on average), or 1600 per day (on average). States such as Uttar Pradesh, Bihar, Rajasthan and Maharashtra together account for nearly 4 lakh out of the 6 lakh girls missing at birth in the country on an annual basis.During 2001-07 for the country as a whole, on an average nearly 5 percent of female births did not occur because of prenatal *** selection. 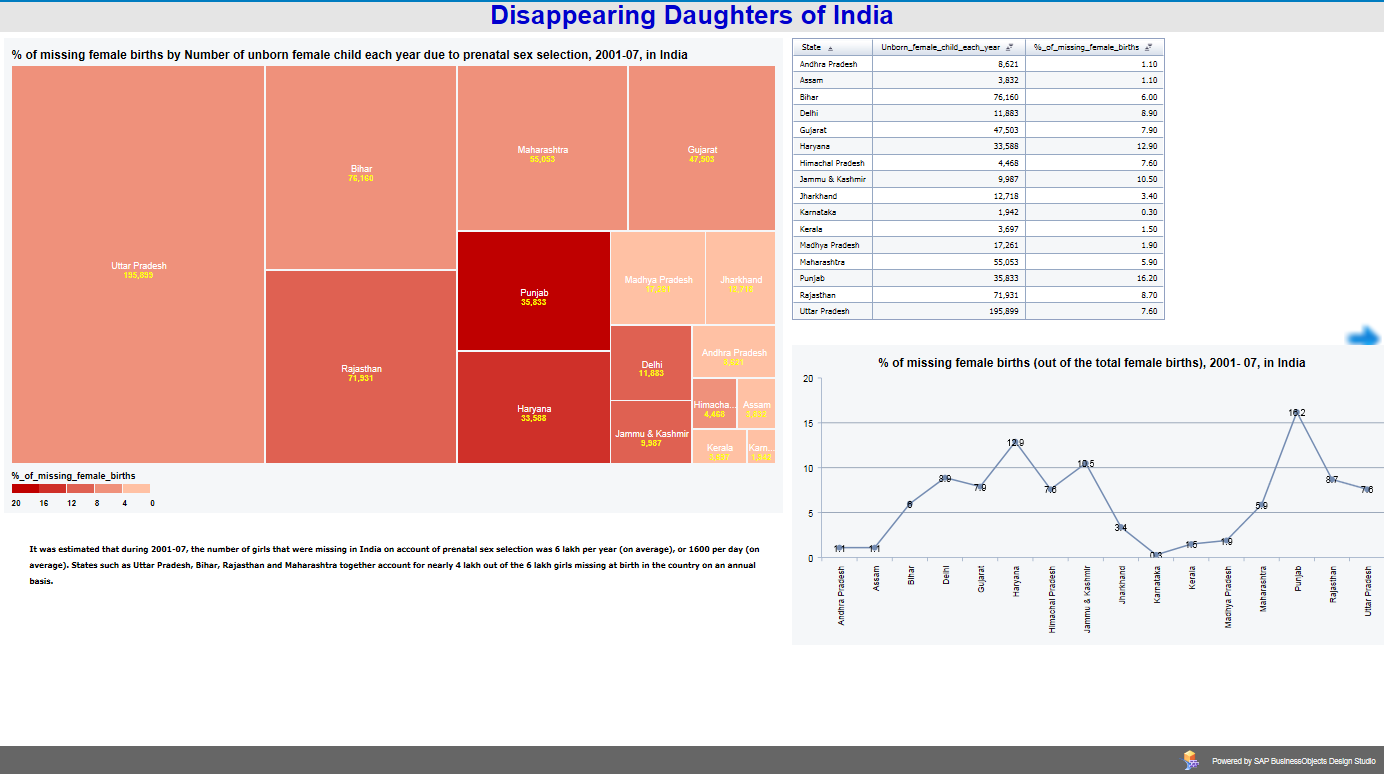 The NFHS collected information on abortion by asking two questions to ever married women. The questions were: “Have you ever had an abortion?” And, if “yes”, “How many times have you had induced abortions and spontaneous abortions?” The major limitation of the NFHS data on abortion is that it provides only lifetime estimates of abortion. Of the total sample size of 89,777 the number of women who reported to have experienced abortion irrespective of the type of abortion, at any time during their reproductive span prior to the date of survey, was 12,928 (14.5 per cent). The present analysis pertains to these women only. Not only were the induced and spontaneous abortion rates high in Delhi, even the number of women reporting to have experienced abortions wag high: 27 percent of all women who reported to have had an abortion belonged to Delhi. 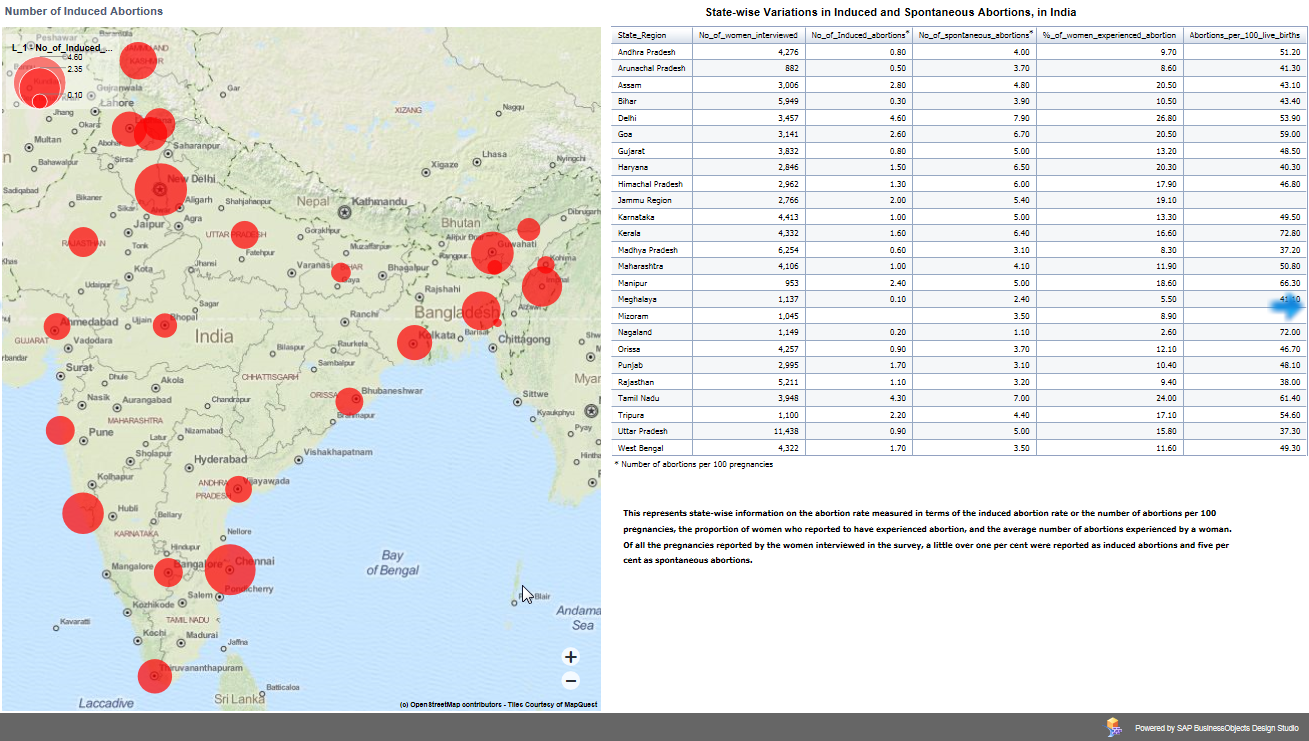 In India, the *** ratio for the second birth, when the firstborn is a girl, is much lower than if the firstborn is a boy. Selective abortion of female foetuses, especially for pregnancies following a firstborn girl, has increased substantially in India.

A natural variation of *** ratio is taken as 950 to 975 girls per 1000 boys, based on ranges reported in most high income countries where social pressures for fewer females do not exist. 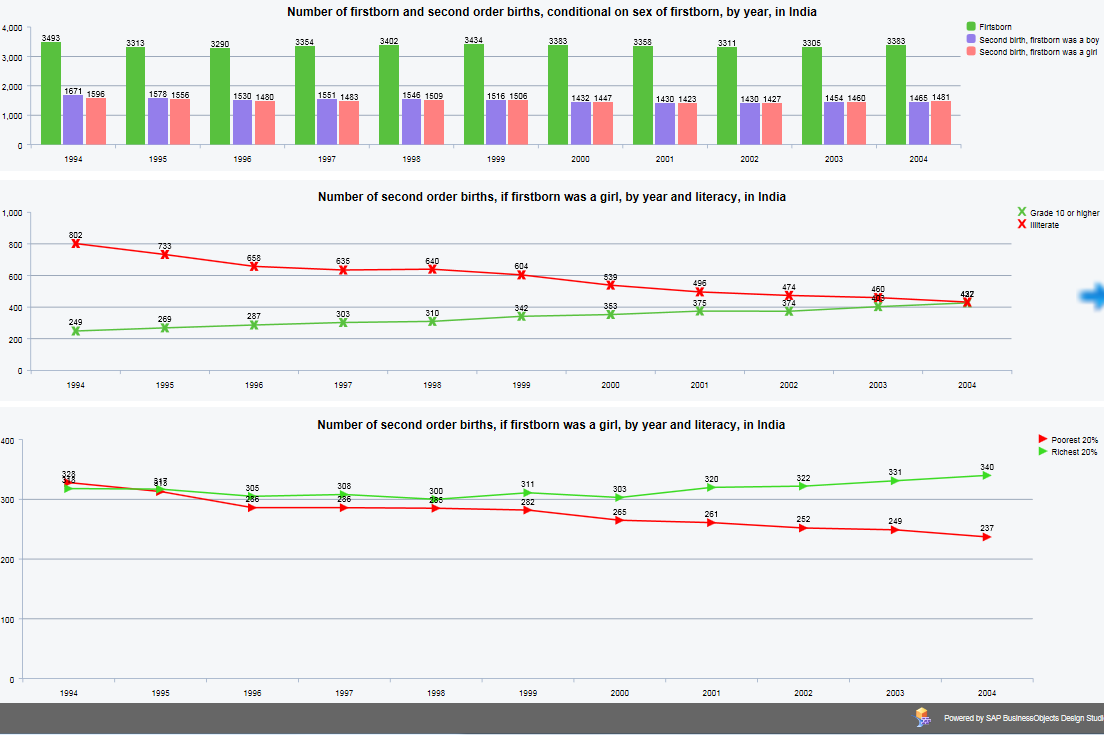 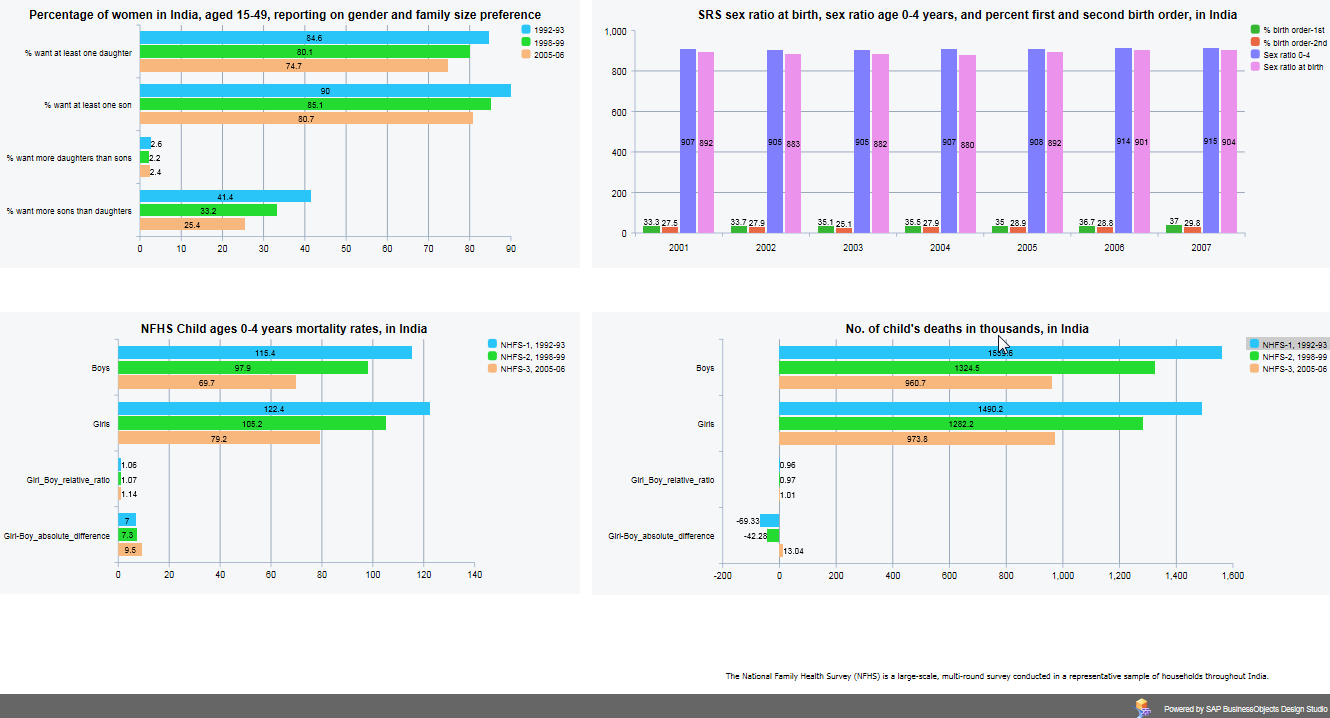 Data taken from below sources: