I grew up playing soccer and was always on the left (read: smaller) side of physical size bell curve. In the unsophisticated arena of elementary-school soccer, size won almost every time. By high school though, things changed. One coach used to harp on us, “Size hurts but speed kills. Move the ball. Quickly.” 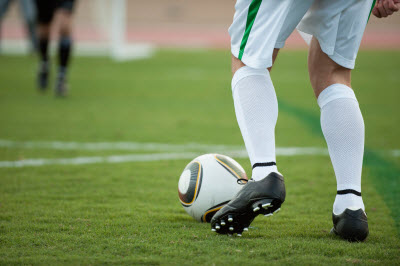 Speed and flexibility have always been key ingredients for success  in the business world, but today’s digital economy has only vaulted their potency. It’s never been easier for a couple of people with a coffee shop-supplied internet connection to disrupt an established incumbent or an entire industry. Is finding a parking space frustrating? There’s an app for that. Want to produce small widgets? There’s probably a hacker space with a 3D printer nearby. Want to gather a crowd? Social media makes it easier than ever to unite a group of like-minded individuals.

What does this mean for your company? You need to be able to move the ball. Quickly. Being the biggest player in a market or industry is no longer a guaranteed recipe for safety. Of course it helps, but someone — a competitor or a frustrated customer — is sizing you up and determining how to pick you apart by moving faster into new markets, introducing competing solutions, and innovating at pace that eventually breaks down barriers to entry. Once you’ve started chasing the ball, the game’s up.

As companies grow, they frequently become saddled by complexity. That “temporary” manual process or extra step to accommodate your first international expansion? Yep, it’s probably still there a decade later. All of those features you’ve been adding to a product for years and years? Just clutter, likely. Complexity slows you down and destroys your flexibility. Before long, you’re chasing to keep up.

Speed has never been a more important competitive asset. Move that ball.