Data Genius Entry – “I am an Indian farmer, hear me out” – Farmer Suicides in India

Here is my Entry for Data Genius IV Challenge for the Category, Health & Social Impact Alliance. This analysis is based on the Farmer Suicides which has become a major concern for our nation, India.

India is an agrarian country with around 60% of its people depending directly or indirectly upon agriculture. Farmer Suicides account for 11.2% of all suicides in India which is affecting the GDP of country.

India is a country which has abundance of resources but they are not put into effective utilization. Here, we analyze the land utilization pattern which shows that over the period of ten years i.e. 2001-2011, on an average 57.41% of land, available for cultivation is not being put to use effectively. This leads to less production of food and lesser income for farmers. They are unable to pay the loans which they took for farming equipments and fertilizers to grow crops. Hence, it leads to farmer suicides. The highest number of farmer suicides were recorded in 2004 when 18,241 farmers committed suicide. 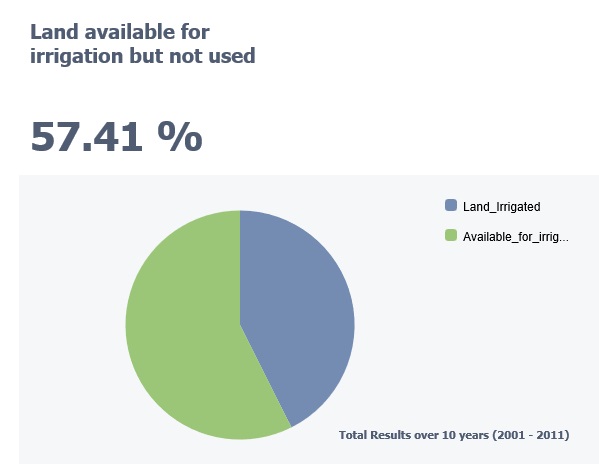 By Mapping Growth rate of Irrigation and Production, the statistics show that from 2001 to 2011, with 14.58% Growth in Irrigation, Food Production rate has increased to 64.99%.

This has resulted into good income for farmers and hence, farmer suicides have gone down with the declining rate of 21.9%. 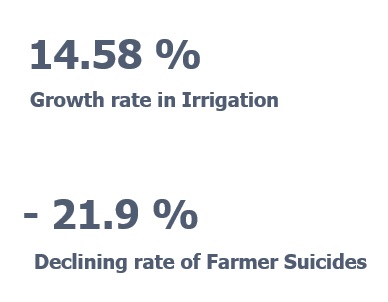 So, if the available cultivable land is irrigated effectively, statistics show that with every 1% increase in area of irrigation land farmer suicides tend to fall by 1.5%.

All this analysis has been done on the data for over 10 years, i.e. from 2001 to 2011 using SAP BusinessObjects Design Studio which allowed to create intuitive design pattern as a dashboard based on analytic content. The stats used for the analysis were xls sheets available online and provided by Indian Government portal data.gov.in/catalogs.

Thank you all for your priceless support and voting for me !!

I have won People's Choice Award for my Data Genius Challenge IV Entry.