Deciding on a Project Coding Mask

FACTORS FOR DECIDING A PROJECT CODING MASK IN SAP

In SAP Project Systems, a Project Coding Mask is used to create a structure for the project number. Masks help in displaying complex project numbers and  in indicating the position of a WBS element in the project hierarchy.

Complex projects often require a complex numbering structure. A WBS element number may look like this: M-EIPL123-02-A7/18. Here a project coding mask can be used to provide this structure uniformly to all WBS elements in that project, without giving scope to user errors.

The project coding mask is made up of 2 parts: Project Coding Key and Coding Mask.

Creating a project with a Project Coding Mask:

In any other case the system will give an error.

Considering all the above points, assuming that the client has specified 5 WBS element levels, the coding mask can be structured as follows:

Any suggestions / corrections are most welcome. 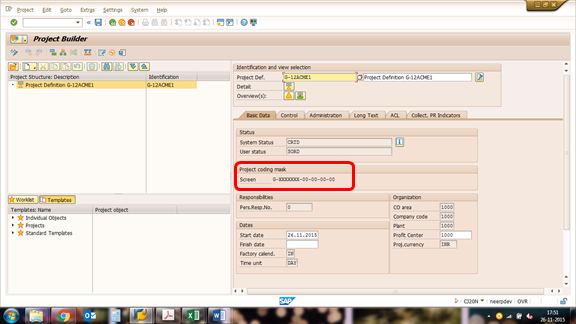 Excellent write up on coding mask.

Very basic and extremely essential for all PS consultants to know.

Especially the section on interpreting the coding mask is very good.

I have a qn though.

In the area B-4-B you say WBS element can be either XX or 00 but not X0. But I have worked in one of the projects where the WBS element always ends with 000X. There is only one level of WBS element in the projects we used. Can you confirm your statement or tell me how is 000X possible in the case. Honestly I dont know the answer.

Second, can you just explain how this conversion happens

Couldnt find the importance of > and =. Please explain.

Many thanks for your feedback.

1. In point B-4-b I have mentioned that a coding mask cannot have -X0, not WBS element. So if you were able to see WBS elements with 000X, that means either:

b. or there was no coding mask in the system,

c. or there was a coding mask but the "Edit" in Define special characters for projects was not check-marked. This allows projects with definitions other than the keys defined in customizing to be defined in any way, which again allows for user errors.

For example in the images below, the key 'Z' has a coding mask Z/000-XXX-000/XXXX, so you cannot create Z/00A. But since the "Edit" is not check-marked in customizing you can create M/00A (since character M has no coding mask in customizing) or even 00A. Once you check-mark "Edit" then the system will not allow M/00A.

If you want the user to use no other coding mask than with key "Z", then you check-mark "Lck" on the rest in Define Project Coding Mask. 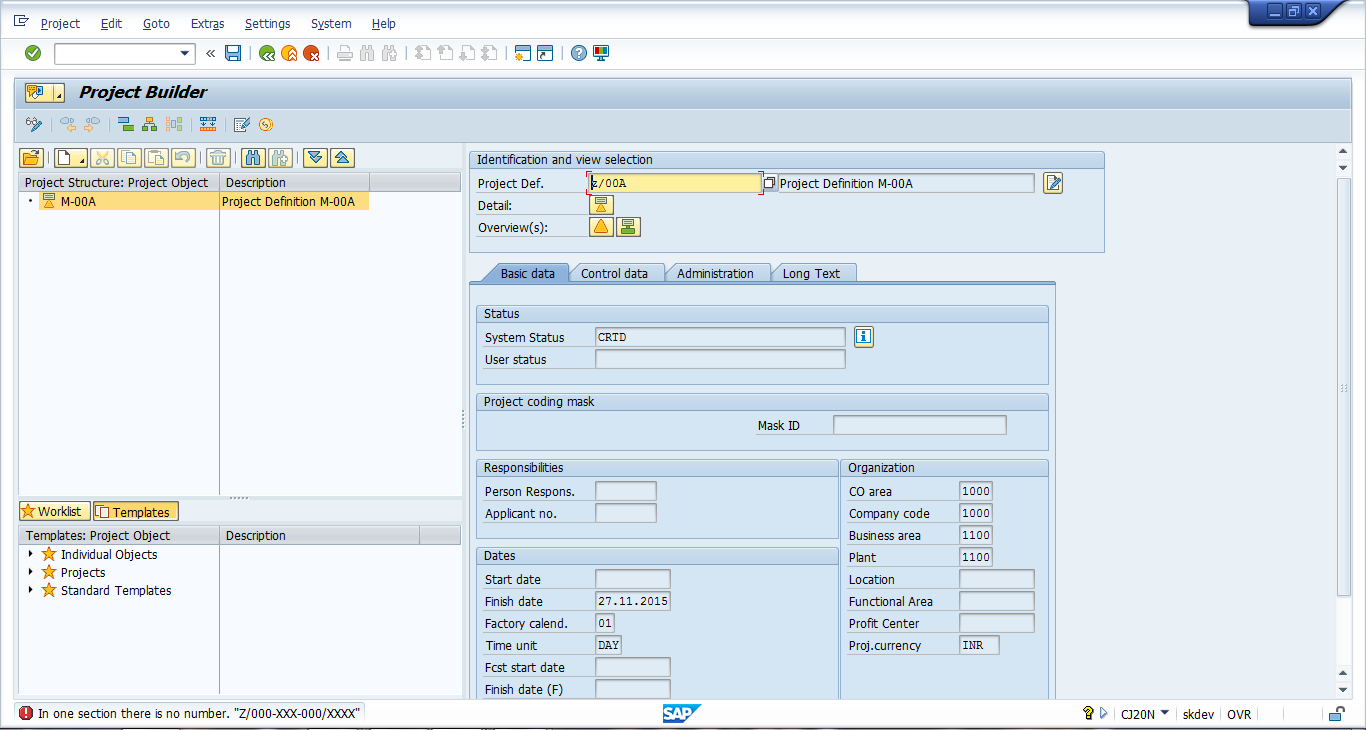 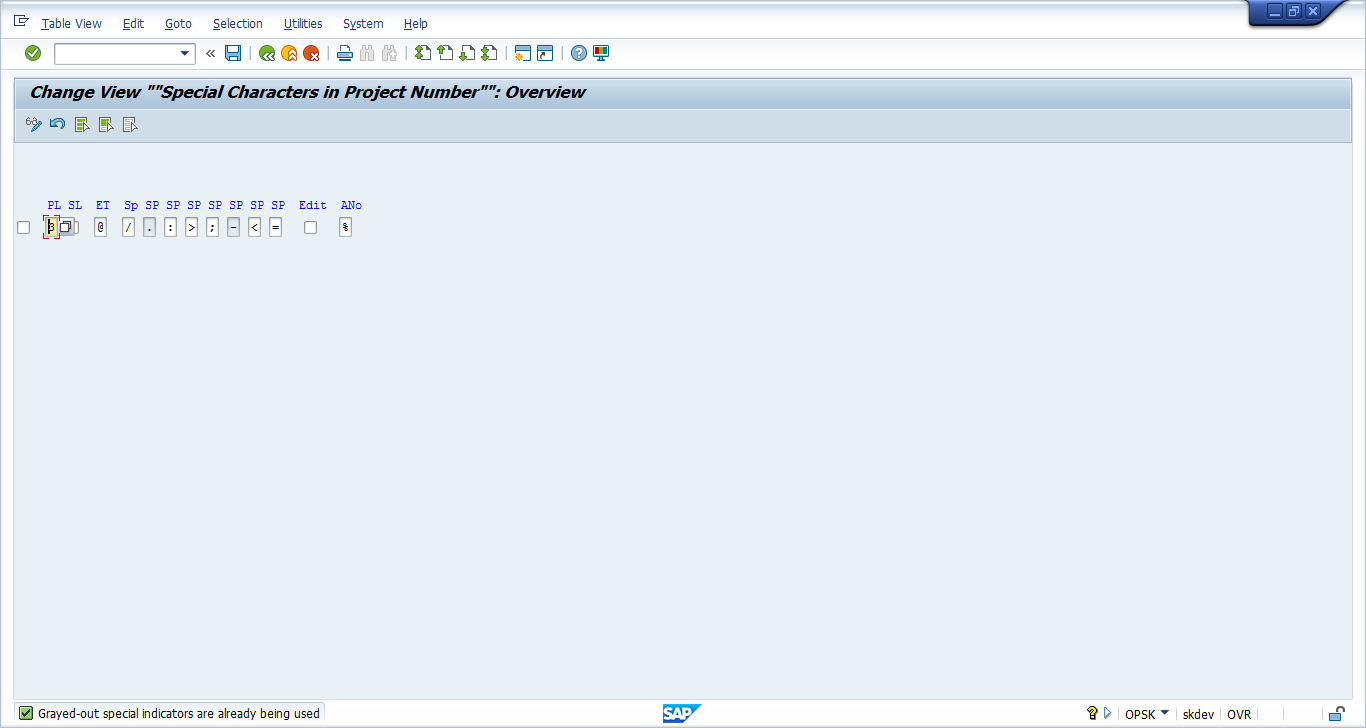 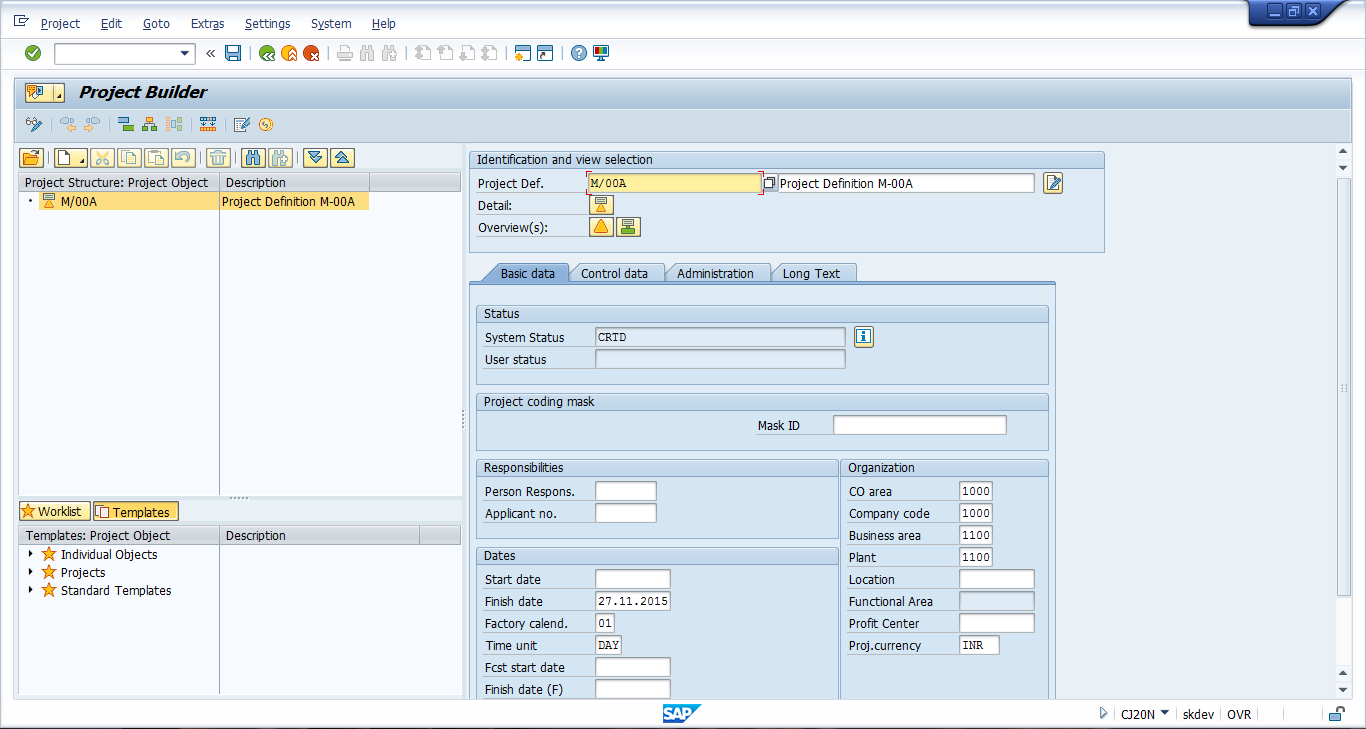 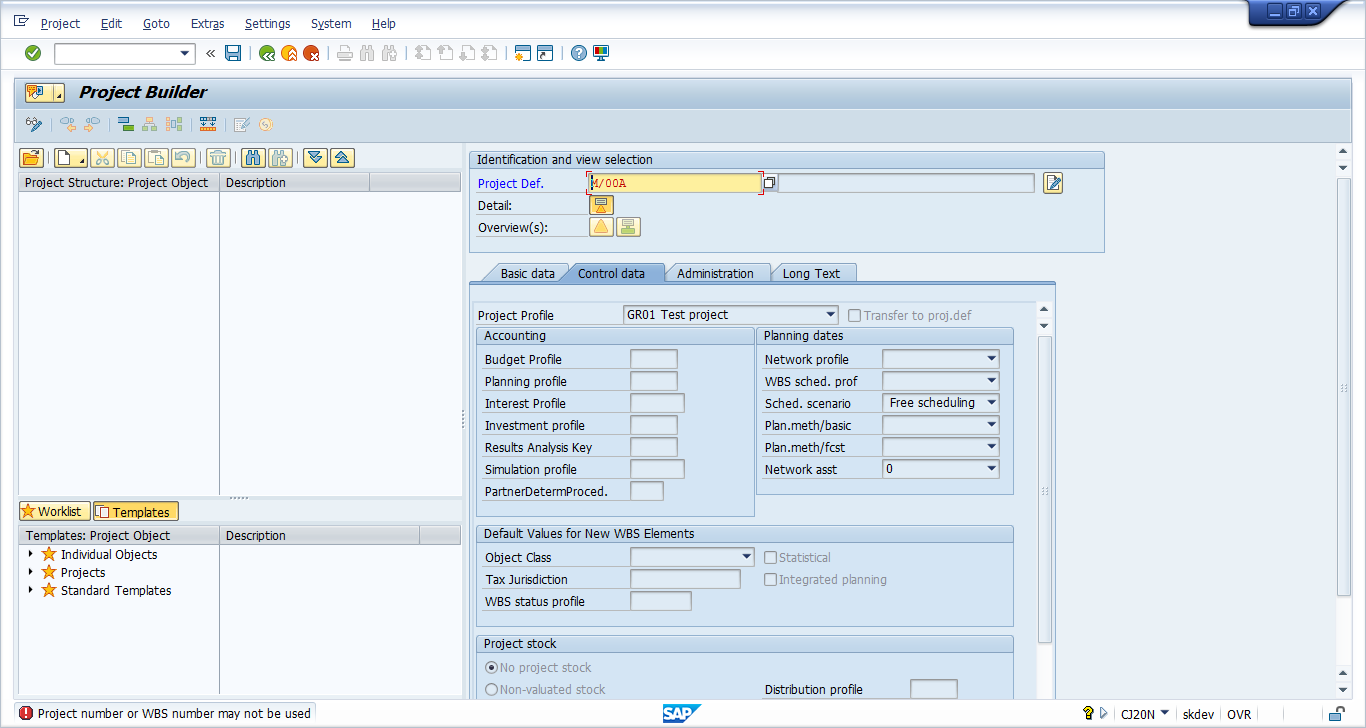 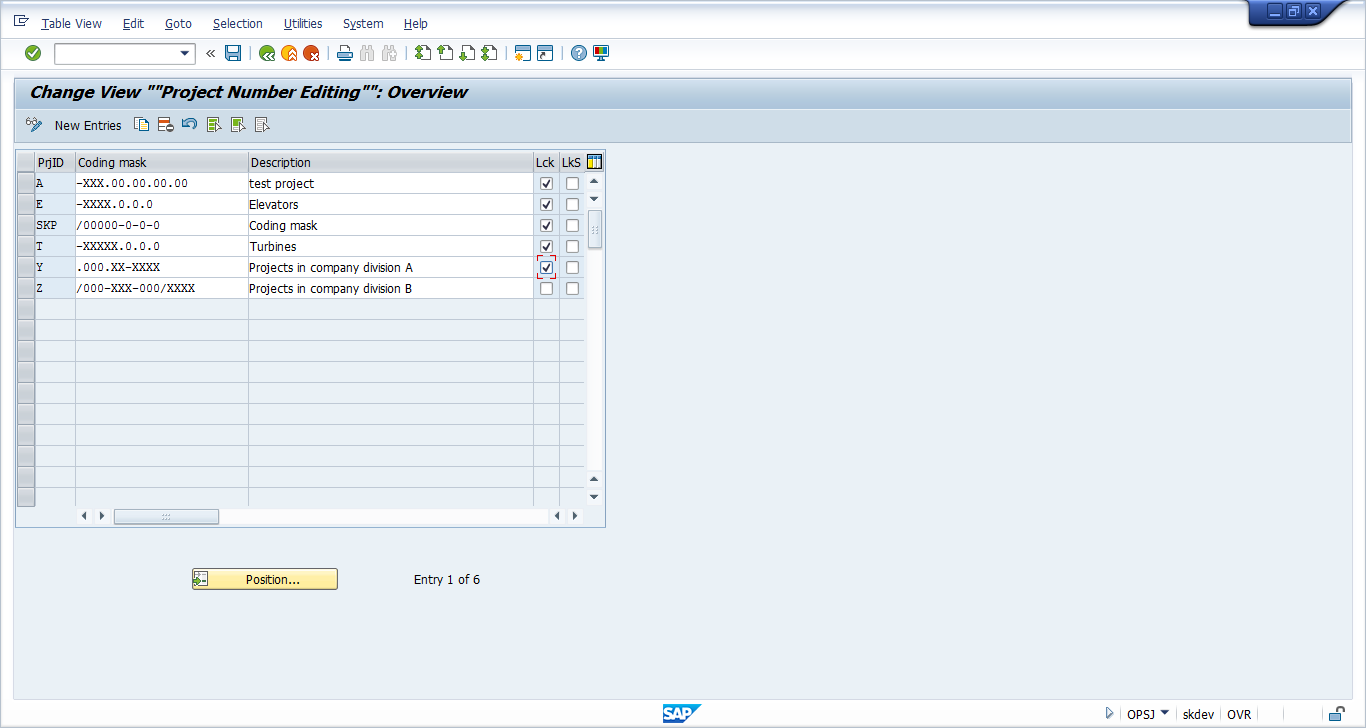 2. As I explain in point B-2, / - > and = are all recognized as separators by the system. These separators should be present in Define special characters for projects for the system to recognize them. Once that happens, it knows that the coding mask with key TFP has the following separators: / - - -, so it converts our entry to these. The number 1 is present after the 4th separator so it is placed there. If our entry was TFP/->1=, then the result would be TFP/00000-0-1, since it eliminates the last separator =. The appearance of 0's occurs only for numeric coding masks. For the alphanumeric mask TFP/XXXXX-0-0-0, TFP/->=1 would become TFP/     -0-0-1 (5 blank spaces).

You're right Nathan! I hadn't checked the coding mask in that way while preparing the document, so I was under the impression that once a character is used as the first character to create a mask then you cannot use it again as the first character for another mask. But this applies only to masks using a single character as the coding key. Hence, as you said the range gets limited. This limit is 26 only because using characters other than alphabets doesn't look professional. But if we use at least two characters right from the start, then we get 26^2 possibilities. I will correct my document for point no. A-4-c. Thank you for this valuable input.

What is the significance of Extreme left box before PL filed?