Your car has gone digital but is your enterprise still analogue?

My 15-year old Volvo is an analogue car with some digital trappings. The Tesla is a true Digital Platform. Which best describes your Enterprise?

Cold mornings returned with a vengeance here in England this week.

When I was much younger, cars would cough on a cold morning with a Wah-wah-wah as the cold starter motor tri 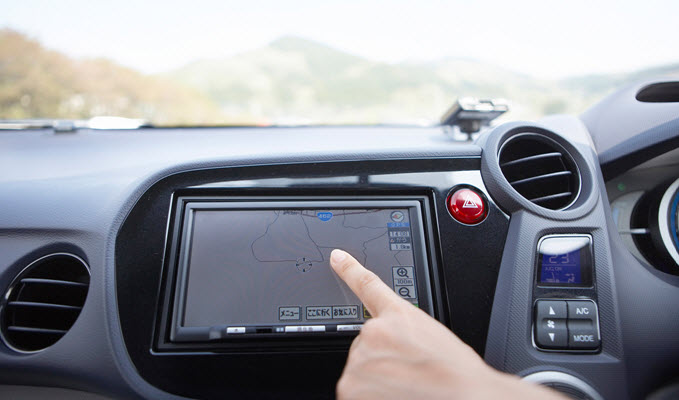 ed to get enough torque to get the heavy cam shaft to start rotating (I’m a bit hazy on the details, frankly). On a cold morning a weak battery would make increasing feeble attempts: sometimes you were lucky, and sometimes you took the bus. With the advent of Electronic Ignition, there is a straight yes-no. If there isn’t even charge in the battery: click is all you get from the ignition. No coaxing, no totemic rocking, no earnest pleadings, no “let me try, you’re flooding it” from a helpful spouse. Just a straight Yes-no. Click.

It’s just one of the ways that your car has gone digital.

Over the last decade or so an increasing number of a car’s components are now digital: you have a digital radio (no hissing as it fades out), the climate control is controlled by a digital thermostat, the clock is digital, the odometer doesn’t have little cogs in it, your air-bags work from a micro-controller, you have parking sensors, a GPS: and that’s before you look under the bonnet. To be honest, I don’t understand anything in there any more. My knowledge of what’s “under the hood” remains fossilised in the era of points, distributor caps and carburettors.

The computer becomes the car

My 15 year-old Volvo, is just a car with computers on it. The Tesla is really a case of the car becoming a computer, or if you like, the computer becoming a car. Take a look at the their monthly release note where they announce a new capability “Automatic Emergency Breaking”. Remember, this is a new capability added to a car you already own.

The car has become a digital platform, muscling out its analogue predecessors. It is speaking digital to its suppliers, its customers and increasingly to other cars on the road. How about your company? Is it like my Volvo: an analogue platform with digital components here and there? Or like the Tesla: with a digital core, speaking digital to your suppliers and your customers?

The power of Digital: Core plus Connections

A Digital Core means that you have transformed you whole company on to a modern, digital platform: and the only game in town is S4/HANA from SAP. In addition you need to make sure that you are Connected. The power of the digital car derives not just from its innovative power-train, and other electronic wizardry within the vehicle but with the connections it makes beyond its own chassis. Connections are made via the SAP Business Network which allows high fidelity digital communication with your customers, your suppliers and your employees.

The automobile industry is being transformed before our eyes: the internal combustion engine, human driving, even car ownership may not be something my children experience. The Enterprise software business is also changing: out goes the relational database, the data warehouse even the month-end close. If your customers and suppliers only speak digitally: how will you interact with them if you are still running analogue with PDFs or Excel embedded in Emails?

Don’t be the last analogue driver in a digital world.

SAP has some interesting innovations for the Connected Car. Learn more about going Digital and the SAP Business Network.