A Day of Team-Building, Community Service, and Surprises

“What did you sacrifice to be here today?”, asked Lain Hensley of Odyssey Teams to our group of around 150 SAP Academy Associates in Palo Alto. The gym, going out to dinner, and preparing for our Friday demos were some answers from the group. It wasn’t until later that we learned this sacrifice was actually an investment.

Our big project for the day came with vague instructions. We grouped into 40 teams to build a prototype for a customer present. Without knowing exactly what we were building or who we would be presenting to, we collected our respective boxes numbered 1 through 40. Once we started to remove components from the box we realized that we would be assembling bikes. During the build, my team discovered that we didn’t have all the tools for the job. This forced us to approach other teams, check their progress, and swap tools and advice on certain assemblies. In those moments, 40 individual teams were converted into a single network of partners. 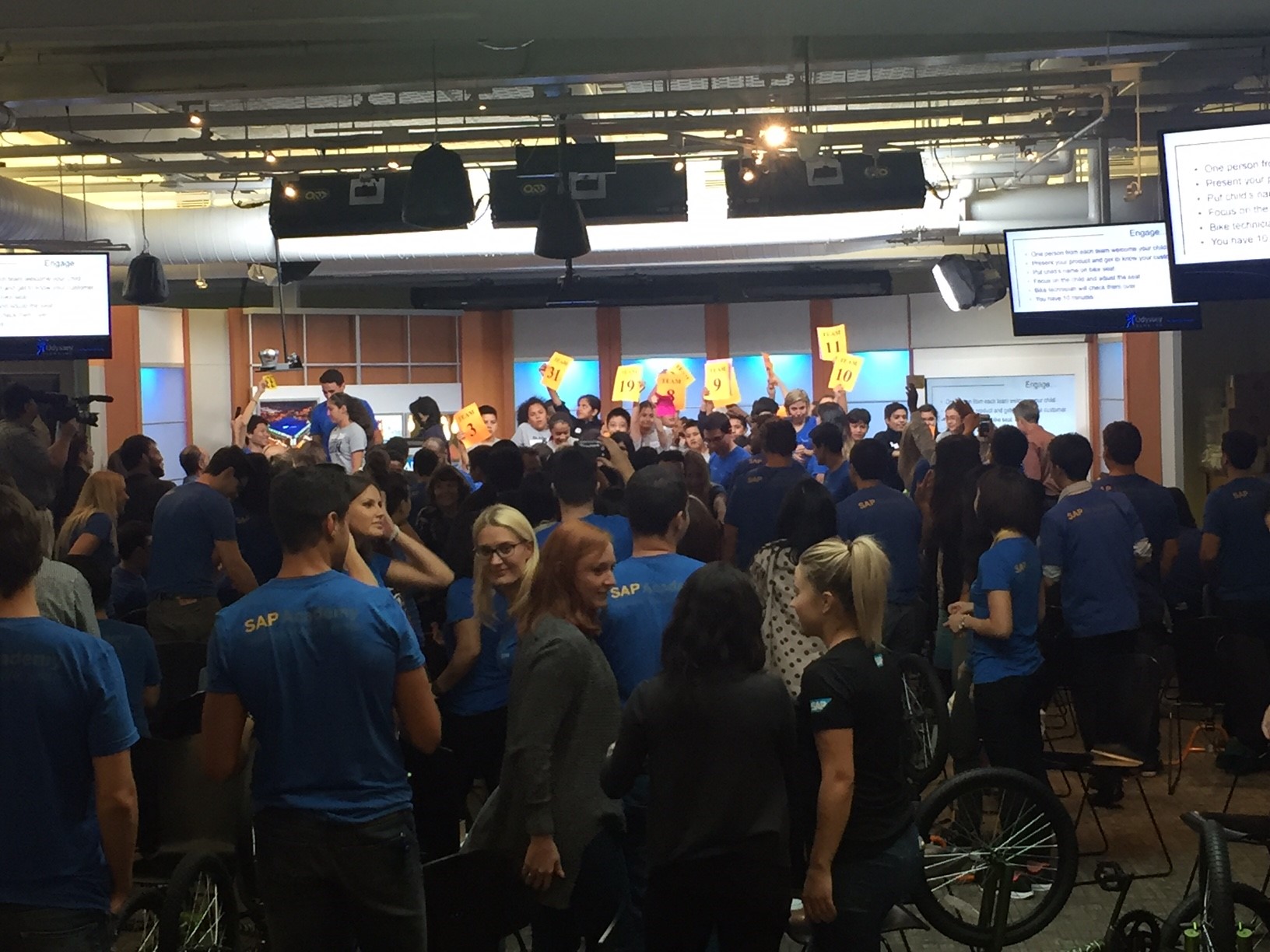 Once all the bikes were assembled, Lain regrouped the audience. He asked if we were ready to present to our customers. Still a bit frazzled from the builds, we collected ourselves and prepared for the reveal. He then welcomed our customers into the room. A row of students from St. Elizabeth Seton School walked into the room. The students, ranging from kindergarten to eighth grade, came from low-income families in East Palo Alto. There was no end to their excitement when they found out that the new bikes were for them.


Looking around the room, I was brought back to when I got my first bike. At that age, it isn’t about the bells and whistles. It’s about the ultimate source of freedom. I am glad that we worked through our complex task to give them that gift. 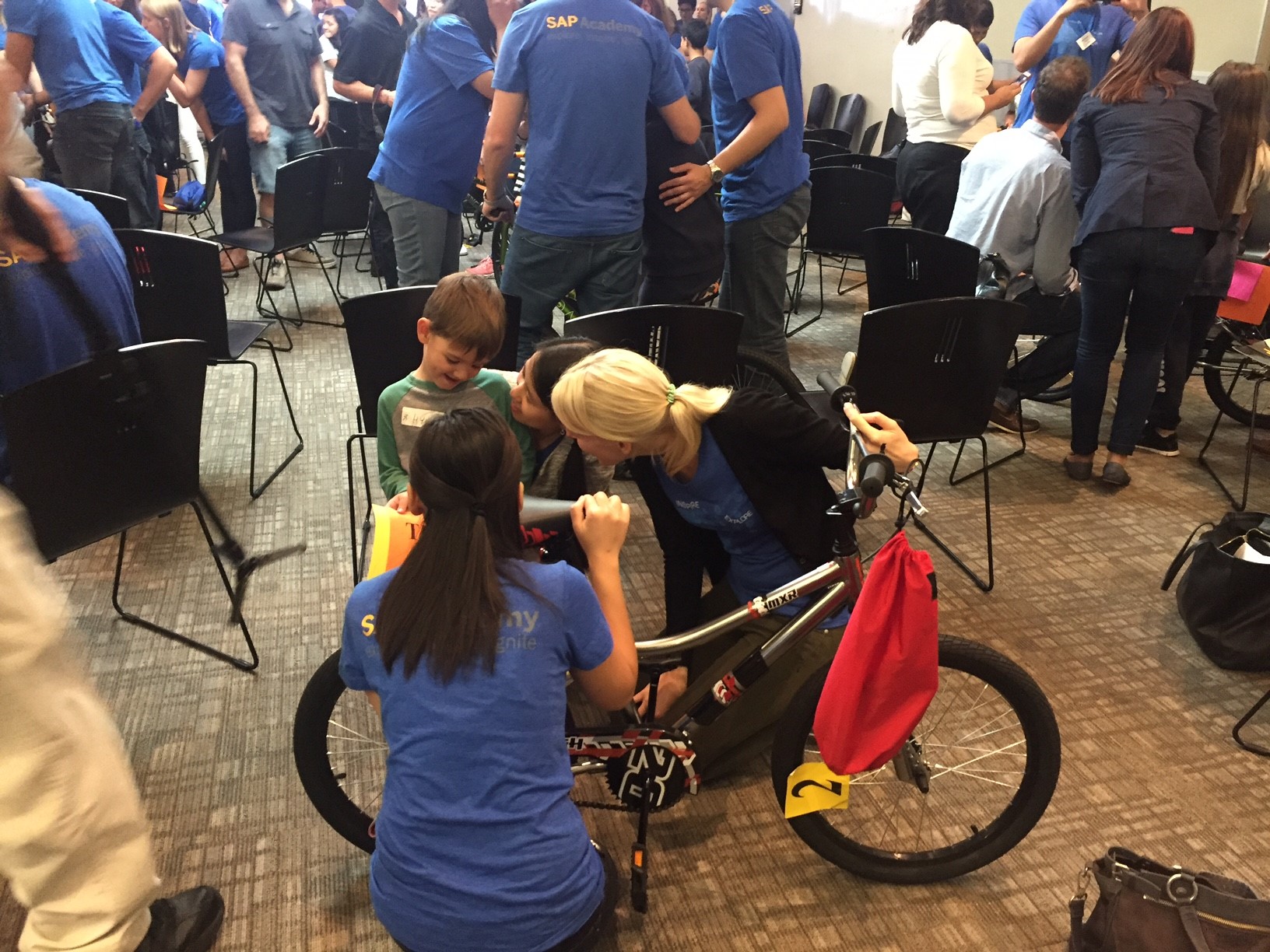 Once the room settled and the students left with their new bikes, Lain asked his question again, “What did you sacrifice to be here today?” Before we could answer his question, another question appeared in a keynote, “What was your ROI?” This was the moment that we realized our sacrifices. Our time that day was an investment that provided deserving students with something they would never forget.

As the event wrapped up, we were all asked to write a reflection on the day. I wrote down the simple message that I received that day: “Regardless of the complexities or frustrations that come out of the task at hand, always put forth your best work. Your efforts can change someone’s life.”