How to change SAP GUI color by SAP system SID (Base on SAP GUI 7.4)

If you are accessing multiple SAP systems in your office or at workplace and opening them up at the same time,  furthermore they are too many ? How about if you have 20 branches using different system ID (SID) cross over development, test, and production environment ?  Sometimes this multi-system environment drives you to make mistakes which you’d never made under the single system environment .

Identifying them by visual coloring might blow away your confusion . Hope this simple instruction helps your SAP life easier ….

How to setup your GUI colors for current system SID

Open SAP GUI pad and click one of  SAP systems

Go to the monitor icon at the top right corner in the menu bar and a drop down list will be shown, then click option. It will get you below popup window

First, you need to choose Theme “SAP Signature Theme” since the other themes either have some limit or don’t have color setting option

If you want to define your own color, go to Visual Design -> Define Customer Colors ( previous versions (<4.70) of SAP GUI might have different menu)) 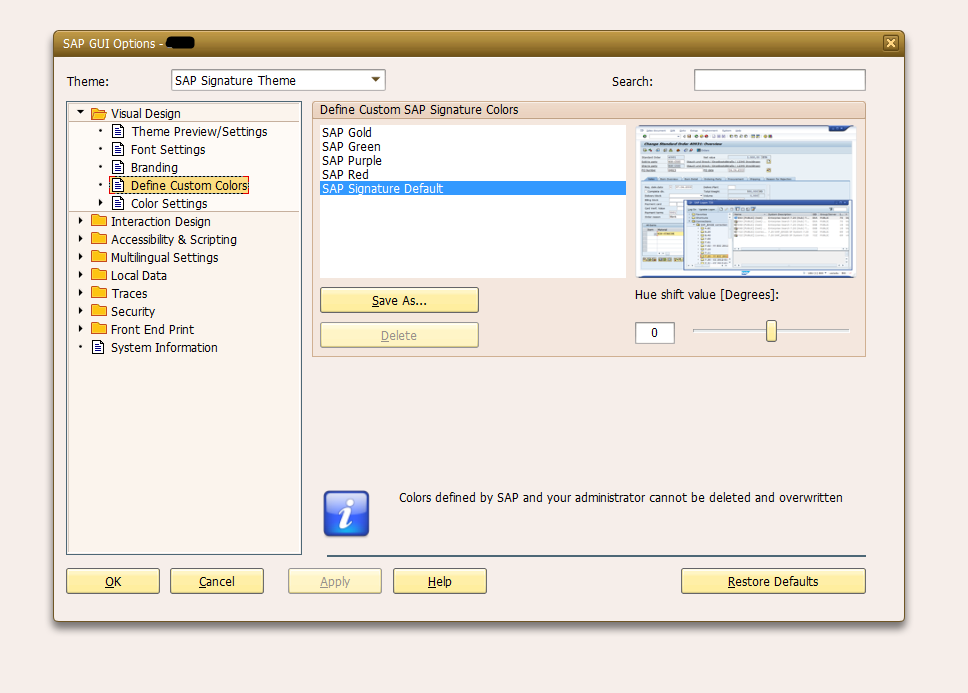 Now create a custom color by adjusting a slide bar in the low right side corner, and click the SAVE AS button and name it 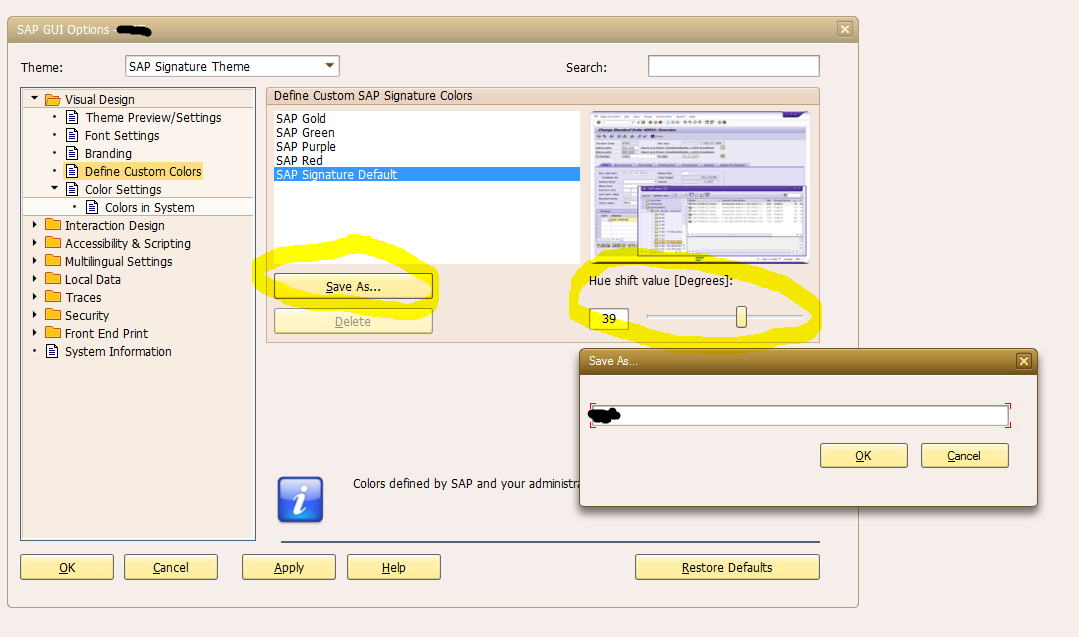 Go to Color Setting -> Colors in System  and select one of setting or the one you created at previous step. The selected color is now set for the current system you are logging on.

Shut down all GUI screens including SAP GUI pad and restart SAP GUI, and log on the system you set up your own color to. 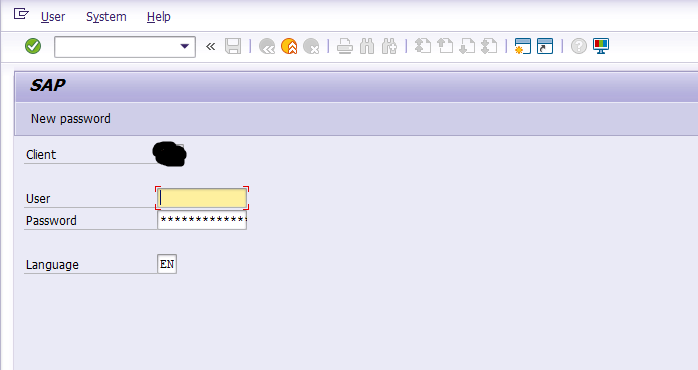 Your color is applied as above, Do the same process if you want to configure different theme color by SID (Different system) 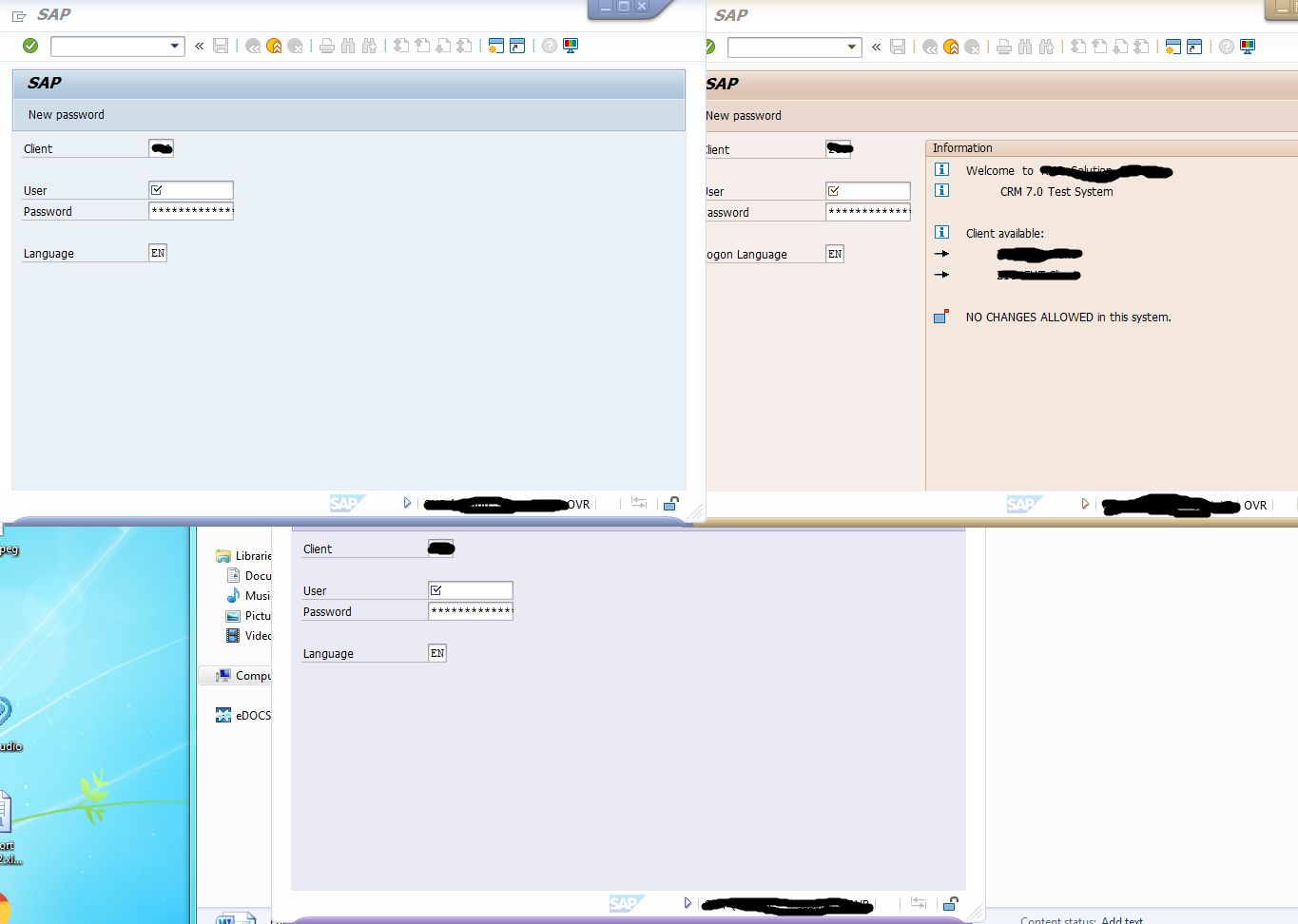 SAP Default color is SAP Signature Color and it’s setup for SAP systems that you didn’t set your own colors to, You can change the SAP default color setting by changing color in the option window

I've got a funny story about this.

In 1997 I was working on my first SAP Implementation in the UK.

One of my areas was making sure SAP could calculate the payments for the truck drivers correctly. This was difficult with a 3.0 system, no shipments or shipment cost documents, they had not yet been invented.

The business lady who actually had to make the payments was new to SAP, as of course was everybody. It was new to the project team as well!

It turned out she had many different bands for her watch, each of a different colour. Every morning she would attach a band to her watch that matched the colour of what she would be wearing that day.

So now she could go one step further - if she was wearing green, not only would she change her watch so the colour was green, but also change the colour of her SAP screen so that matched as well!

That was 18 years ago now, SAP probably let you change the colours in the GUI before that, but that was the first time I had encountered it.

But I still smile when I think about it, to this day.

That's hilarious, actually brilliant ! I should've done the same thing as she did ...

Thanks for sharing such good story