The best received keynote in recent SAP TechEd memory started with moon landing chatter, satellite photos of Mars and wistful science fiction references. SAP’s Björn Goerke spent the entire hour of his witty and entertaining address alone onstage building an app from scratch — and he did so as the character Mark Watney from The Martian.

“I love science fiction,” Goerke said Wednesday morning at SAP TechEd (#SAPtd) in Barcelona. “It teaches us how to apply technology to achieve things that had been considered impossible before … pretty much like SAP addresses the topic of digital transformation.”

This year’s sci-fi adventure The Martian is the tale of Watney (Matt Damon), a lone astronaut trying to survive for years on Mars after a massive storm on the planet’s surface forces his expedition to flee. Watney must cobble together a means to contact Earth and let NASA know he’s still alive.

We Are Not Alone

“Doesn’t it feel sometimes to you like, with all this new stuff going on, they left you isolated back there in your IT department?” said Goerke, head of SAP products and innovation technology. “We’ve seen that in this storm of digitization; you can either sit and wait and expect to be wiped out by your competition — or you can get to work.”

Goerke’s version of Watney got to work onstage by commandeering a remote-controlled rover. He spent the rest of the keynote finding ways to enhance his survivability alone on Mars. He used SAP ERP, S/4HANA, Web IDE and many other solutions to:

And, again, Goerke did this all by himself. On stage. In less than an hour.

“All you need to do is to ‘science the sh*t of it,’” Goerke said, quoting The Martian’s stranded astronaut. Of course, it helps to have powerful technology on your side.

Just as SAP’s Steve Lucas did in his TechEd keynote the previous morning, Goerke extolled the virtues of the HANA Cloud Platform. HCP is an agile IT solution that lets users quickly extend the reach and the scope of core processes via mobile solutions, IoT sensor data, predictive analytics, 3D visualizations and much more.

“I believe that for us, as developers and IT specialists, it’s a great time,” Goerke said. “We’re more relevant than ever — we’re more needed than ever.”

But technologists, engineers and developers must stay up-to-speed on cutting-edge technologies, Goerke continued. That means exceling in their domains, building creative solutions for end users, and — just as science fiction inspires — pushing the boundaries of what others think is possible.

“So I want you to use the remainder of TechEd to educate yourself, collaborate and network with your fellow geeks,” Goerke said in closing. Channeling Neil Armstrong on Apollo 11, Goerke added, “it may be one small step for you, but it could mean a giant leap for your business.”

Incidentally, this is the second time I’ve gotten to pair Goerke and Damon in TechEd blog posts and videos. Click here for the first, and watch below for the second:

Gearing Up for Learning and Fun at SAP TechEd in Barcelona, #SAPtd

Developers — bringing digital home! Let’s code the sh*t out of it! #saptd pic.twitter.com/PQ1D9I2zNm 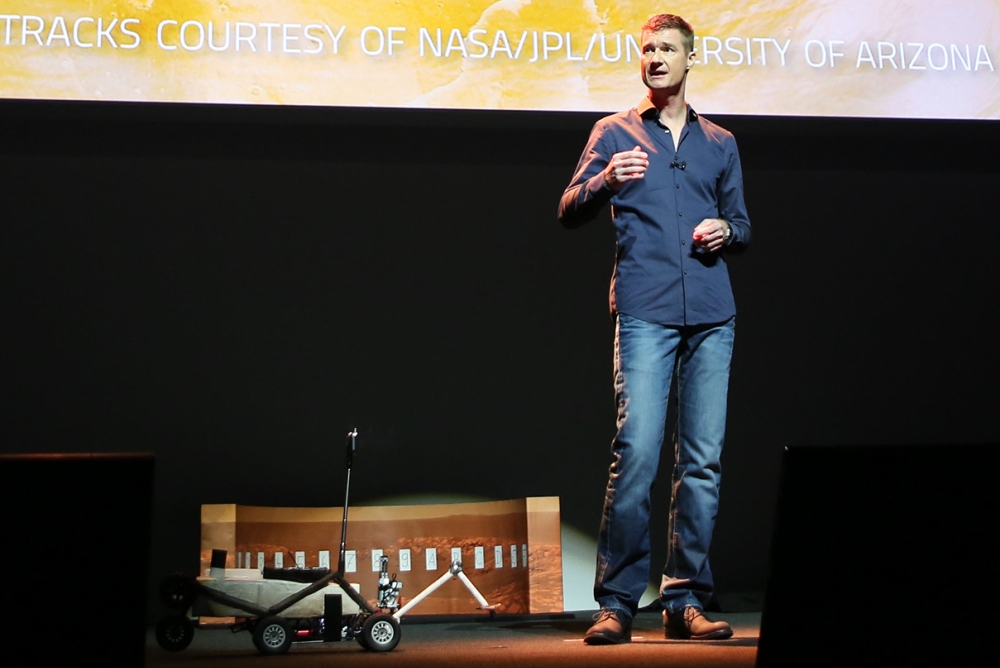 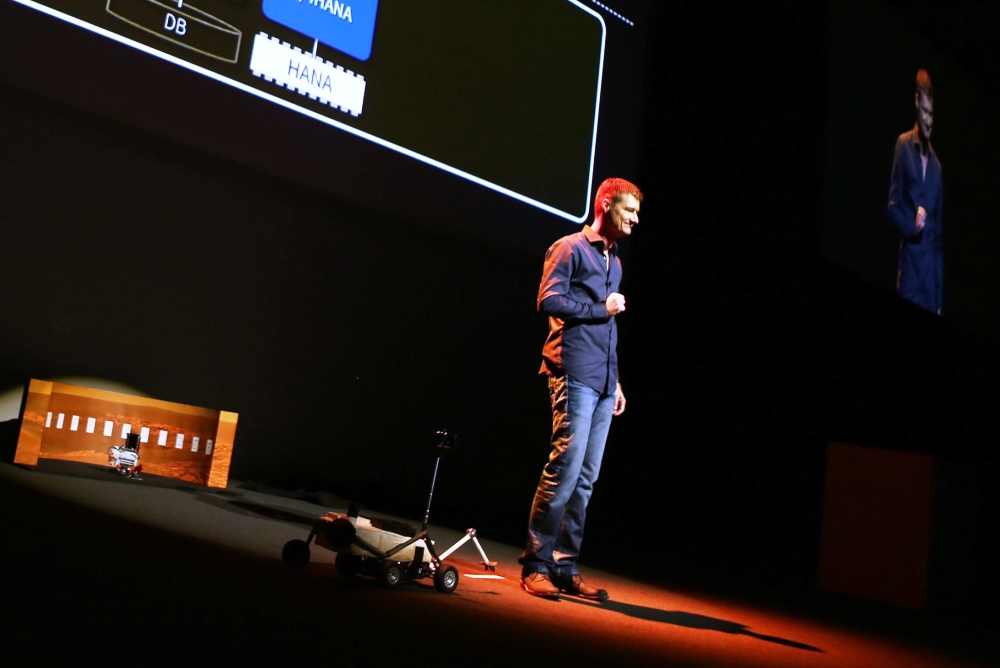 Loved the part of the video when you asked Bjorn why he couldn't have simply Googled or accessed his Gmail. 😆

Thank you, Pamela! Björn is clearly passionate about science fiction and technology, so it was fun to joke around with him about where the two meet.

Agree with Pamela, great re-cap Derek. Very creative approach for a keynote too.

Thank you, Tim! He gambled that even an audience full of technologists, engineers and developers would be able to follow an hour-long demonstration -- done solo. But the clever sci-fi theme, paired with Björn's unbridled enthusiasm, made his keynote an unqualified success!

It was a great keynote to watch via video replay.  I have sat in to many other presentations made by SAP where we would have had 57 minutes of slides and a brief 3 minute demo and even at teched.

That's a good point, Stephen. Another problem I often see at keynotes -- at TechEd and elsewhere -- is when a speaker tries to stretch a little bit of content into a longer allotted time. Scheduling an address for, say, 90 minutes doesn't mean you have to speak for that long.

When you're done, you're done. If there's extra time, respect your audience by giving that time back to them.

Björn used all of his allotted time. And there was no superfluous content.

If I can add this is the type of keynote format that should be done in Las Vegas as the "Monday Night" or first keynote for the week. Most people in 2014 were sticking around for the prize drawing and not the content and it the time went way too long.

Imagine the excitement/benefit people would have where you show a keynote like this and then have a special section in the mobile agenda that lists the relevant sessions to each part that was demoed in the keynote.   Even better would be a "surprise" hands-on challenge(not known before hand) where attendees are given the script from the keynote(afterwards) and can complete the challenge.

Sounds good to me, Stephen!

When you're done, you're done. If there's extra time, respect your audience by giving that time back to them.

Oh man, why do other TechEds always get the good stuff? 🙁

It must be some sort of perverse tech conference karma, Jelena. 😉

We don't get all the good stuff. Nobody has ever won a car at TechEd Europe...

But seriously, I can't imagine how much work went into preparing that keynote. As much as I'd love to see Björn do a keynote like that every year (it was the Best Keynote Ever), in every venue, it would of course have to be a different keynote in each venue (or we'd complain about the recycling). He'd have no time to do anything else!

Are you offering to join Björn's team to help prepare his keynotes, Steve? 😀

Well I wouldn't say no, obviously, although I might be more of a hindrance than a help... 😆