My takeaways from SAP TechEd 2015- Part 2: the rest of the story

In my previous post, I discussed key learnings at the education sessions I was able to attend.  However, the value of attending SAP TechEd is not limited to lectures, hands-on labs, and road map presentations. There is a lot of value in the other activities as well, so here in “the rest of the story”  I will highlight a few other key activities. The schedule at TechEd is so packed that it is impossible to do everything, so, sadly, I missed the Data Genius Viz-aThon led by Tammy Powlas and the evening diversity event led by Karin Tillotson. Ah well,  until human cloning is perfected, it is just not possible to do it all.

As an SAP Mentor I was privileged to be invited to attend private meetings with various SAP executives and product managers, most of which were covered by a non-disclosure agreement, so not much can be said. However, our meeting with product manager and Mentor alumnus Thomas Jung included a discussion of SAP HANA SPS11, which was already publicly announced. It was very interesting to me to hear about the security ramifications of SPS11. At the Mentor meeting with  SAP SVP for Product Support Andreas Heckmann  we discussed further the topics that Andreas and I discussed on his SAP TechEd Live interview, The Next Generation Product Support: Support for the ‘Digital Enterprise.’ If you missed his interview, be sure to watch the recording. 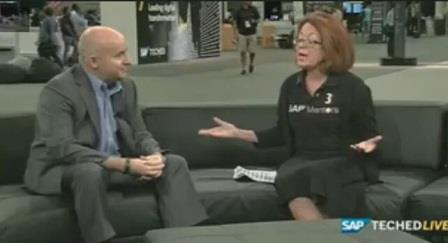 Serving as a discussion leader for Expert Networking sessions is always one of my favorite activities at SAP TechEd; If you were not able to fit some of these into your time at TechEd, you really missed out on some great informal learning.  Security challenges, issues with implementing Access Control 10.x, architecture and process options, and integration with  Identity Management and Central User Administration were among the topics touched on at my sessions. Thanks to everyone who came and participated in the discussions.

Once again the SAP Mentors and friends, led by our own Matt Harding, were pleased to provide musical entertainment at the evening networking event prior to Demo Jam. The busy schedule does not afford us much time for practice; we had two evening rehearsals prior to the performance. and then it was show time. Thank you to Sam Yen for once again sponsoring the band, and thanks to everyone who came and danced, sang along, rocked along, and had a good time enjoying the camaraderie with SAP TechEd colleagues. Members of this year’s multi-national band in Las Vegas were SAP Mentors and alumni, SAP employees, customers, and partners, including:

and myself. If you somehow missed the networking event, see for yourself what a great time you missed, and be sure to plan to attend next time. 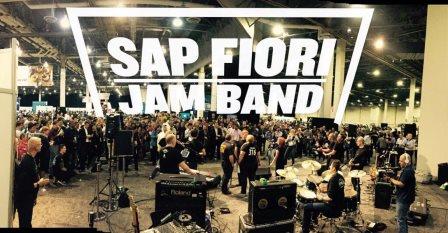 If you skipped Demo Jam thinking that it was the same old, same old, you really missed out. This year’s Demo Jam participants created their health-care related applications in the 32 hours of the InnoJam event just prior to TechEd. Instead of the highly produced demos polished over months of practice, there was real suspense: would the apps really work? Would they be able to demo it in the allotted time? It was both inspiring and entertaining to see these developers demo their new creations. Congratulations to all who participated.

I hope that I have convinced those of you who missed TechEd 2015 in Las Vegas to consider attending next year. Fingers crossed that I see you then!