My first experiences with 3D printing

Thanks to the “d-shop” maker space within SAP Labs Hungary, I’ve had the opportunity lately to experiment with a 3D printer, and here I’d like to share my first experiences about it with you.

I had known that a 3D printer was a sensitive and tricky machine (material stuck inside, having to use adhesive, bail and tweezers etc.), working horribly slowly, needing to be patient not only because of this, but the lots of trial and error involved in the process of printing.

The starting point being like this, it was a positive surprise how quickly I could learn even these tricky parts, and also how to “create” 3D models for the printer. With the tons of free STL models on the internet and the ease of use of the software provided by the printer manufacturer, it was really quick and easy to familiarize and become fairly effective.

However, what I missed very much, was the lack of “intelligence” on the designer software side. It was very easy to download models to the printer that just didn’t work (like the thickness of the object was not enough at some places, the shape not fitting the 3D printing process, or the object not standing stable enough and falling down in the middle of being created). I could imagine enhancing this kind of software with algorithms that would handle these issues much better.

Anyway, this is a cool thing, maybe in 5 years when the prices will be less than a tenth of what they are currently, I’ll have a 3D printer myself as well.

Have any examples of your creations you can share?

Here you can find 3 examples, printed by the team. The first one is a halloween pumpkin (internal light being Arduino-based 🙂 ), the 2nd one shows 2 mini-quadropter parts and the 3rd one is a small robot figure. Sorry for the picture quality. 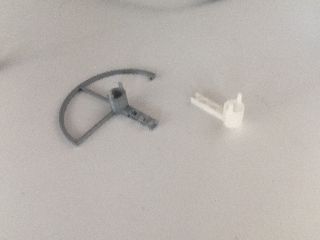 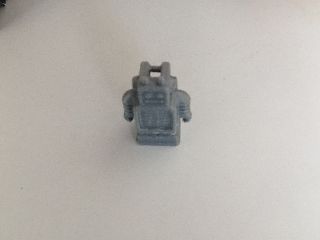