On 10th of November 2015, SAP Security Patch Day saw the release of 9 security notes. Additionally, there are 4 updates to previously released Patch Day Security Notes and 2 out of band releases followed by Spotlight News. 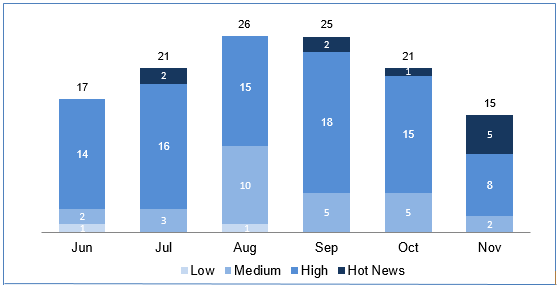 ** Any Patch Day Security Note released after the second Tuesday, will be accounted  for in the following SAP Security Patch Day.