Computers and the Tyranny of the Present

Ever heard of PCs? Mice? The internet?  Well, Alan Kay is the man credited with inventing them. He spoke to a packed house at SAP Labs in Silicon Valley this week about approaching software design in an entirely new way.

Alan Kay has been around Silicon Valley “for decades,” in his words. He conceived of laptops and graphical user interfaces before they were invented, and spent much of his career at XeroxPARC, Apple and Disney’s Imagineering division as a computer science pioneer and futurist. More recently, he has focused on how to use computing to teach children – and others – to understand the world around them more deeply.

One of Kay’s main arguments is that we  live in the “tyranny of the present.” For example, if you think about financial software and trace its evolution you see a direct line from the double entry accounting system used for hundreds of years to punch card mainframe computing and today’s software. When the opportunity to automate came about (the punch card era) people were thinking about  how to automate what they knew, rather than considering what might be possible but wasn’t yet fully understood. 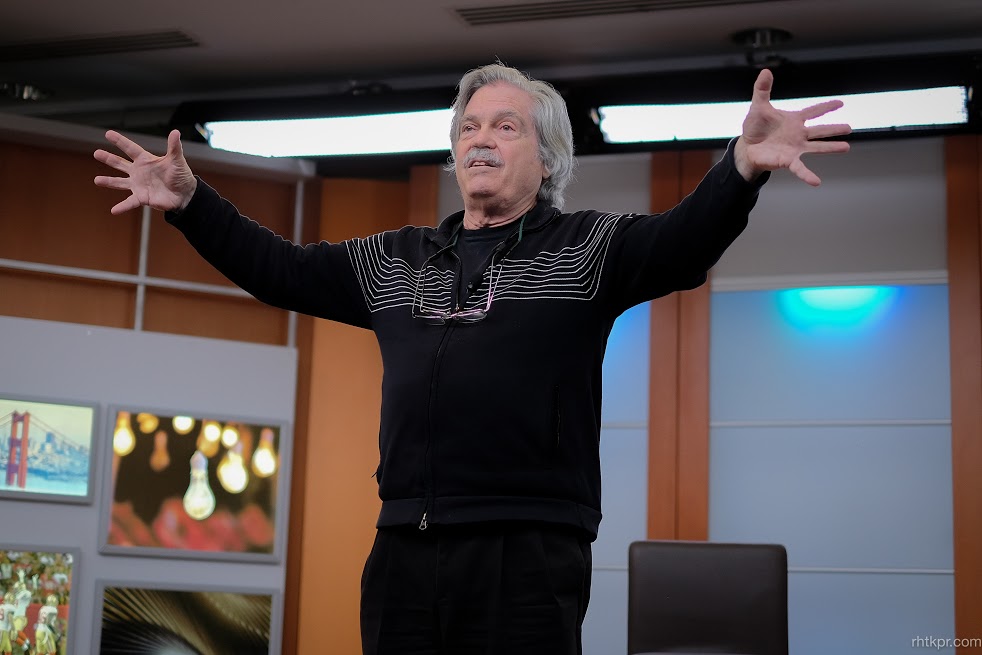 Legendary computer scientist and futurist Alan Kay spoke at SAP in Silicon Valley about how to re-imagine our approach to software design.

Kay brought it down to this level: if you live in a green gully, created by years and years of erosion, then you think the world is green and lush. You need to get out of your canyon, and look around to consider the rest of the world. Even if you only have to rely on your sense of smell to do it.

“In the physical world we have interconnected systems – internet, physical, mental. But we need to shut most of these out. We have our tiny little brains and these brains operate not by thinking but by believing. We have three pounds of bullshit between our ears claiming that it’s reality but it’s not reality. It’s stories,” said Kay.

“So thinking is not remembering or being logical. Thinking is a negotiation between what we can represent in our heads and the stuff that’s out there that we don’t really understand.”

What does this mean for software design? We need design thinking now more than ever. Rather than living in their green gully, designers need to consider inventing from the user experience – an entirely unknown, but knowable world.

Another one of Kay’s other big messages: deal with universally important issues.

In a call to action, Kay urged the audience to consider Big Data as something more then a technology solution but something that provides “Big Meaning.” For example, the value of SAP HANA technology is that it helps create processes and structures that parallel how humans think of things, and allows them to go deeper than they can go alone. In fact, Kay believes that computing and being computer literate means ‘the computer as media’ is an extension of book learning that helps people to explore and understand connections between things more richly.

That link at the end is internal only.

It was recently updated with an external video.