Legends of the Fall

This has been a fantastic edition, fully packed with emotion.

I enjoyed the Brave Blossoms resilience, I was inspired by the fighting spirit of “Los Pumas”, I was delighted by the wonderful moves of the All Blacks “golden generation” and I was sad about the wrecking of “Les Bleus”.

In part 1 and part 2 of these blog series, I used SAP Predictive Analytics to create my predictive model based on historical data and tested some scenarios.

I now apply the predictive model to determine the players that will make it to my hall of fame due to their overall RWC performance. The focus is not really on those new talents that emerged across this particular edition, as my data is summing up the performances across the different editions of the RWC.

I reload the model I had created and saved, then I click on Run and Apply Model. 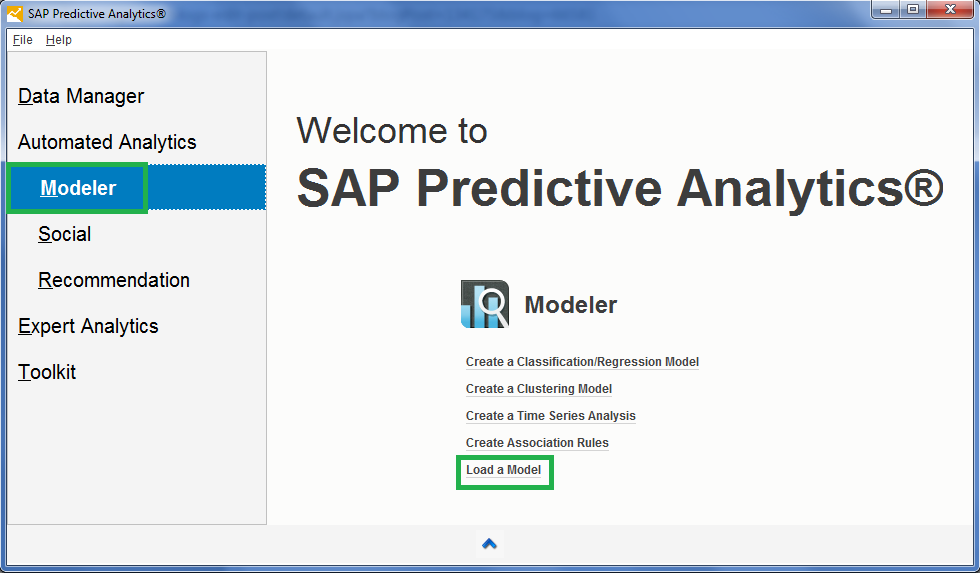 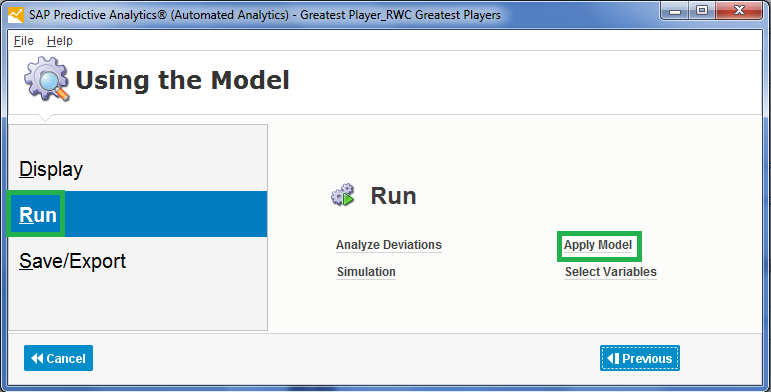 In the Applying a model screen: 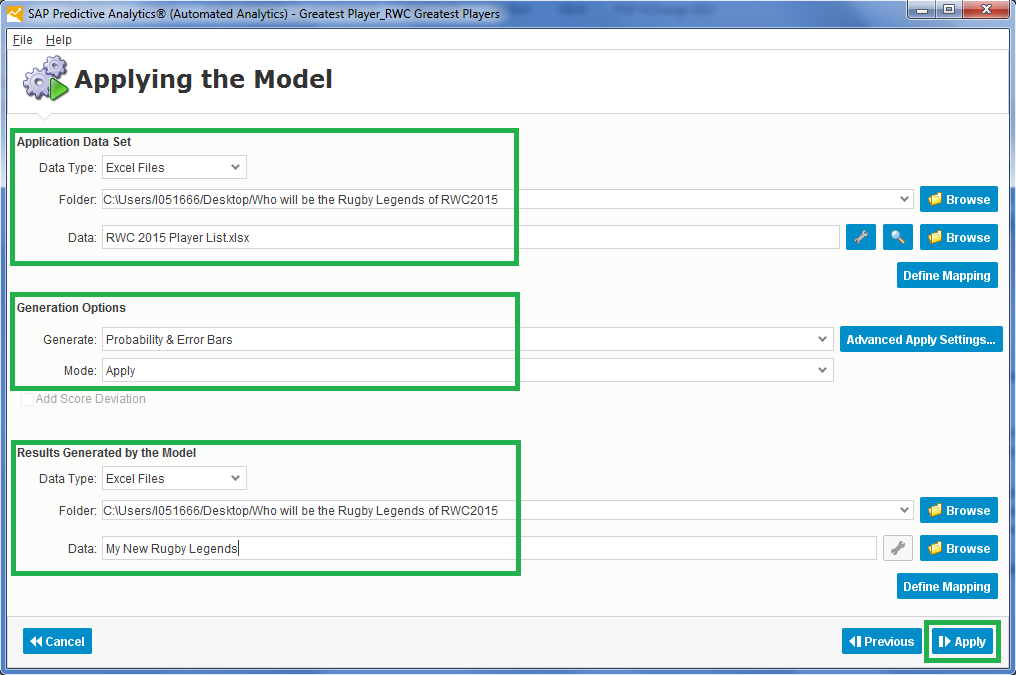 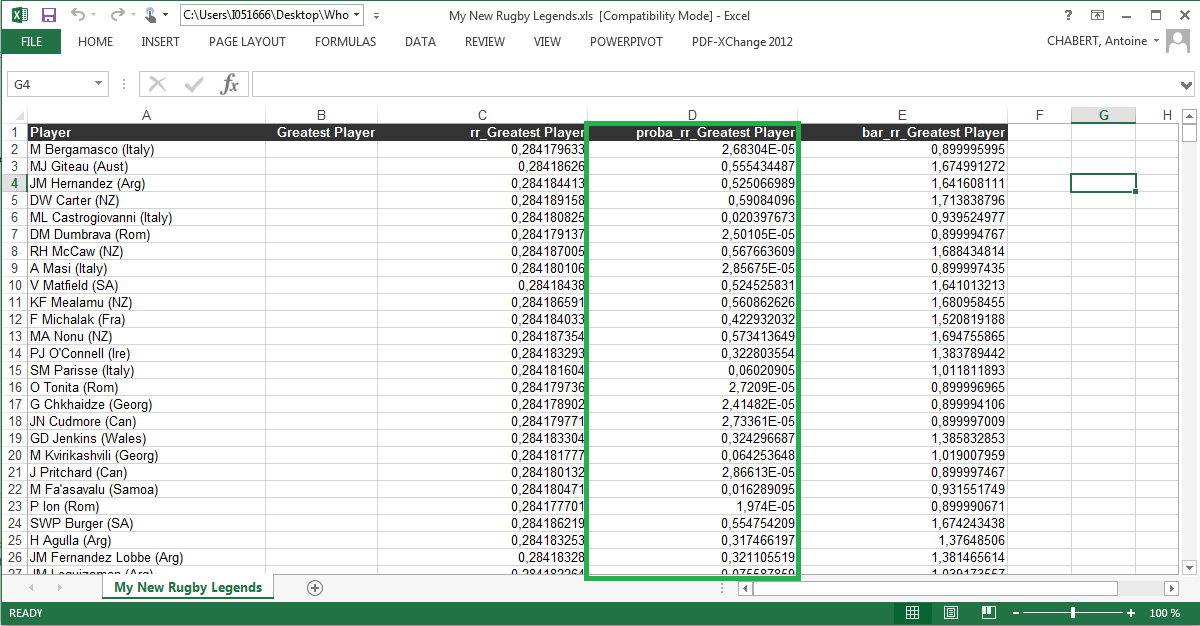 I loaded the Excel file into SAP Lumira, and selected the players with a probability of more than 0,5:

Frederic Michalak is represented in a high position (#26) in the overall list. He is falling a bit short to become one of my legendary players due to a probability equal to 0,42. OK, I’ll give him a bonus because he is a French guy ;-).

Jonathan Sexton or Sergio Parisse are not yet legends for me.

Now I’ll remove the players that I was already considering legends in the RWC history. 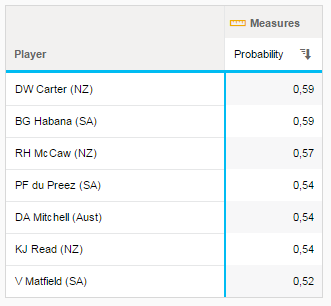 My final shortlist does include 17 players, from 5 different countries. 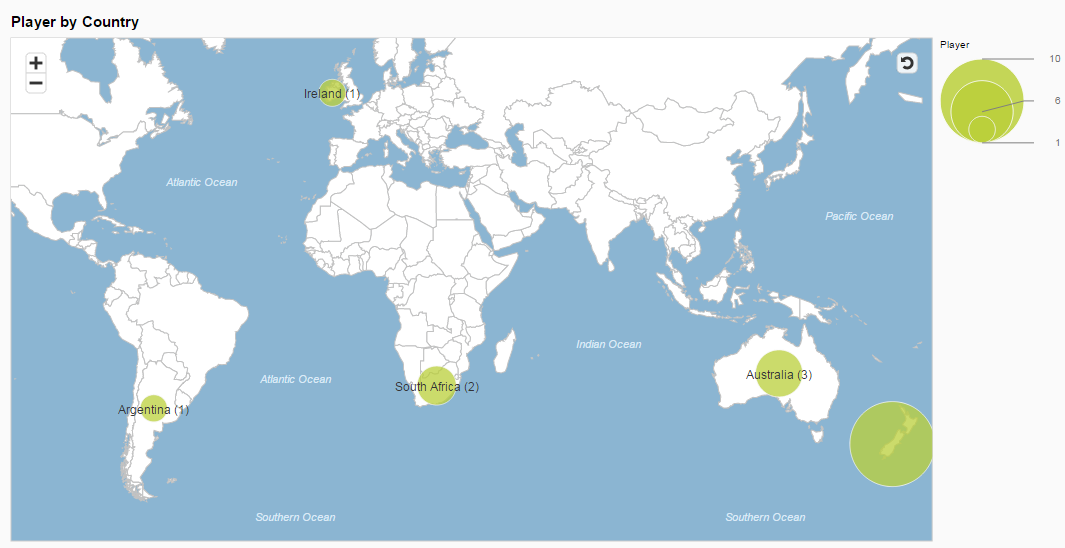 I do agree with most predictions:

As we have seen, it’s very easy to apply a predictive model to generate results on new data samples.

What are your personal RWC legends?