Seeing a POW/MIA (prisoner of war, missing in action) flag  (source: Wikipedia) today I thought I would take a look at the numbers.  Growing up, a classmate’s father was listed as Missing in Action, and after checking the list today, his father is still missing in action.

As far as I could tell, the data (sadly) is only in PDF format, and only by state!  Since I grew up in Kansas, I decided to only focus on Kansas.  Here is the source.

So I copied from the PDF, and then tried to use the “Copy from Clipboard” as a datasource. 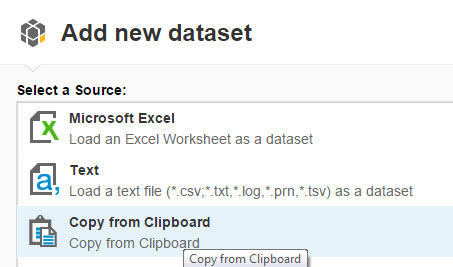 But the data was too mangled to use this feature, so I ended up copying to Excel. 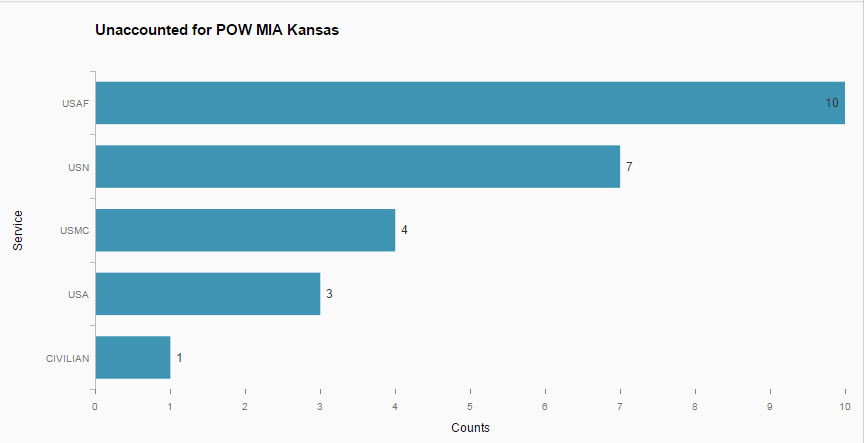 Using what I learned in the Data Celebrity webcast series, I put data labels on the data.  Most of the unaccounted for POW/MIA from Kansas served in the US Air Force; next was the Navy, followed by the Marines and then the Army.  I was a little surprised by this, but reading more about it, it makes sense.

The same information can be shown in a pie chart, but from the Data Celebrity webcasts, we should avoid pie charts; it is easier to review from the other charts 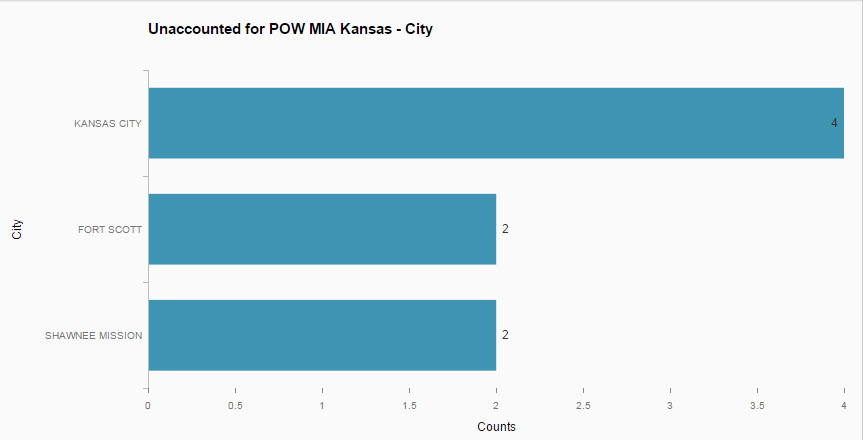 Above shows the cities where the MIA/POW US servicemen were from – the top 3 cities are Kansas City (my hometown), Kansas, Fort Scott, and Shawnee Mission (another hometown). 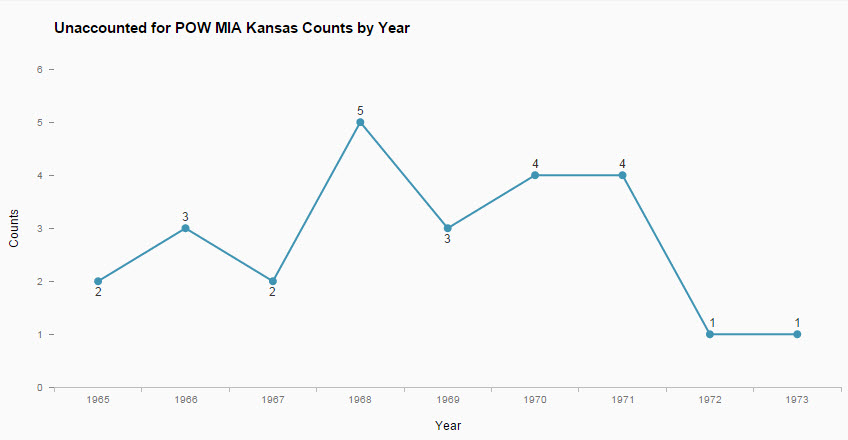 The data shows “date of incident”; I created a date hierarchy by year.  Following the data celebrity webcast, time is on the X-axis of the graph. 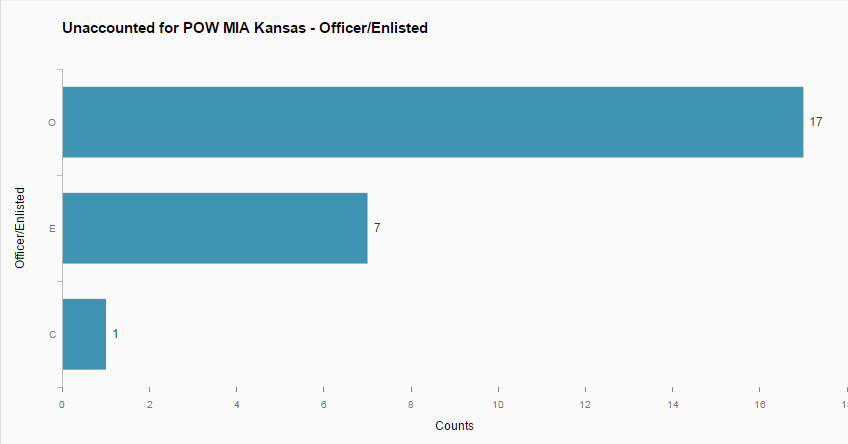 The data had military rank. E is for Enlisted, O is for Officer, and C is for Civilian.  I was surprised that the analysis showed so many more officers than enlisted were POW/MIA. 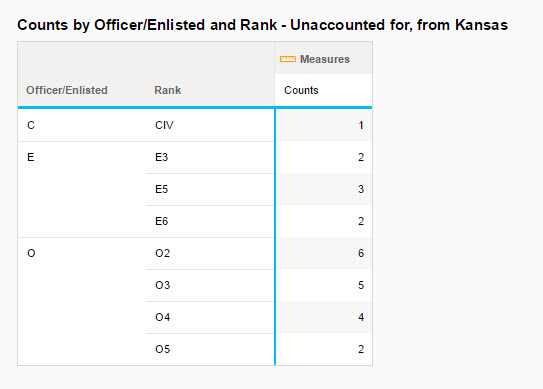 I used the table function to show the ranks of the missing/prisoner of war.   I’m not surprised by the number of First Lieutenants, but the number of Majors/Captains was a surprise. 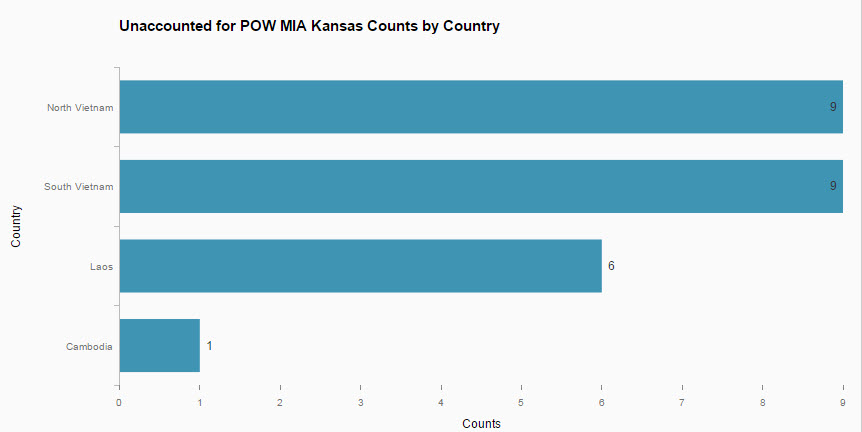 The data has a “Country of Casualty” column, shown above.  In Lumira Desktop, Cambodia is not recognized as a country.  Last week on an APOS webcast SAP said they are updating their ESRI partnership so I hope we see some future improvements with the mapping solution.