Coding is becoming an increasingly valuable skill in the modern world and the EU Code Week (10/10/2015 – 18/10/2015) is an initiative specifically prompted to prove its usefulness and spread digital litiracy among the new generations.

It is always exciting when young minds discover the advantages of coding for the first time in our events! Two weeks ago we had the pleasure to guide children as young as 8 years old through this new, exciting world. 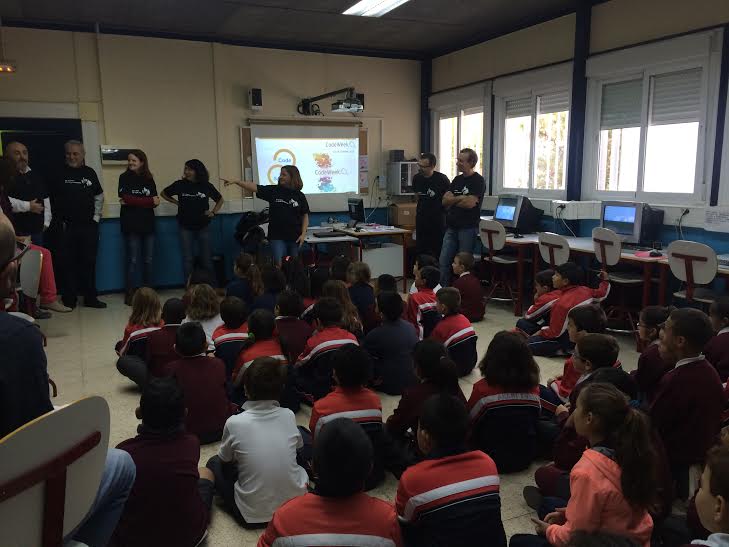 The children learned basic programming concepts which they later on put into practice with Scratch.

“The children were very enthusiastic and had a lot of fun. It was a very enriching experience to me as an instructor.” comments Bernardo Navarro, one of SAP’s instructors during the event in Madrid.

“They were fascinated!” CEIP Ntra Sra de Fuencisla writes on their blog, “They were very glad to tell their parents about the experience.”

“The students had a very positive, helpful and gratifying adventure. You could tell they were very interested in the activity and also learned a lot from it.” adds the dean of CEIP Ntra Sra de la Fuencisla enthusiastically.

“It was truly incredible. The ten year old students spent hours completely immersed into the activity without losing interest or concentration. Many of them didn’t even get up when we announced the end of the session and continued creating. It’s impressive how giving them a bit of freedom of action fuelled their imagination.” says Noélia Soleres, SAP’s instructor in Barcelona.

And here we have the participants’ votes from the Barcelona session! I see a lot of smiley faces. There’s nothing more important than having fun while learning, is there? We are very happy to hear that the students enjoyed their time with us and hopefully, it would inspire them to pursue coding further in the future.