I started road cycling in 2013 when a friend challenged me to ride the Cinderella Classics, a 65 mile ride for women. The training for that ride tested my endurance, but also led to an amazing discovery. The moment I get on the bike, the weight of all my daily stresses is lifted and a sense of freedom falls over me. Once the bike, all that matters is to ride and have fun!

When the opportunity  arose to join the SAP Cycling Club  for the Tour de Cure Silicon Valley, I quickly registered.  On day of the event, I was nervous as I was the only rider from Dublin office, and I didn’t know anyone on the team. As I peddled away, I heard supporters cheer  “Go SAP!” and the nervousness was replaced by the awesome feeling of being part of a team. 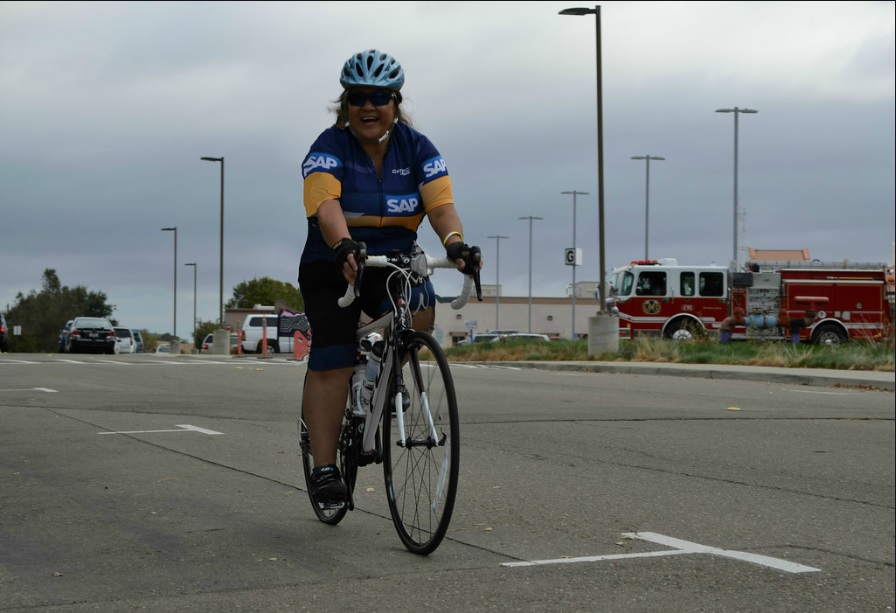 From then on, I participated in all events by the Cycling Club, and am now also part of the club’s committee where I represent the Dublin office. I’ve since helped promote many of our rides, from Team Bike Challenge to Tour de Cure, and took the lead in preparing for the Cycling for Veterans ride.

The Cycling 4 Veterans committee is a fabulous group of colleagues who volunteered many hours of work to make the event successful.  We spent several evenings planning the design and launch of the C4V website, designing the C4V Cycling Kits, printing promotional materials, and seeking out donations from local businesses. 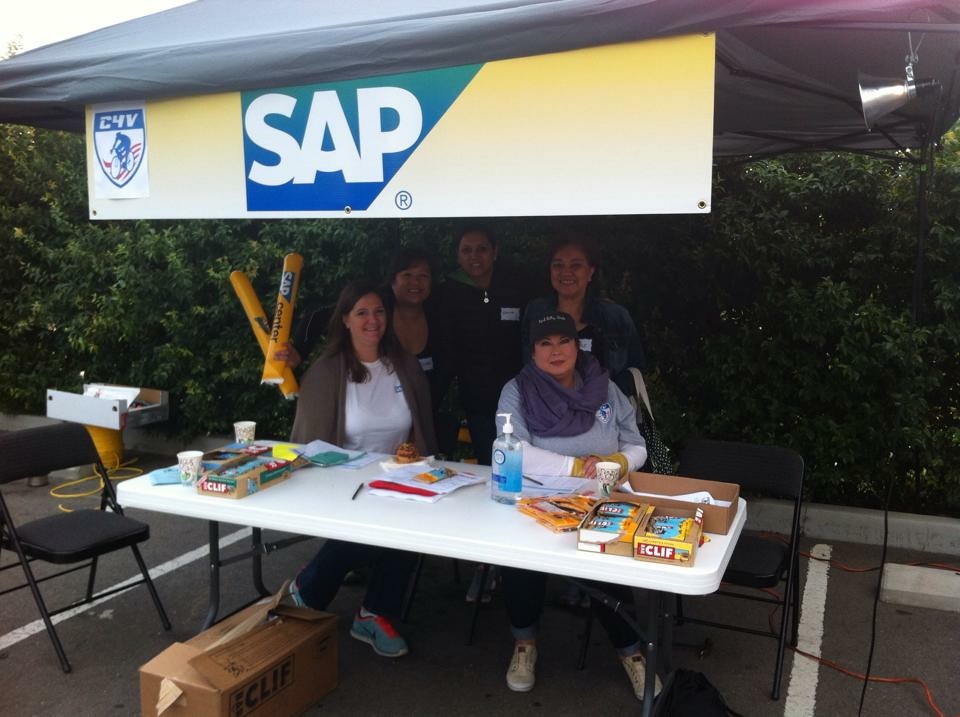 On the day of the event, I volunteered for the early morning shift. I jumped off my seat with excitement and remembered shouting “Woohoo!” when the first SAP cyclist arrived. Our contingent was soon ready to go, proudly wearing team SAP jerseys. The 115 and 55 mile riders were the first to start and I captured videos of them as they rolled out escorted by the Warriors Watch Riders. 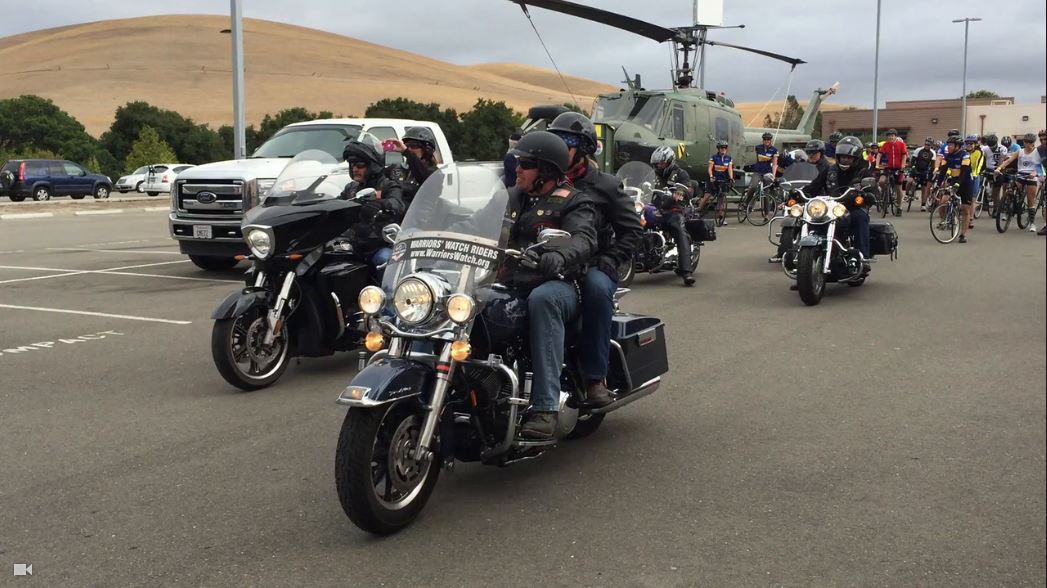 My team of 30-mile riders followed and as we were stood at the start line, I realized we too needed someone to capture our shining moment on video. I quickly hopped off my bike and ran to the front with my handy iPhone video camera ready.  “Have a good ride!” As the cyclists went off, I realized I would be the last one to hit the road. Getting back on my bike, I sped off on my 30-mile challenge. 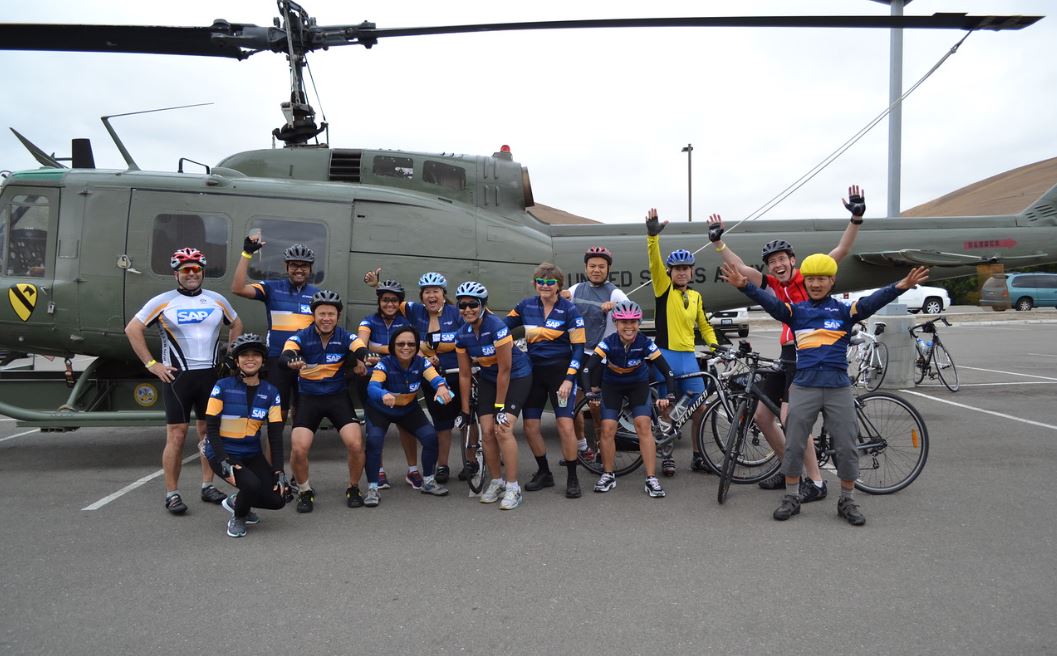 It was a wonderful day. I finally  got to meet riders with whom I had only corresponded via email. I made new friends. I lost my voice the next day from all the cheering, but it had been worth it. I am thankful for the opportunity to be part of this endeavor to support veterans and a great team that brought the project to fruition. I look forward to supporting Cycling for Veterans again. In the meantime, there are new challenges already in the making with team SAPsv!

Thanks for all that you did to make this such a successful event Diane! It was so wonderful to volunteer with you and cheer on Team SAP!!! Congratulations again on a great ride!