SAP Waterloo and the superheroes of GirlSmarts4Tech 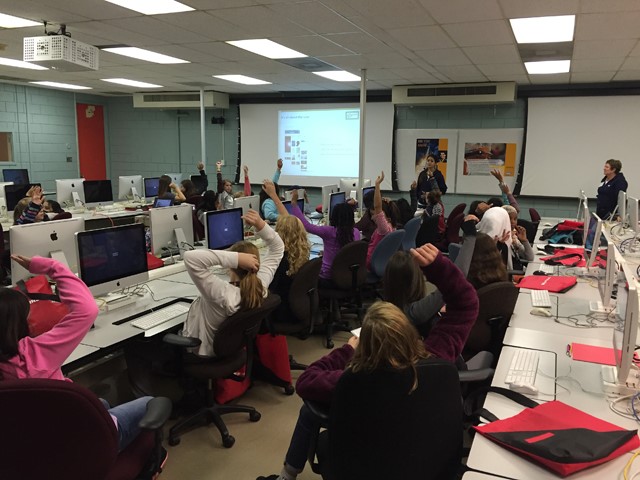 I picked Maricia up from her parents’ house in the morning so she could attend GirlSmarts4Tech.  She’s 12 years old and very bright.  Half-way through the day together, she noticed I was sitting at the registration desk, as I had since we arrived this morning.

“Is this what you’ve been doing all day?” she asks me flipping her ponytail back.

“This.” I say, gesturing to the registration table around me.

“This is more important than it is boring,” I say grinning. Then she’s off, running to join the other girls to do the music module in the lab.  A few hours later she would rush out, smiling.  That was pretty much our day together.  A whirlwind of activity, smiles and rushing from room to room.

Organized by Debbie Smith, GirlSmarts4Tech began at 9:00am and ended at 4:00pm at the University of Waterloo.  A sea of parents greeted us at the registration desk to sign in the girls, eager and anxious to begin. The parents were whisked away for a tour (or the opportunity to go run an errand alone) and girls’ day began with an ice-breaker question. I soon discovered that the tweens were a sassy bunch, ready with a quick reply to any comments.  During the discussion on ‘would you like to fly or stop time’, I said I would rather stop time than fly due to my fear of heights.  One particularly clever girl corrected me, “You’re probably afraid of falling, if you could fly you wouldn’t be afraid”.  Before I could reply, they were off to another module, later emerging festooned with stickers.

GirlSmarts4Tech showcases modules that demonstrate the exciting opportunities for young girls in the technology sector.  It also allows them the opportunity to, admonishingly, be smart and show off.  This is especially important in fields in Science, Technology, Engineering and Math (STEM) the volume of women is particularly low, suspected largely to be due to a perception that they cannot enter the field.  So why 12 year olds? Because this is when a great deal of girls are undergoing major physiological changes and beginning to frame these perceptions. And if you think perception doesn’t or shouldn’t affect girls, think again:

Every girl was welcome and every girl was made to feel welcome.  A school in Branford invited multiple aboriginal girls to attend the event. They were provided with a special session from the University of Waterloo Aboriginal Students Association telling them about scholarship opportunities and resources they had to join University of Waterloo.  Knowing the low rate of women in technology—never mind the rate of aboriginal women—this kind of invitation is so important in creating inclusive spaces.

Many SAP employees volunteered to help out throughout the day.  The first module introduced the girls to gaming, run by Russ Chamberlain and Joanna Ritchie.  The next allowed the girls to experience building music using technology, facilitated by Tammy Wellstood and Caitlin Pugh.  The girls had lunch and snacks throughout the day, with which volunteers like myself, Bobbilynn Keating, Joanne Lappage, and Claudia Gustav assisted. Madhulika Saxena and Connie Stevens ran a module on user interface design.  Sarah McMullin capped off the day with a talk on the Barcode of Life: an initiative to find out the DNA of many different species. The girls were captivated, even if some had mixed feelings about killing bugs. The mix of men and women wasn’t due to lack of interest. Debbie felt: “It was important (to me anyway) that the volunteers be both men and women equally so that the girls could see that both men and women would support them in learning technology.”

Within SAP, we have adopted practices to ensure that women are considered for open positions. Several initiatives support women’s advancement, including an innovative 18-month program focused on sponsorships, self-awareness, and skills such as personal branding and networking. Creating long-term change also requires acting beyond SAP.  This is why we support a wide array of programs to encourage and help young women pursue technology education and careers—like Girlsmarts4tech.

Girls still have a hard time finding superheroes to look up to. Our blockbusters productions have still not produced a female super-hero movie (yes, I know Ms. Marvel is coming) with a female lead. Yet this weekend, I think the girls managed get a glimpse at Wonder Woman.  She isn’t too far away. 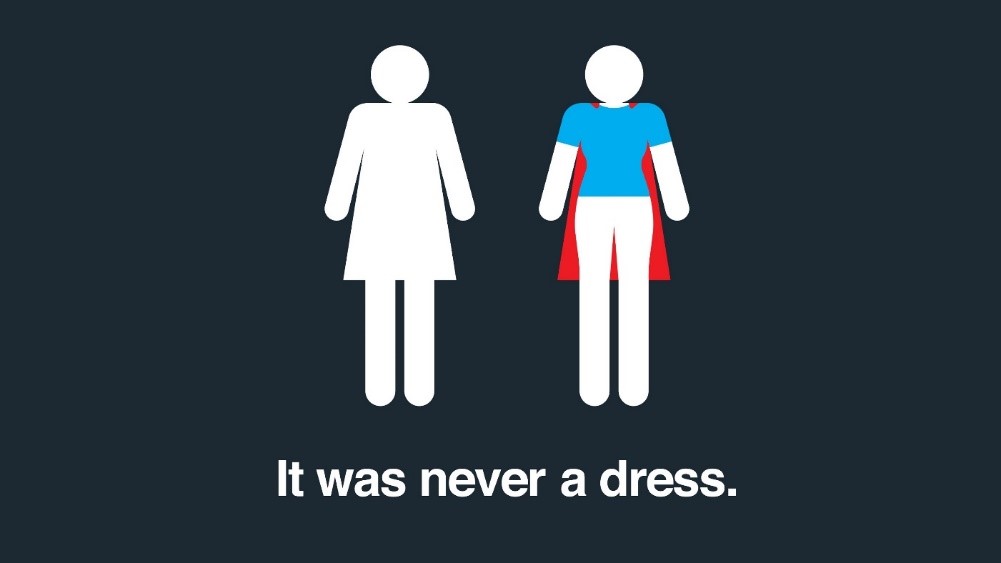