An amazing Month of Service with SAP CSR in India

SAP University Alliances had the unique opportunity to work closely with SAP CSR India in the tremendous effort put in during the #SAPmonthofservice. Please find below a summary on the amazing Month of Service in India where SAP University Alliances worked ever so closely with SAP CSR. These were around 15 activities that UA supported SAP CSR India out of a total of 94 activities that SAP CSR team were able to achieve in the month of October!

This year the Month of Service activities in India were anchored on 3 major circles  – Innovate, Educate and Donate.

The DT workshops were aimed at students from grades 5, 6, 7. These workshops were useful to impart team building skills, team dynamics, social skills that will definitely turn these young kinds into thinkers and prepare them for their lives ahead. The sessions focused on introducing the kids to the world of design thinking by making them undergo tasks that nurture creativity and team work and at the same time introduced them to the key principles of design thinking. The two key activities were: “Marshmallow Challenge” and “Design your Backpack” challenge. Along with these, there were a few interactional and team building activities. The entire session was facilitated via a PPT that also ensured the students remember the key design thinking takeaways imparted to them via visual clues. 36 colleagues came together to plan and execute these workshops.

“It was an experience that was enriching and invigorating in multiple ways. The zeal and verve of the students was commendable and so was their eagerness to absorb it all. Be it the readiness with which the formed queues, the rapt attention they paid to us when we spoke or the energy with which they participated in the event; it rubbed off on us and we tried to impart as much holistic knowledge as we could in the short span of interaction we had with the students. What deserves a special mention is the creativity that the students displayed in both the tasks given to them. Their demos left us gleefully surprised and their candid admission to the faults in their designs generated peals of laughter. In the end they left with happy smiles and hopefully a little wiser than before.” 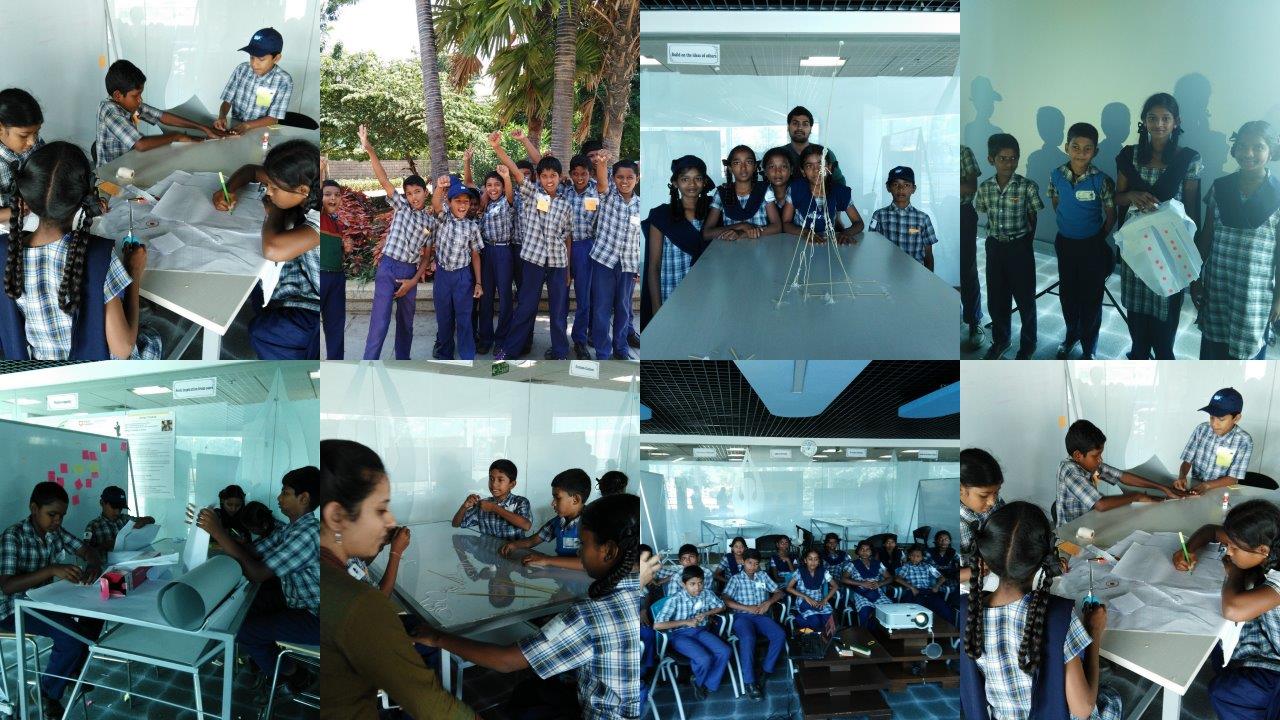 3 Workshops on Internet of Things!

3 Amazing workshops on Internet of Things were executed for over 120 students on 12, 14 and 15 October 2015. These sessions included an overview of “Internet of Things” as a topic followed by a hands-on workshop on “Introduction to Arduino boards”. These students understood how IoT is going to be a major field providing many employment opportunities and an early grip on the subject can open up a plethora of opportunities. This workshop was our way of simplifying IoT to these under-privileged students and to generate interest in them. These were quite a few fun activities such as demos using Google glass, Xbox, Microsoft Surface and many more! More than 30 colleagues came together to plan and execute these workshops. 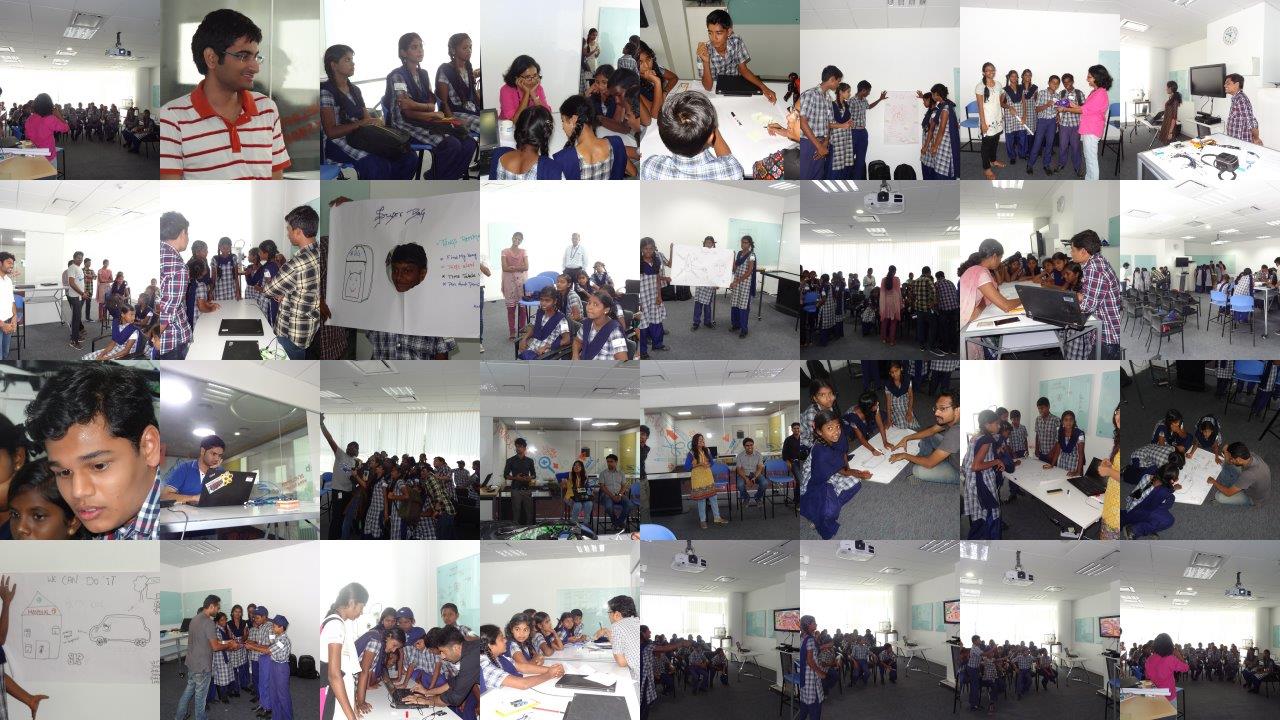 As part of the activities under the Educate circle of the Month of Service, more than 20 SAP Employees came together to plan 6 amazing Hackathons on SAP Lumira for the participants of HOPE Foundation Vocational Training Centers spread across Bangalore. Each of the centers had a minimum of 30 students from underprivileged background supported by the foundation. One can only imagine the number of hours and the massive amount of effort put in by these volunteers to plan and execute these hackathons. The team developed the learning content on Analytics and Business Intelligence making it suitable for the students most of whom had no prior exposure to such technology before. The response/ feedback from the students and faculty of these center’s werevery heart warming. It was amazing to see the vast attention span as well as enthusiasm with which these students were learning from the trainers. Kudos to all the colleagues who came together.

These sessions were planned in such a manner that the first 2 hours were dedicated to concepts in Databases, Analytics, and Business Intelligence. These 2nd part was focused on a hands-on tutorial on SAP Lumira post which the participants were give an IPL (Indian Premiere League) Data Set and were give questions such as “The best Batsman”, “Best Bowler”. Not only were the students able to create beautiful charts they mastered the art of storyboards as well. 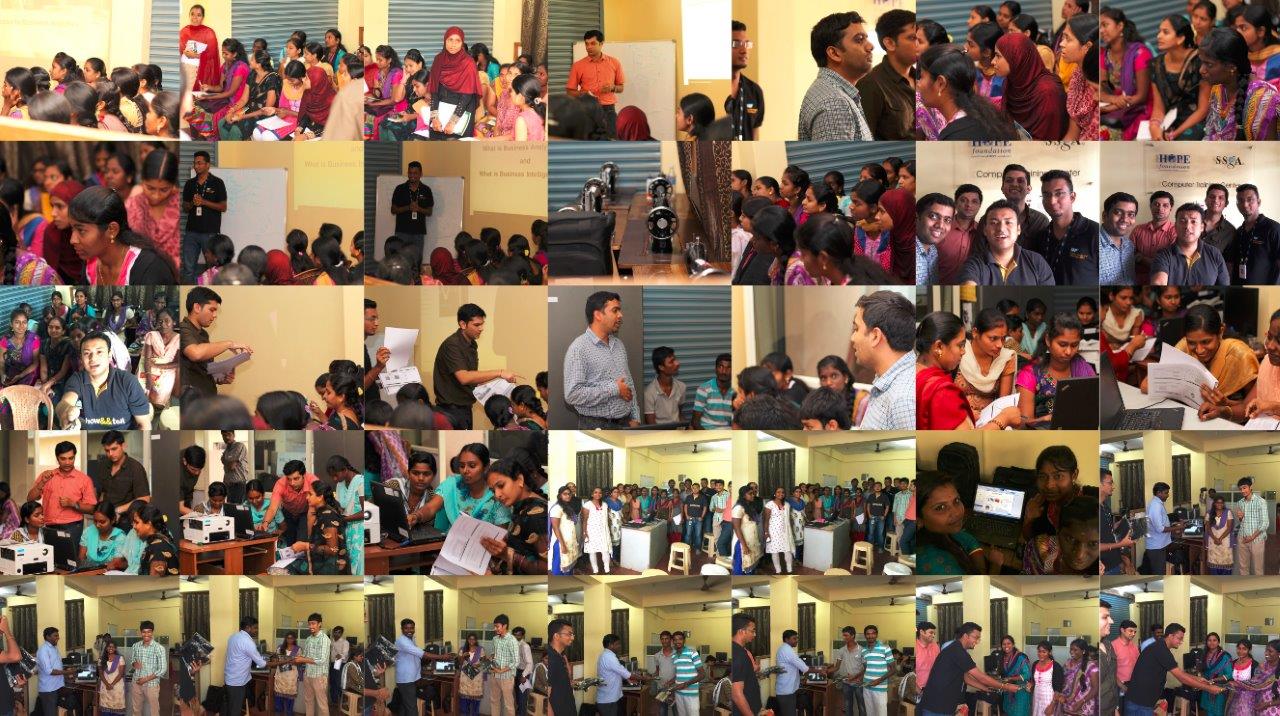 24teams with over 107 participants registered for the Code for Charity hackathon on 29th and 30 October 2015? This was a 24 hr long hackathon and these participants slogged all through the night to tackle 5 challenges shared by HOPE Foundation and Agastya International Foundation. The event was kicked off by a special keynote by Srikanth Gopalakrishnan, Vice President, SAP Labs India. He mentioned how the younger generation has the potential and has been making a much great social impact than what has already been felt in the past. Though minimal effort was required to keep the already charged up participants going, the organizing team ensured avenues such as a TT Table, Foosball Table, Guitar and snacks!

By the end of the coding hours the participants were ready with a working prototype and 10 finalist teams were chosen to demo in the final round. Arjun Venkatraman, Co-Founder of MojoLabs and Hackergram was invited as one of the judges for the final round along with Gunjan Patel, Head of SAP CSR APJ. 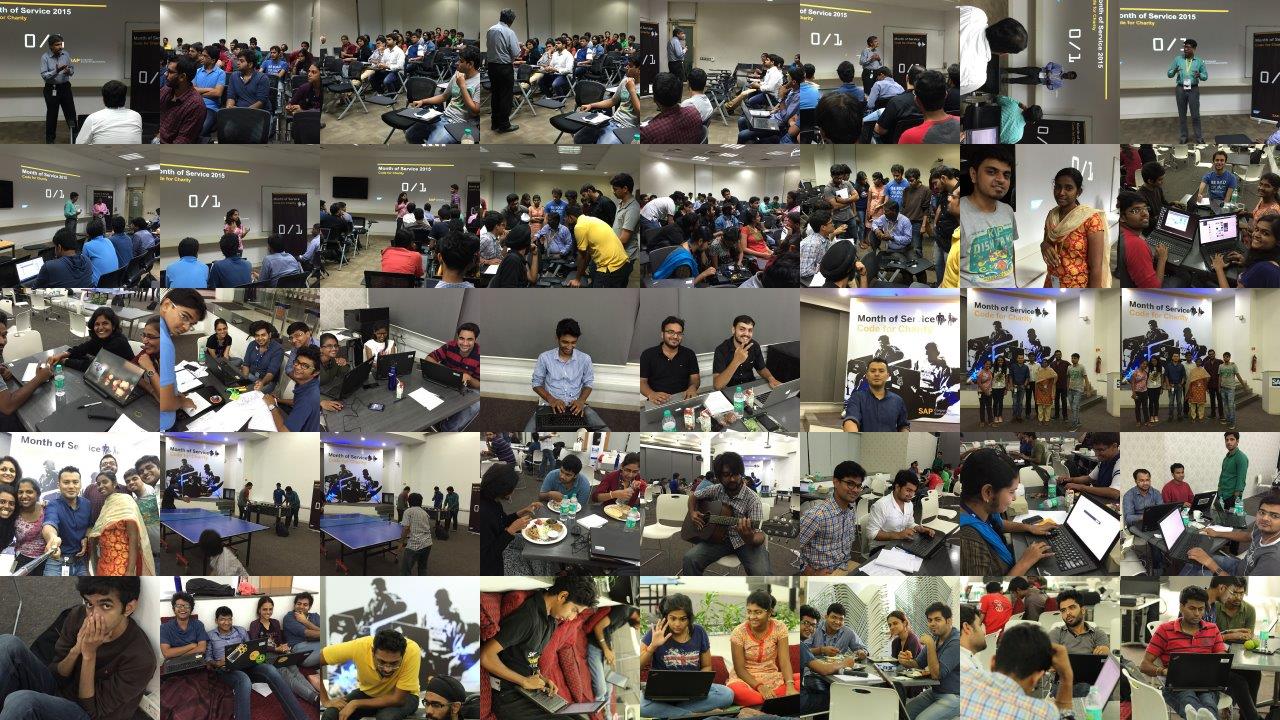 Looking forward to the next Month of Service!