Last weekend’s Waterloo Codefest started on a Friday night at the Clay and Glass Gallery in a kick-off gala. There was a unique vibe in the room. The gallery itself was gorgeous in the centre a large mobile of glass bluebirds throws light into various parts of the gallery. Almost all the participants in Codefest were students using the opportunity to mingle with professors from Wilfrid Laurier University and University of Waterloo. A caricature artist playfully sketches members, building the momentum of creativity at the event. Jeff Dungen kicked things off with a quick speech strongly focused on the mission critical objectives of a gala: networking and beverage consumption. Mayor Dave Jaworsky followed with his opening announcement welcoming everyone to the city’s first Hackathon, with SAP as the title sponsor!

Despite the brutally early start times of some of the shifts, ten dedicated SAP employees volunteered to participate in Waterloo Codefest. Among them was Sarah McMullin, Director of Emerging Technologies at SAP Waterloo. She spoke at the opening ceremonies and acted as a judge for the event.  The other volunteers provided skills-based advice to the coders on-site in shifts throughout the weekend. This was well timed as SAP is currently participating in ‘Month of Service’, a time when employees receive paid time off to participate in volunteer activities. The dedication of the volunteers was phenomenal A Toronto Consilium employee even drove down for the weekend to participate. 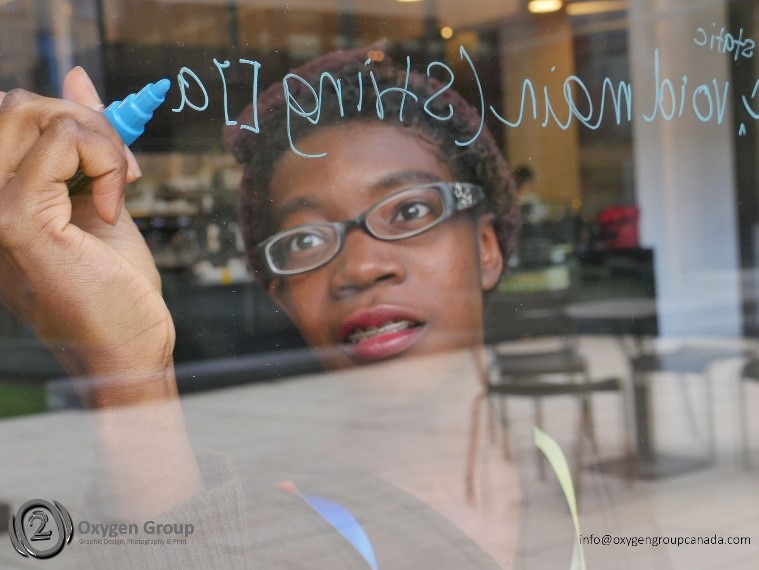 The event was held in the beautiful Centre for International Governance and Innovation (CIGI) building in uptown Waterloo. Instead of the usual booth set-up, the SAP volunteer team brought in red couches, made famous in our app haus in Waterloo. It made for a more approachable location for our mentors to chill out while waiting for the next question to come their way. The couches also acted as a networking hub for the weekend, with people dropping in to chat with SAP employees on everything from marketing advice to potential relationships. In the small hours of the morning, they were even used by some of the coders as a place to nap.

The coders produced some amazing applications with the data sets made available to them. Both the City and University of Waterloo unlocked parking, historic sites, city boundaries, public art works, parks, and building permits to the hackers. The release of data sets in the interest of transparency supports the United Nation’s newly mandated sustainable development goals of a global community, which aligns perfectly with our goals at SAP.

The third place winners created an application called NearbEYE, which identifies points of interest in proximity to the user. These include public artworks, recreation sites, galleries, hotels, academic institutions, parks, and  retail outlets.

Second place team City Tracker focused on gentrification of the city, using data sets from the City of Waterloo and Statistics Canada to allocate a topographical resources map. This was developed with the purpose of helping social workers look into resources within an area and better plan how gentrification would affect the community. The app was built on ArcGIS, Esri Canada’s geographic information system (GIS). This mapping and visualization technology is used by the City of Waterloo and many other public sectors, to store and serve the open data.

The first place team created an application called Timber, which connected trees in the Waterloo Region (yes, trees) to social media. This allowed users to create a meet-up at a tree (treetup), tweet about a tree, assign a rating to a tree and e-mail the City. While the concept behind this was developed with a smirk, it has real benefit to the city through both expansion to include parks, public art pieces, local historic sites and in its intended purpose: better tracking tree locations in reference to citizen property boundaries and warning city workers about downed trees. Super creative idea, no? 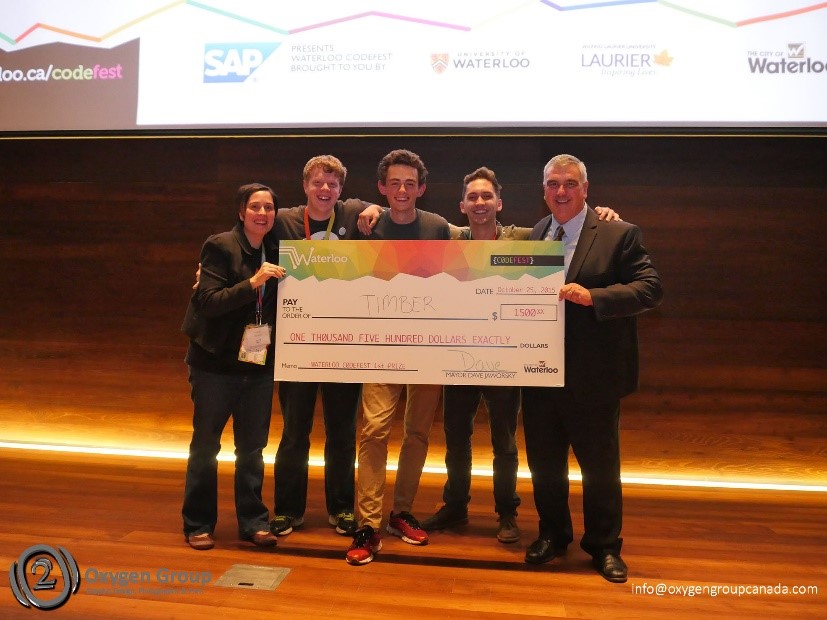 I want to say thank you to everyone who was involved in the event.  This was a big day for SAP Waterloo, we managed to do some fantastic networking, recruit some great early talent and most importantly—we were there for our community when they needed us.

Waterloo Codefest In the News