Everything in manufacturing needs to be digital

According to Boeing’s forecast, a total amount of 38,050 new passenger aircraft and freighters will be delivered during the next 20 years. This growing demand for new planes leads directly to the continuing drive to reduce production time and costs while maintaining consistent quality.

In order to face this challenge, the Aerospace and Defense industry has to change their manufacturing processes, whereby the latest technology trends like Big Data Analysis, Quality Prediction, as well as Internet of Things, enable an end-to-end digital approach from concept to assembly. The ongoing process of digital transformation is the key element in doing so, as reflected by the fact, that 53% of the aerospace companies expect digital transformation to help reduce costly manufacturing delays.

But what exactly needs to be done? What are the benefits? And, most importantly, what role do human beings play in this context?

The digital strategy of every company should include the business process of manufacturing as one of the key pillars. Smarter and more connected assembly lines have to be introduced as a fundamental change in Aerospace and Defense industry.

Referring to Dennis Little, Vice President of Production of Lockheed Martin Space Systems, Lockheed Martin is endeavoring to change their manufacturing into a digital one. In order to provide you an impression, what a smart and connected assembly line looks like, have a look at the following video, presenting the F-35 Lightning II Factory at Air Force Plant 4 in Fort Worth, Texas.

The right information at the right time on the right device

Focusing on the role of human beings, a guiding principle of a smarter factory describes having the right information at the right time on the right device. In this context, human beings on the shop floors are supported by 3D asset visualization, virtual coaching and wearable devices, such as tablets or smart glasses, resulting in more safety and less errors. By implementing features like finger-, or even eye-tracking, voice control and projection of work-instruction images in 3D, decision quality, profitability and productivity will improve. As an example, Northrop Grumman, a world-leading defense contractor, could reduce their delivery times by up to 20% due to less rework and more efficient operations by using SAP 3D Visualization. 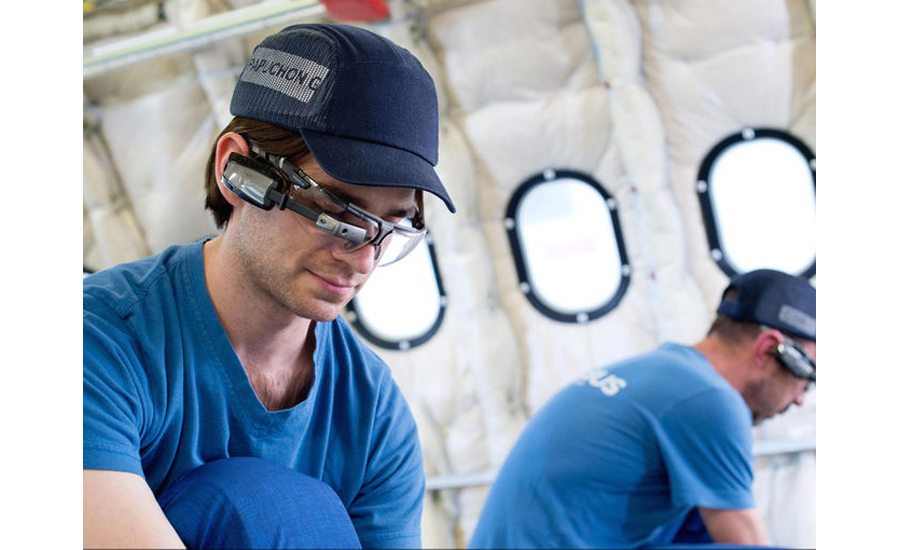 Considering the manufacturing processes, 3D Printing act as a game changer, especially in aiming at the reduction of production costs, improvement of quality and throughput. Without 3D Printing, prototypes either needs to be hand crafted or deferred until a tool is produced. A printed part is available in any shape within hours. In addition to the offering of faster, more flexible demand fulfillment and shortening the development cycle, 3D printing processes, so called Additive Layer Manufacturing (ALM), produce only 5% waste material at Airbus. And Airbus should know it, because their A350 XWB aircraft contains over 1000 3D printed parts.

Lockheed Martin, as a pioneer in ALM, proclaims significant advantages in manufacturing by using 3D Printing, shown in the next figure.

Computer suited personal and robots work side by side

The factory of the future is similarly characterized by a production line where computer suited personal and robots work side by side. Whereby in an automotive plant 1000 cars are manufactured a day, Airbus is currently able to produce 1,5 planes per day. With regard to the tasks, which have to last several hours, the programming of robots is extremely complex. At present smart robots do repetitive tasks, like automated drilling, while for the difficult tasks greater skills of human beings are required. 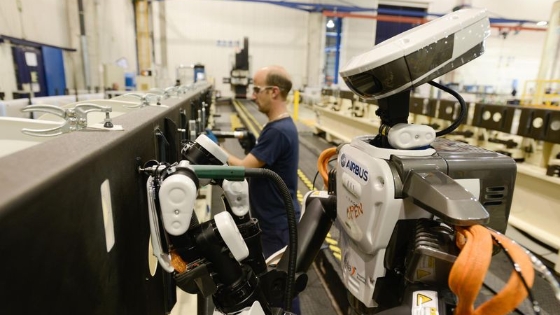 Figure 3: Humans and two-armed robots work side by side at Airbus Puero Real plant in Cádiz (3)

However, according to Airbus, the next generation of humanoid robots will be able to imitate things, they have seen. It remains to be seen, which role human beings will assume. I am of the opinion that the Aerospace and Defense industry cannot be imagined without human beings, especially because of high security standardization, concerning quality checks and inspections. Consequently the future factory has to be human-centered and obviously digital, enhancing workers’ performance, as Dennis Little stated.

Take a look at Airbus’ idea of the future factory.

Finally I would be very interested in getting to know your opinion and even your experiences. To what extent will robots replace humans on the shop floors of the 21st century? Which other aspects will be influenced by digital transformation in manufacturing?

Other examples of digital transformation in Aerospace:

Fasten your seatbelts! Next generation of finance transformation is on the way

Predictability in manufacturing leads to profitability

5 Reasons why Chinese aircraft manufacturer will become a global contender