Many thanks to all of the 432 participants from all five continents that replied to our survey!

The results are published in two separate blogs. This first one covers the general questions which have remained the same as in the previous years. The second blog will include the results of the focus topic ‘RESTful web services and cloud integration’. The complete survey results are forwarded to all participants who have included their email address in the survey registration. 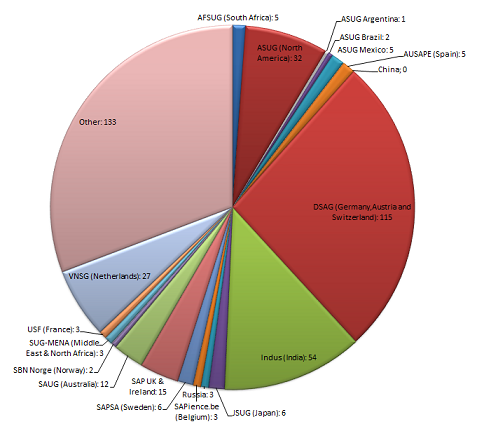 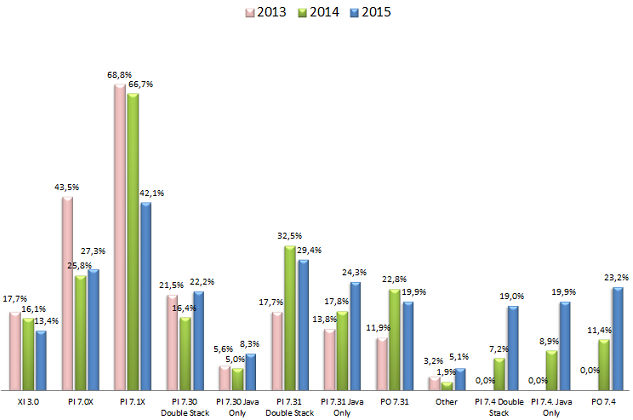 An interesting development is that the majority of 7.40 installations are already on Java Only. 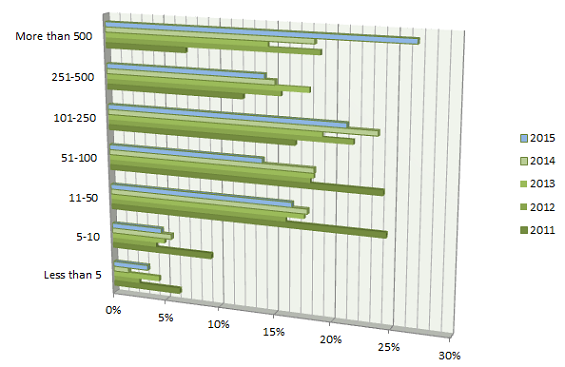 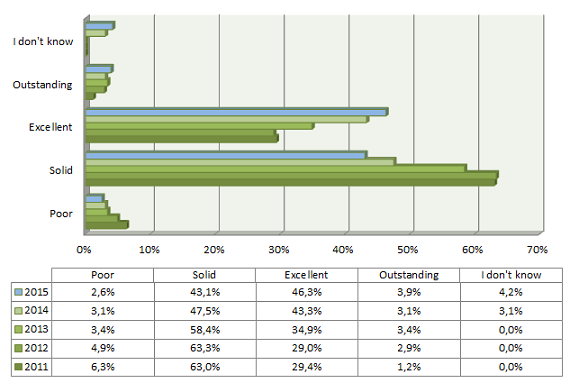 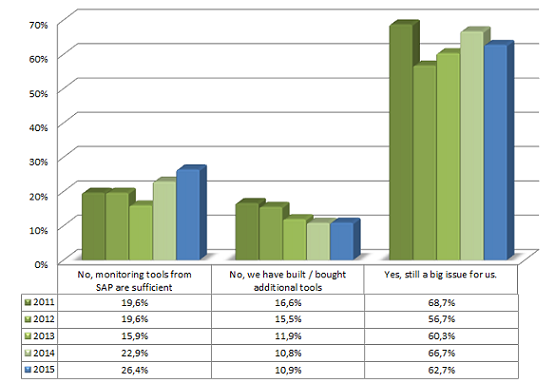 Use of central PI monitoring on SAP Solution Manager: 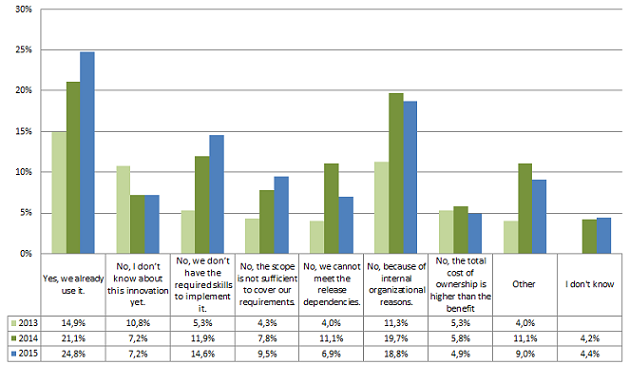 Weighting of general pain points over the last 5 years: 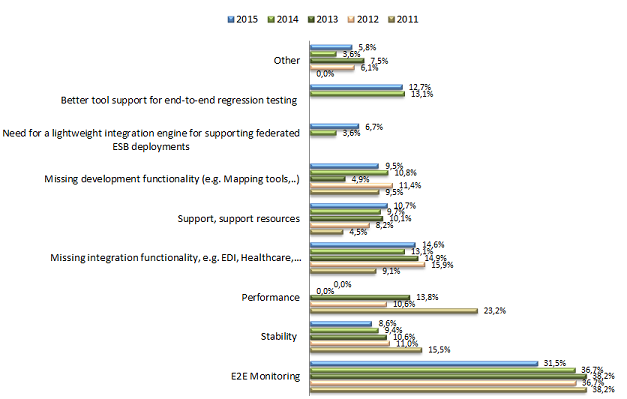 The general question in regards to pain points confirms the results from last year that performance and stability is no critical issue for most of the companies, while end-to-end monitoring remains at a constantly high level.

The results of 2015 focus topic ‘RESTful web services and cloud integration’ are published in the following blog: