When there is an issue involving the screens rendered via ITS service or via WEBGUI, an HTTP trace can help finding the solution for the issue.

I will present two of the most popular sniffers, Fiddler and HttpWatch, showing the differences among them.

Fiddler is a web debugging proxy tool. It is installed independent from the web browser used. Installing Fiddler allows you to record an HTTP trace using Internet Explorer, Firefox, Chrome and Safari.

Fiddler is free, but offers a Enterprise Support subscription. There is no limitations in the free version. 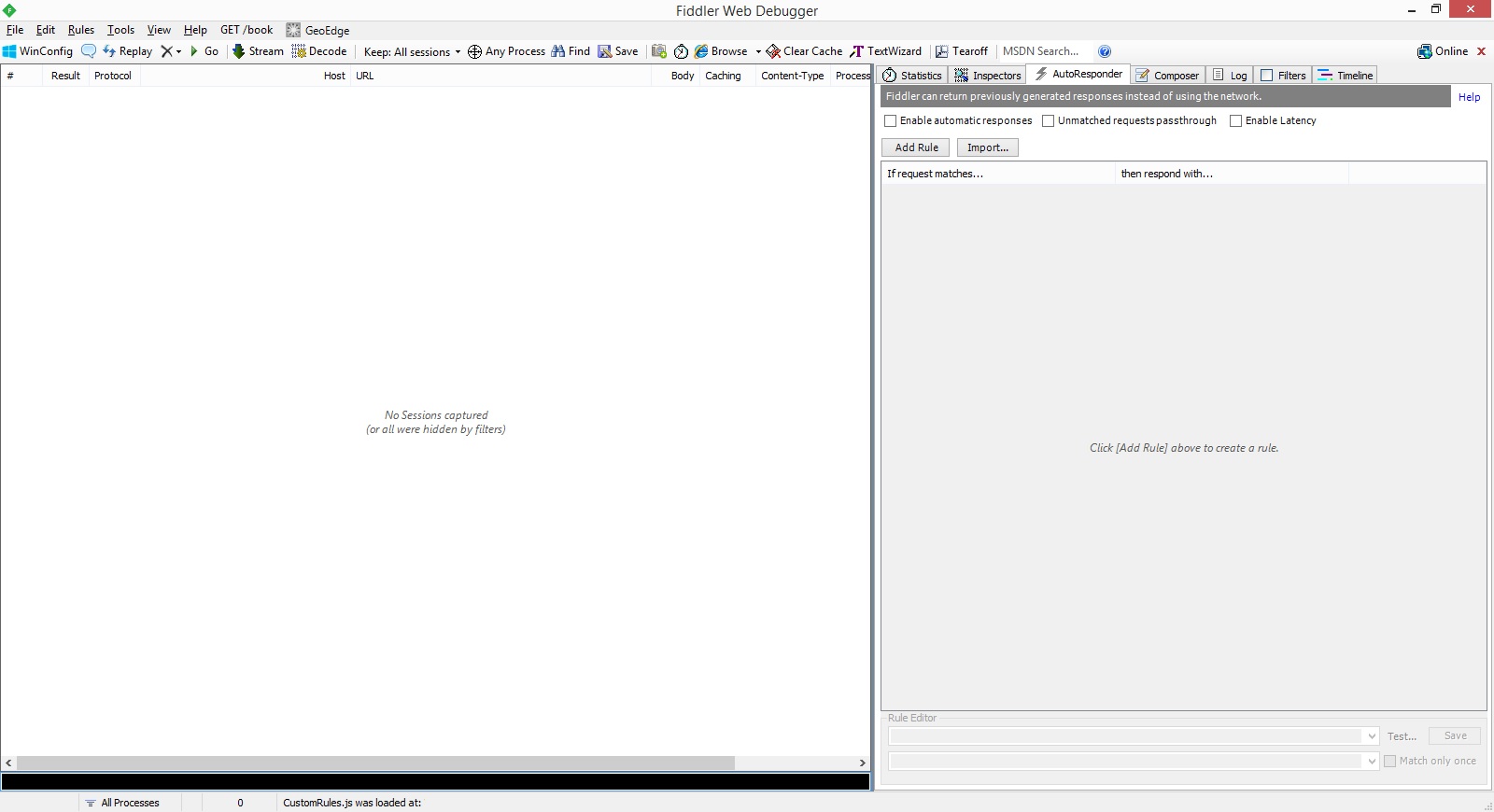 HttpWatch is a browser HTTP sniffer. It installs a plugin for the support web browsers: Internet Explorer 8 to 11 and Mozilla Firefox 32 to 40. There is no support for new Firefox releases. (http://blog.httpwatch.com/2015/08/12/httpwatch-will-not-support-firefox-41/) 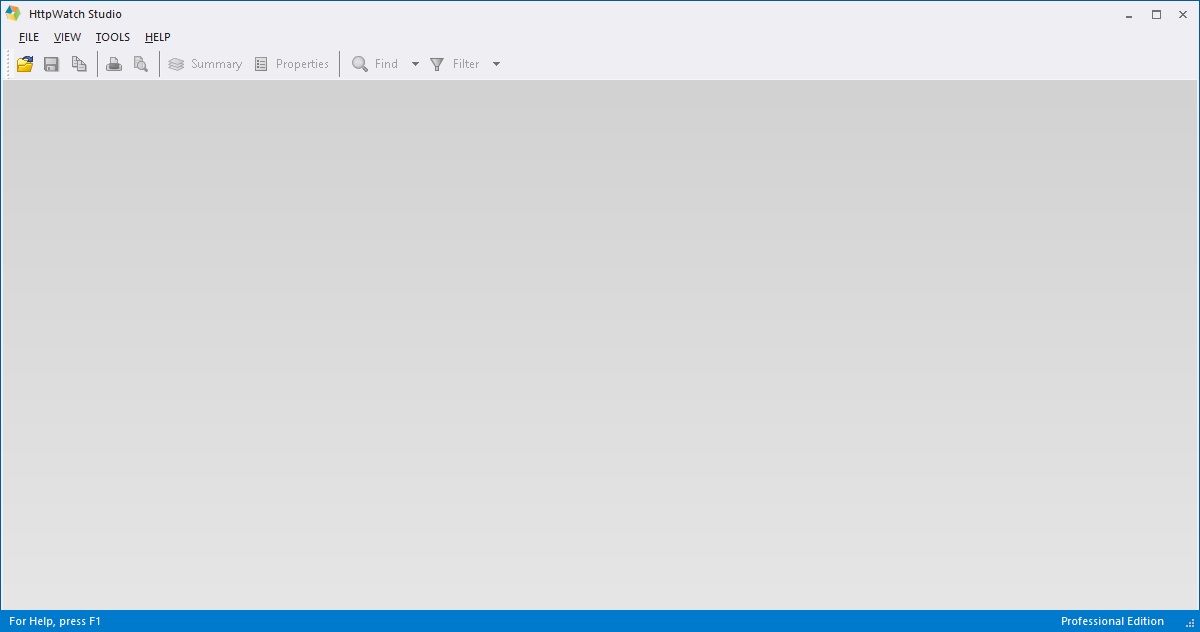 By simply opening Fiddler, the capture of the network traffic starts – independent of which web browser is opened! Just press F12 to stop the recording and delete the entries that might have appeared in the window.

Be sure to close all the unnecessary web browser windows.

Start recording (by pressing F12 again) and reproduce the issue in the web browser window. 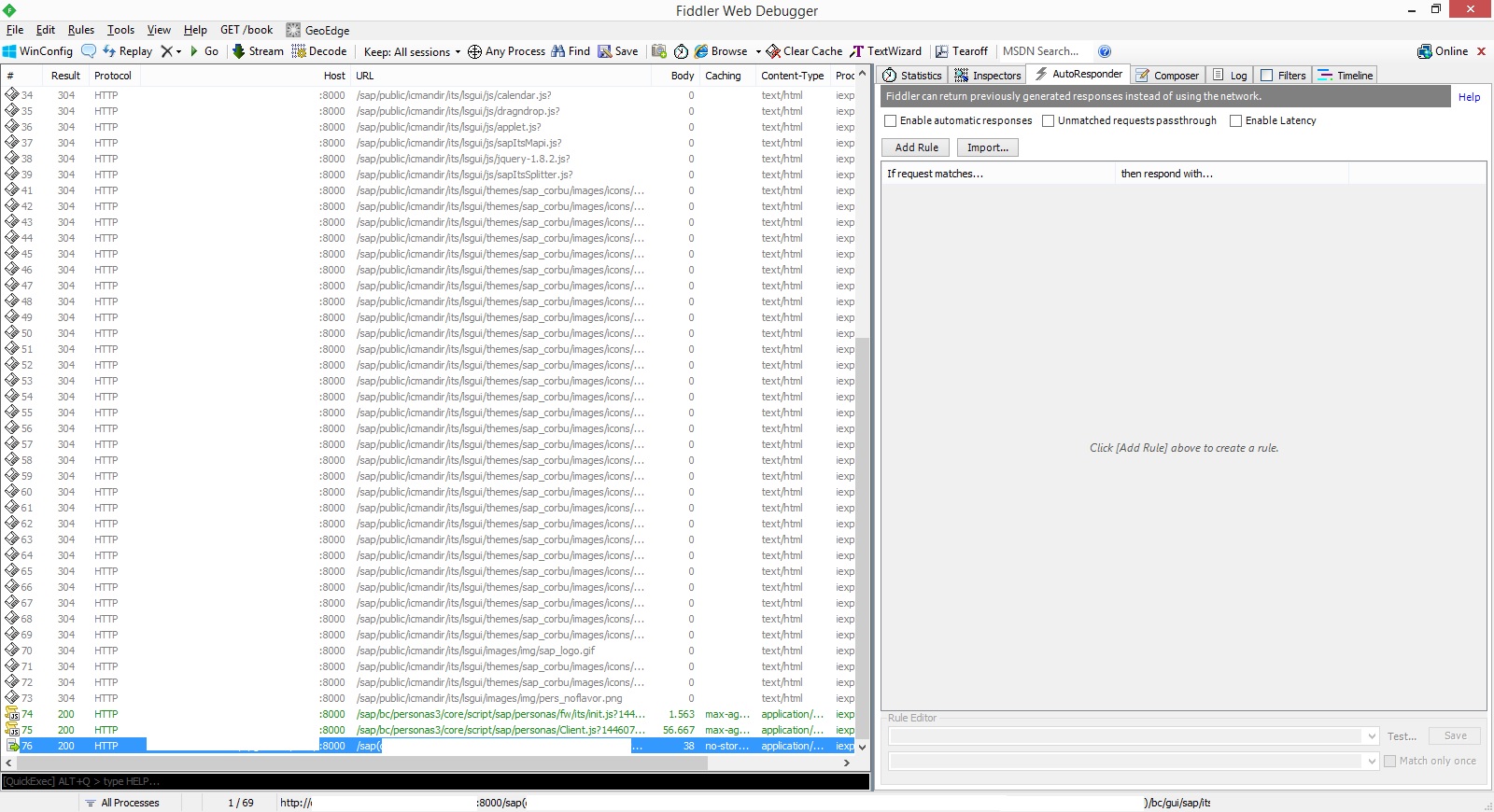 You can save the session using format SAZ – the default option. You can come back later to continue the analysis: 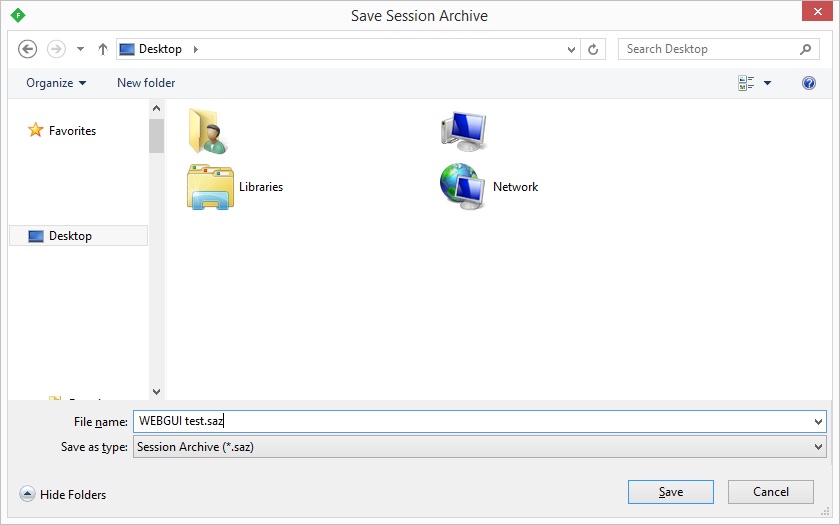 The easiest way to record the trace using HttpWatch, is opening the plugin and press the record button – quite intuitive. In IE, just click “Tools” -> “HttpWatch Professional” (“HttpWatch Basic” for the other version): 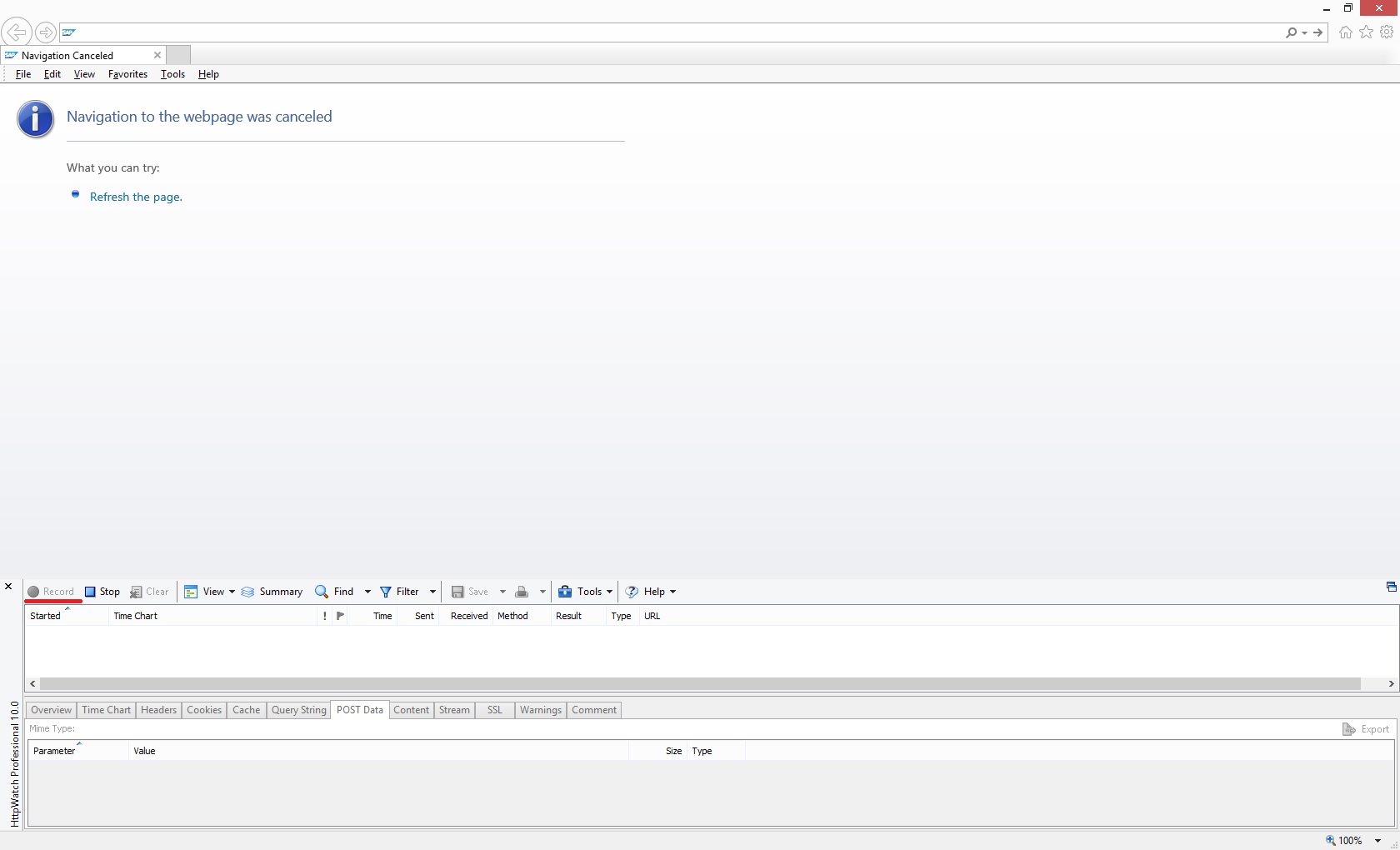 Then reproduce the issue. Click in the Stop button when finished: 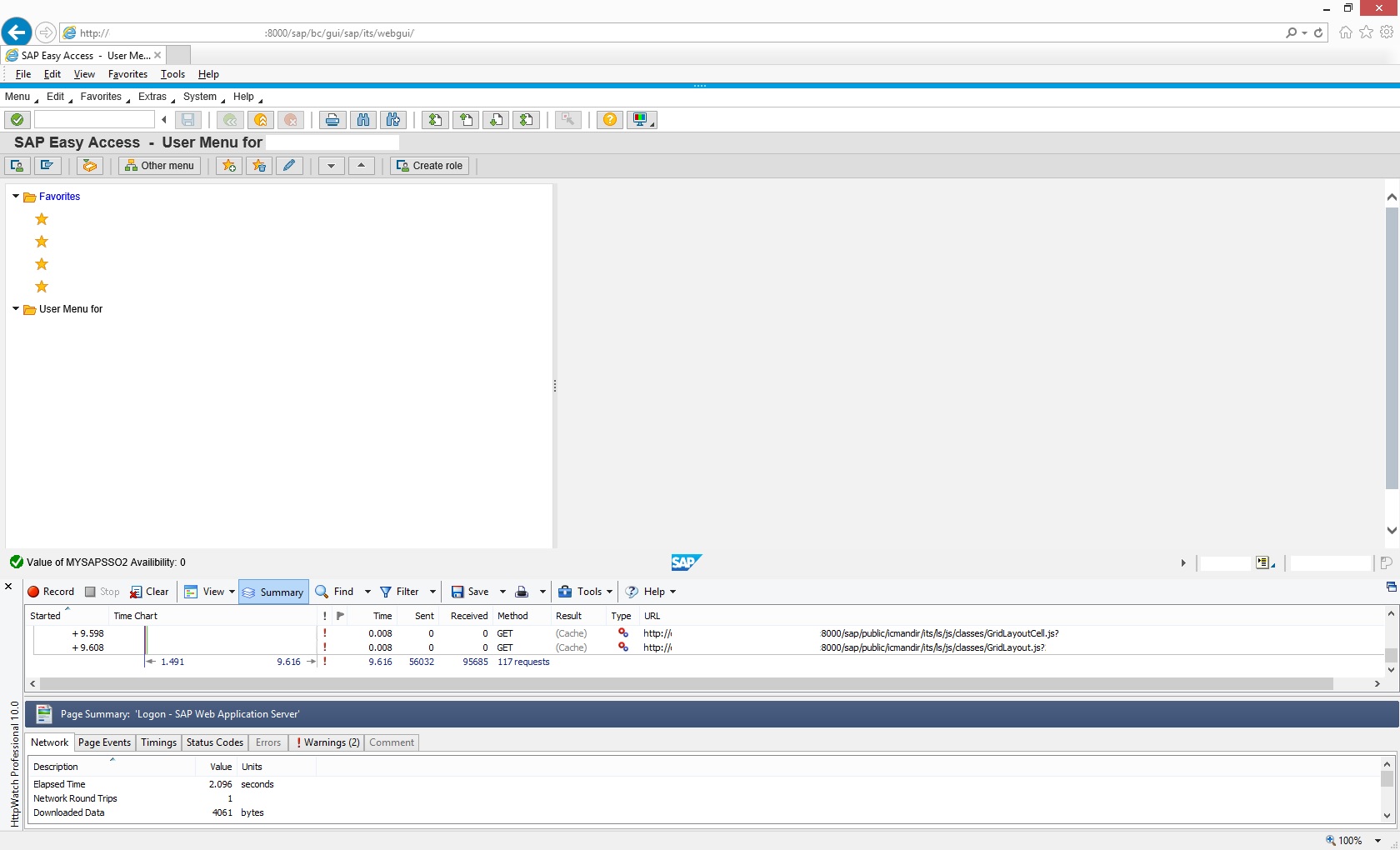 The file can be saved with HWL format, which holds all the information. There are other file format options, but there are information loss. 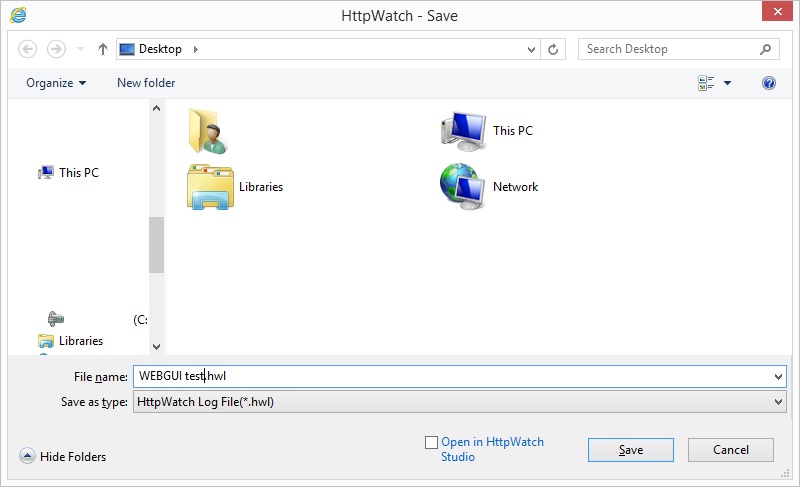 Let me show the differences between the traces – how to obtain the same information in both tools.

Later on, how to use advanced features provided in both applications – and how this can help to resolve issues involving ITS/WEBGUI.

1816543 – How to create HttpWatch trace to troubleshoot ITS related problem