In the following post we will describe a bug found in the SAP PI Soap Adapter.

This bug is related to the admissible length of User:Pass pair during the basic-authentication in the Soap Adapter.

During the post we will cover the whole process:

– Context of the project

The SAP_XIAF component is running in the release:

Right now we are developing a project integrating SuccessFactors with SAP ECC.

SuccessFactors is a cloud HR solution, so a cloud integrator called BOOMI, it´s used in order to ease the communication with the HR plattform.

The following user was generated in order to test the flows in Boomi. 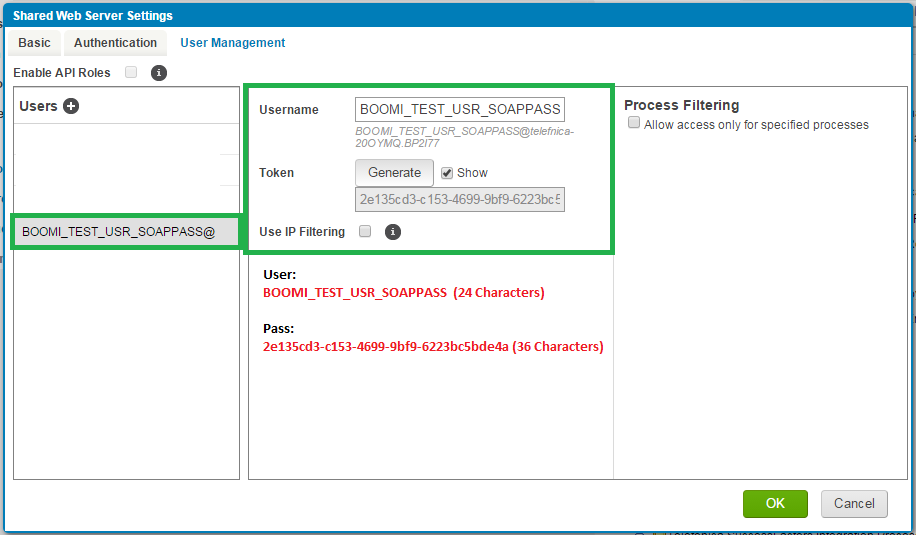 As you can see the autogenerated pass was really long.

We configured the SAP PI Soap Channel the following way: 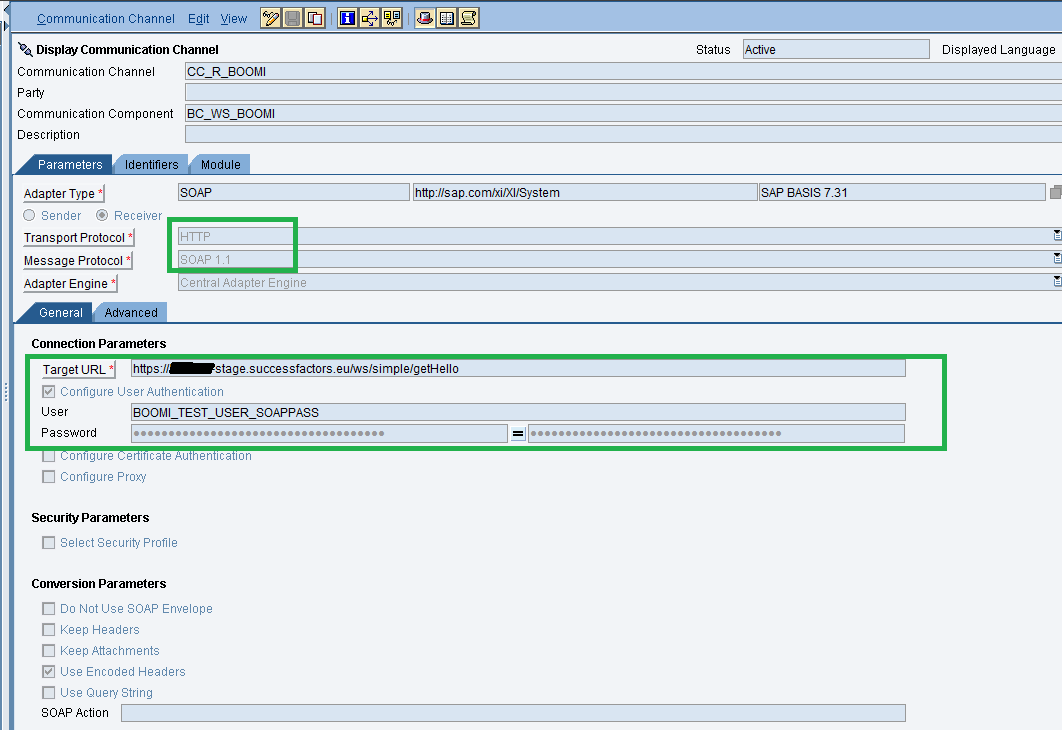 When we started the tests, we found the following error in the Soap Receiver Channel:

Which meant that the authentication was not working.

So we placed a TCPMon between SAP PI and Boomi:

There must be visibility between TCPMon and SAP PI, so we placed the TCPMon inside the SAP PI Machine, which was running on a HP-UX SO.

We´ll use the putty to start the TCPMon.

A special configuration must be done in putty in order to pass the TCPMon Screen to the XMING.  (X11 forwarding)

We´ll set up the TCPMon to listen in the port 8899, and pass the received request to:

Once the TCPMon is listening the following screen is shown: 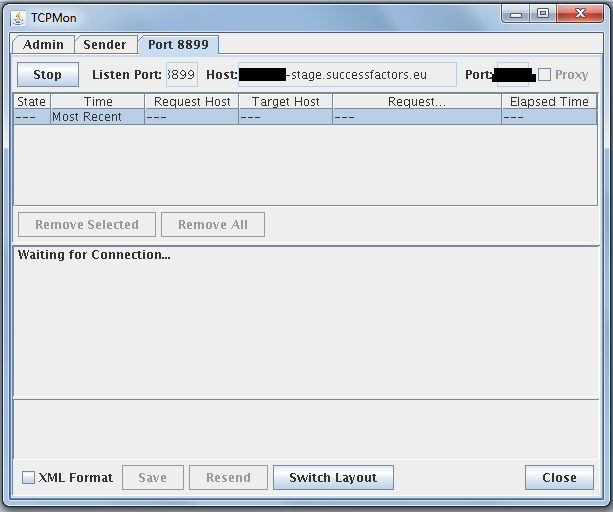 The SAP PI Soap Communication Channel must be reconfigured, pointing to the TCPMon Host and port. 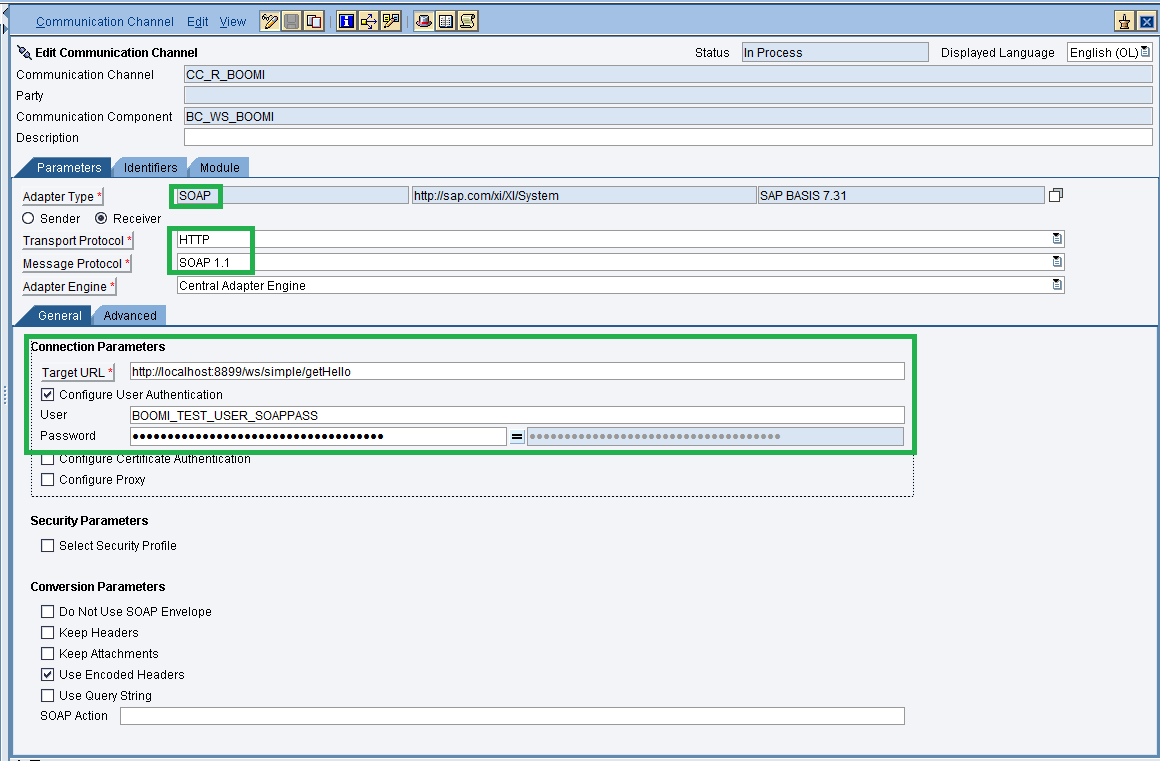 As you can see the SAP PI communication channel is now pointing to the TCPMon.

Everything is ready, so the scenario is executed once again.

In the TCP Mon we should be able to see the payload and the HTTP headers that are being passed to Boomi: 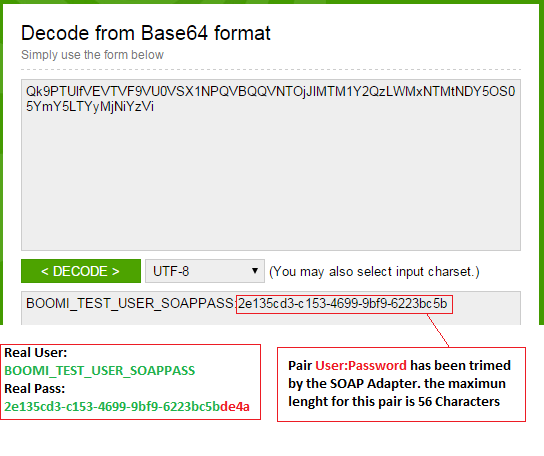 When we decode the Basic Auth Header, we can see the real User:Pass pair sent to Boomi.

We have detected that User:Pass Pair can´t longer than 56 Characters, at least for this SAP PI Version.

There are several workarounds for this problem ….

2.- Use Http AAE Adapter (create soap:envelope in the mapping)

3.- I guess that updating/upgrading the system should solve this SOAP Adapter the issue …

I met this bug a few years ago. Fortunately the developer of the external Web Service agreed to make my password shorter.

Thanks for your post - this bug can be a tricky one for an inexperienced PI consultant cos HTTP error: "401 unauthorized" is in this case a little bit misleading.

Good to know. Thanks Mikel.