How One Retailer is Putting Children on the MAP

Global shopping aficionados know that Jakarta, Indonesia is in the international big leagues. By way of example, within just one area of Jakarta, shoppers can find cultural and traditional batik offerings at the Ancol Arts Market as well as great deals at the Mangga Dua Wholesale Center.

Not far from there, adventure awaits shoppers and children alike at the four-mall megaplex at Kelpa Gading – complete with a brand new kid’s theme park, Mall of Indonesia. With many more malls and shopping areas south, east, and west of the city, it’s no wonder that Jakarta is a truly shopper’s paradise. And amidst this plethora of shopping malls, there is one company that touches almost every shopping experience. 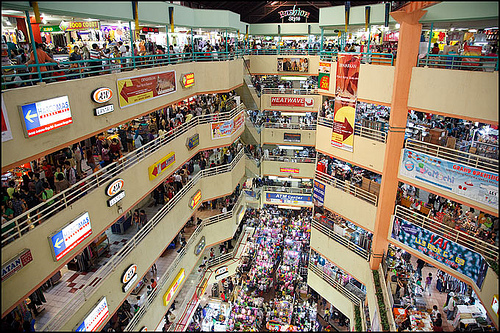 Mitra Adiperkasa Tbk (MAP) is the number-one lifestyle retailer in Indonesia, with over 1,900 retail locations, 150 brands, and over 23,000 employees. The company was also selected by Fortune Indonesia in 2011 as one the most admired businesses in the nation.

Many are already aware that, as Indonesia’s “superbrand,” MAP’s stated goal is to, “bring health, happiness, and a more fulfilling lifestyle to customers.”  However, less well-known are the efforts that MAP makes behind the scenes involving education programs for underprivileged children. According to government statistics, over 50 million Indonesian children under the age of 15 live below the poverty line. Many of these children are orphaned and living on the street.

MAP believes that the most effective way to break the cycle of poverty is through fulfillment of the right to education. In 2014 MAP established a learning house called Rumah Belajar Anak Bintang (RaJAb), with locations now in Sukawening and Gempolsari, Indonesia.  Activities for children within RaJAB, in addition to the academic sessions, include enrichment and monitoring programs, educational field trips, and parenting sessions.

MAP clearly understands that growing up and progressing through life today can be extremely challenging. Given the magnitude of locations and customer shopping preferences, it’s not surprising that the retailer was experiencing some growing pains and challenges of its own.

For example, MAP needed to dramatically accelerate the sourcing cycle, as well as greatly reduce costs. MAP also wanted to own and execute the sourcing and negotiation of all of its purchases at a consolidated group level.  In order to do that, it needed an effective and efficient sourcing platform. Fortuitously, the Ariba Sourcing solution combined with bundled consulting services by OnProcess Technology greatly helped achieve this goal.

Ariba Sourcing is a quick-to-deploy, cloud-based solution. Not only did MAP see an immediate 60% acceleration of its sourcing cycle, but year-one ROI was recovered two weeks after going live, with a close to fourfold ROI after just two months.

Other benefits to the new solution included:

“We deployed Ariba Sourcing to transform our sourcing processes and follow best practices. With Ariba Sourcing in place, we can execute procurement in a more efficient, transparent, informed, and collaborative way, helping drive cost competitiveness. The OnProcess Technology consulting team supported us in this journey and helped drive compliance across the organization.”

Another aspect of MAP’s journey involves activities driven by a core belief that a business has a responsibility not only to employees and shareholders, but also to improving the lives of the people of Indonesia.

Many young people in Indonesia continue to face the daunting challenge of being born into poverty. So as it streamlines its own business processes with cutting-edge IT, MAP is using the same level of technology to add firepower to its efforts toward empowering young people with the necessary skills to become forward-ready for the life – and the fun shopping trips – ahead.