What happens in Vegas stays in Vegas — I hope not! 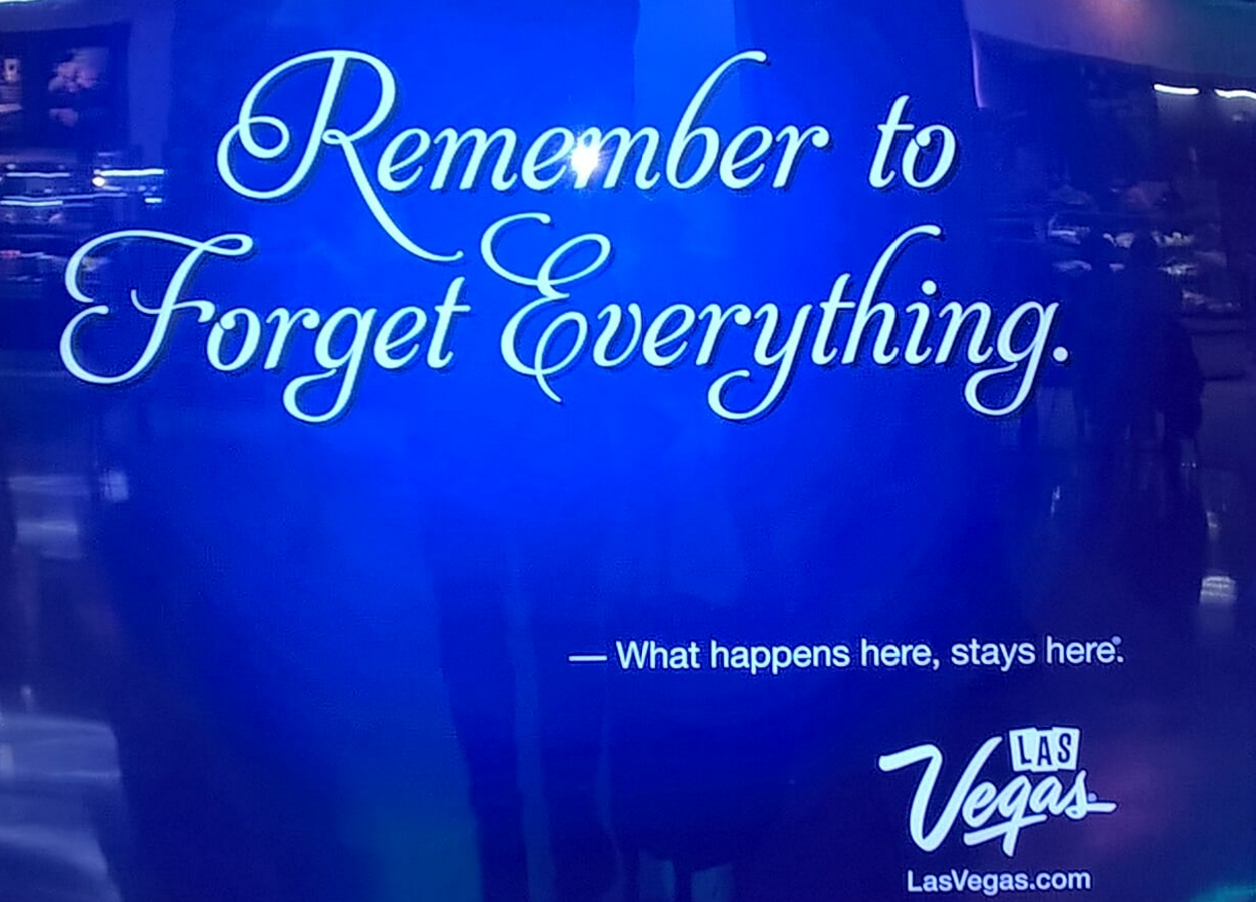 I am just returning from a fantastic SAP TechEd Las Vegas. It was actually my first SAP TechEd in the US. In the last years I was always at TechEd Europe, but this time I had the chance to attend both.

As mentioned before we did not only have a booth presence together with Microsoft, but we also presented SAP Gateway for Microsoft in several sessions. And we had a fantastic start. Right after the keynote on Tuesday we hosted a Mini Code Jam session. The format is that on 12 laptops students can sit down and work on a certain topic.

MOB600 – SAP Fiori Processes in MS Office On Premise, In the cloud, On Any Device

Our first session was all about getting SAP Fiori My Inbox Workflows in Outlook. The feedback was simply fantastic! We had much, much more than the 12 students attending. I was told that overall over 120 people attended and stayed throughout the session. Thanks to a template that will soon be published on GitHub it is a matter of a few configurations before you can see and work with your SAP Workflows in Outlook. In addition to working with your workflows on your rich client in Outlook 2013 you can also use Outlook Web App in a browser to approve and reject.

After the session we also got lots of positive feedback. A lot of questions were raised — and hopefully answered. 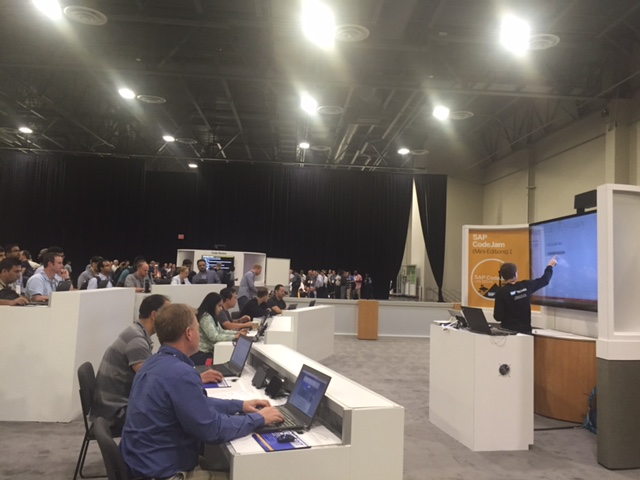 MOB708 – Workflows in Outlook Anywhere: Apps for Office and SAP Gateway for Microsoft

After the hands-on Mini Code Jam session we also had a Code Review session on the workflow integration. Together with Microsoft we took a closer look at the code behind the integration. We talked about the template, the architecture, the Single Sign On. 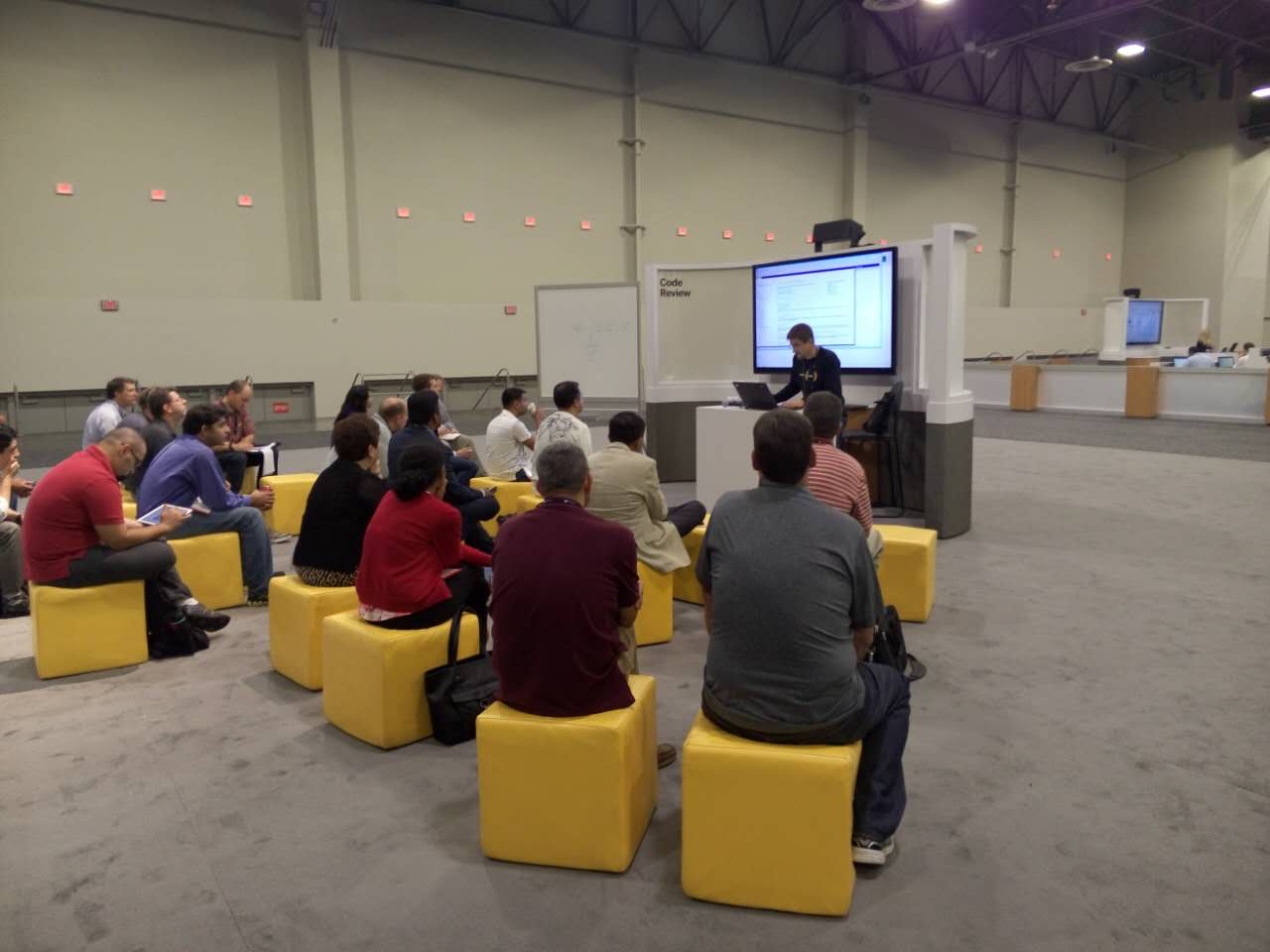 Up until now we had been talking about the new option leveraging the Apps for Office model in Office 2013 and Office 365. We know that not all of our customers are already using Office 2013 or Office 365. So that’s why we still support the integration in older Office releases. In this code Review session we showed how you can leverage the templates from SAP Gateway for Microsoft to quickly take an existing workflow (in our demo we used a Purchase Order Approval) and get that in Outlook. All pretty easy…

Then we had a Code Review session where we talked about the integration in Excel leveraging SAP Gateway for Microsoft. We talked about the out of the box Excel 2010 / 2013 integration with SAP Gateway for Microsoft, but also the possibilities with the Apps for Office Model in Excel 2013 and Excel Online. Actually we didn’t have too much time to go very deep in the code. There were so many questions that just dealt with the overall functionality, the roadmap and features. It was a lot of fun to see so much interaction.

For the Excel Online scenario we also did a Mini Code Jam later on where we started from scratch and developed a simple retrieval app in Excel Online. This was all very basic, but showed how with standard components you could create an Excel add-in and later enrich it with OData service calls. 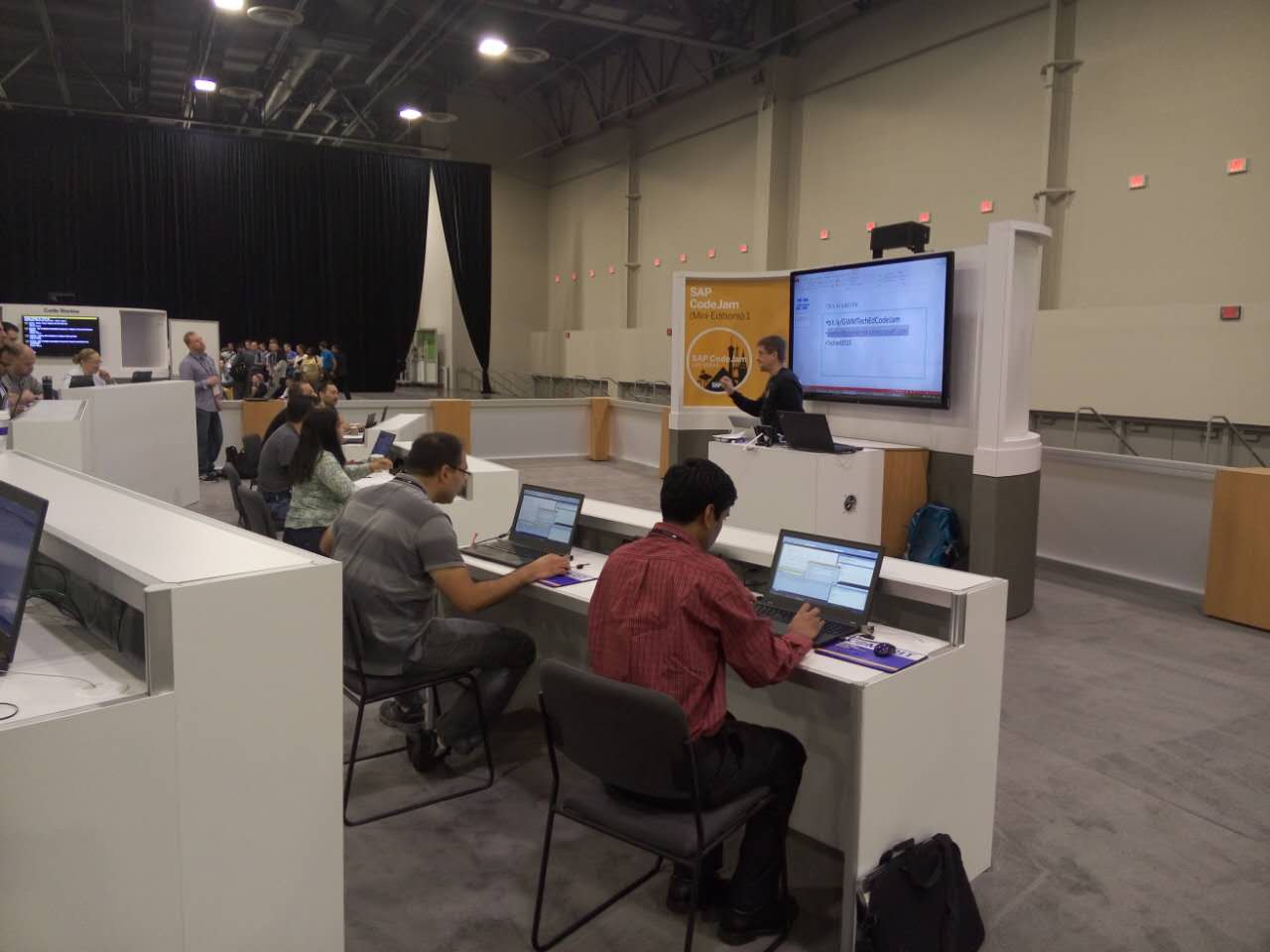 So all in all our sessions were very well attended and we also got some very good feedback. For those of you who could not attend SAP TechEd Las Vegas and who will be at Barcelona I hope to see you there. Either come to one of our session or visit us at the Microsoft booth.

Here is the schedule for our joint sessions in Barcelona.

MOB600 – SAP Fiori Processes in MS Office On Premise, In the cloud, On Any Device

MOB708 – Workflows in Outlook Anywhere: Apps for Office and SAP Gateway for Microsoft

I attended MOB600 and MOB604 in Vegas. Great sessions!! Sadly the Material is not on the USB stick.... The presentations were great and I spent some time at the Microsoft booth to get more details. Hope you get the same reception also in Barcelona!

the files are all on bitly.com/GWMTechEdCodeJam However, I will create a new link after Barcelona and will also create a related blog to explain in more detail what was done.